In time of turmoil, Man Up Philly keeps raising the bar 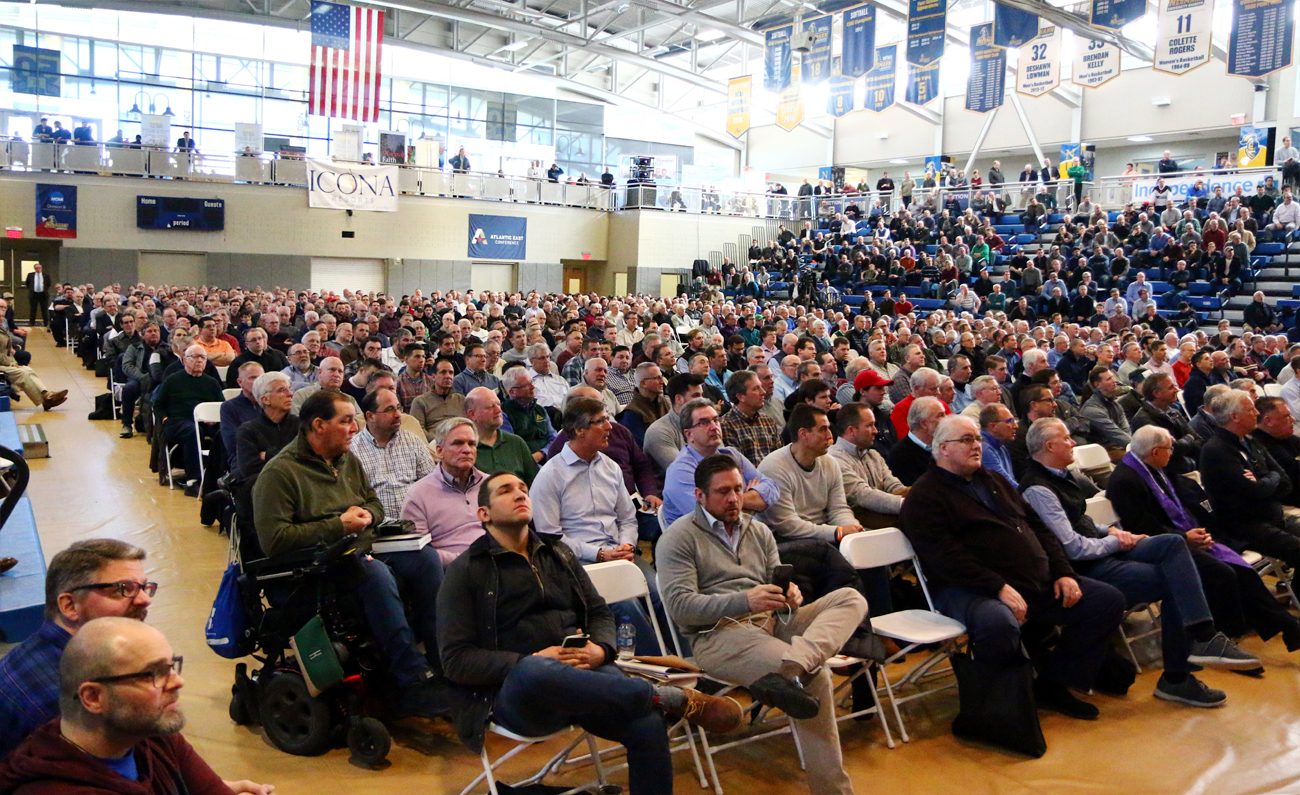 Some 1,500 men brought the total participants for the all-day Man Up Philly conference to a new high this year, its 11th consecutive, held March 9 at Neumann University, Aston.

At a time of turmoil in the Catholic Church, this event now in its 11th year is countering that trend with almost every year surpassing the previous year in attendance.

“The world needs faithful Catholic men, men with a hunger to be saints,” said Archbishop Charles Chaput in a message to the gathering. “The role of the Catholic husband and father — a man who sacrifices his own desires out of love, to serve the needs of his wife and children, is the living cornerstone of a Christian home.

“The church in this country may face a very hard road in the next 20 years. Her sons need to step up with courage and purity of heart to lead by the witness of their daily lives.”

This year’s attendance was approximately 1,500 men, according to Eustace Mita, who has been Man Up chairman from the very beginning. While the concept began in Philadelphia, as a movement it is spreading. This year it was replicated in New Jersey with an initial turnout of 700, according to Mita, and there are plans to bring it to New York and Boston next year, with the blessing of those archdioceses.

Part of the secret behind the success of Man Up is the mixture of local and nationally known presenters speaking on spiritual issues. For example this year the lineup featured Australian-born Matthew Kelly, founder of the Dynamic Catholic Institute; Deacon Howard Burke-Sivers, a Catholic evangelist and author who appears on various Catholic media outlets; and appropriate at this time of year, internationally known Irish tenor Mark Forrest.

Clearly this year’s biggest draw was former Philadelphia Eagles quarterback Ron Jaworski, who connected with his receivers in a talk on spiritual motivation in the sports world.

Bishop Timothy Senior, the rector of St. Charles Borromeo Seminary, bookended the day by leading Morning Prayer and celebrating a concluding Mass in the afternoon.

“In a time of trouble, Man Up Philly stands out as a unique celebration of faith in God’s goodness,” Bishop Senior noted, “and a rededication in his name to family values, community service and respect for all life.”

There were also 21 priests on hand to hear confessions including Msgr. Ralph Chieffo, the chaplain for Man Up who has been with it from the very beginning.

Also attending and speaking was Father Stephen DeLacy, director of the Vocation Office for Diocesan Priesthood, and Deacon Michael Pascarella of the Department of Permanent Deacons, both taking advantage of a conference that can clearly be a source of religious vocations. By a show of hands there definitely were men willing to man up in that respect.

But of course most who came were just there to renew their commitment to the Lord and get a bit of encouragement along the journey.

“I come every year,” said Mark Cordero of St. Frances Cabrini Parish, Fairless Hills. “I guess it’s because of what everyone comes for. There is joy and inspiration here.”

That’s really what Man Up Philly is, in a nutshell. 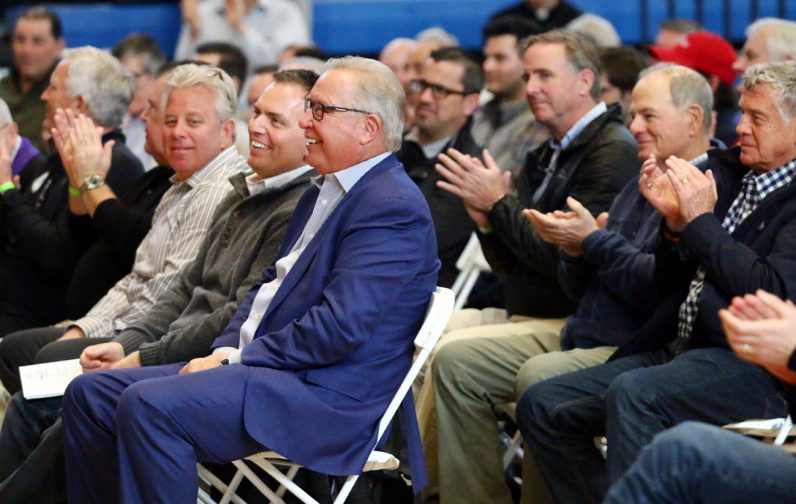