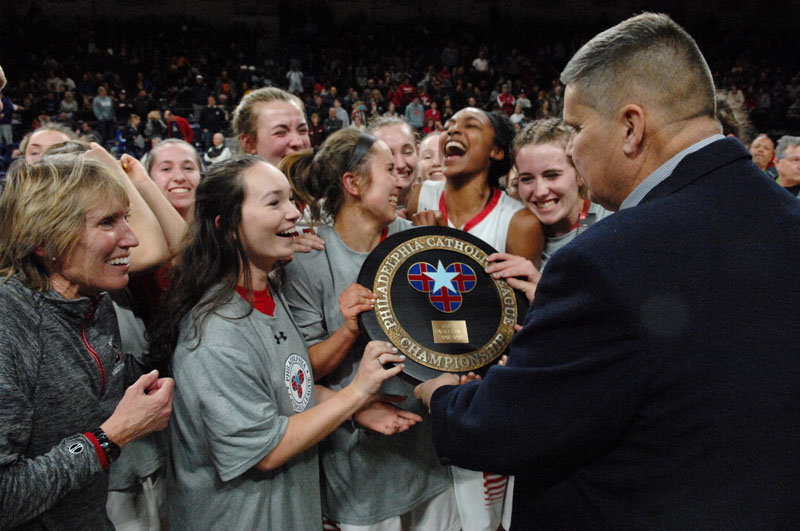 Despite leading for 31 minutes and 25 seconds of the game, Archbishop Carroll found itself tied with Archbishop Wood heading into overtime in the Catholic League girls’ basketball championship Feb. 25 at the Palestra.

Just 17 seconds into the extra session, Wood junior Lindsay Tretter connected on a three, and the Vikings had their second lead of the night at 42-39. The Wood bench and their fans were going crazy.

Like she has done so many times over the past four months, it was Sweeney who made a crucial basket, a three-pointer a half minute after Tretter’s. The momentum had swung back to Carroll, and this time, the Patriots grabbed it, embraced it and didn’t let it go.

Sweeney would then swish four free throws over the final 27 seconds, and the Carroll defense would not allow another point. The Patriots’ 48-42 victory provided them their first championship since 2012.

“You can’t be afraid to take shots,” said Sweeney. “If they’re fouling and putting you on the line, you have to find a way to make them.”

Sweeney finished with 18 points and eight rebounds. Senior Harlem Jennings (15 points, six rebounds, four steals) was a force all game long and would have been an obvious selection as championship MVP if such an honor existed. 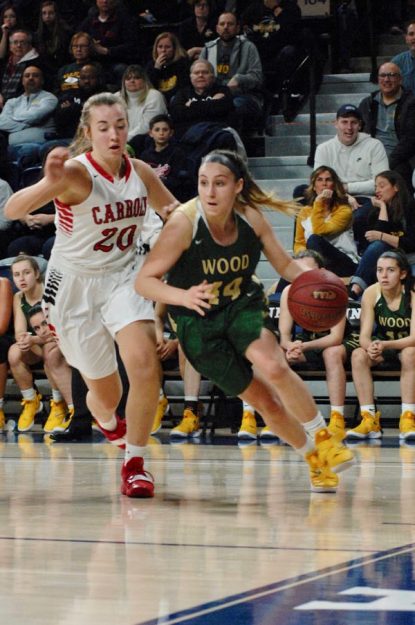 “They’re a very good team,” said Carroll coach Renie Shields, who had been an assistant coach on three prior Carroll championship squads. “The league is so competitive. It’s not surprising it took overtime to decide the Catholic League champion.”

Sweeney was asked to summarize the moment in one sentence.

“There is no greater feeling than this,” she said.

And that pretty much said it all.