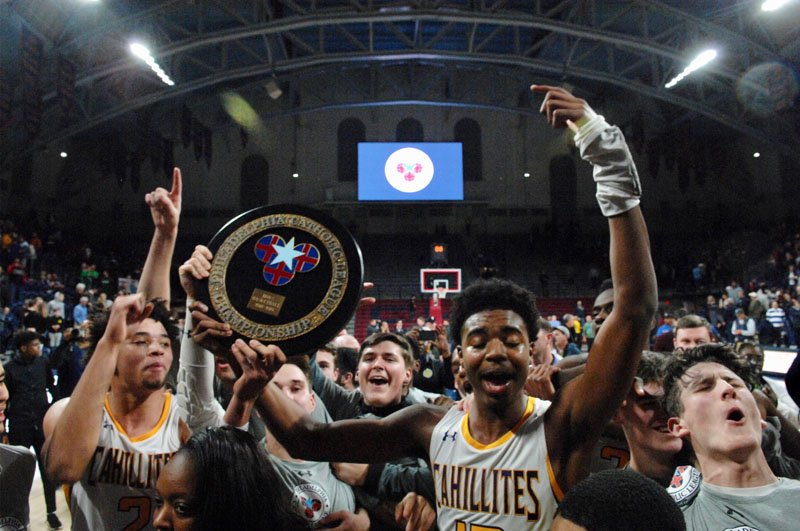 It was over from the start.

Roman Catholic came out fast and furious and never seriously struggled, winning the Catholic League boys’ basketball title over La Salle, 64-50, Feb. 25 at an electric Palestra. The defending state champion Cahillites have captured four of the past five crowns and a Catholic League-best 32 altogether.

“Part of our game plan was to get to an early lead,” said Roman coach Matt Griffin, who in three seasons has advanced to three finals, winning the past two. “They do a terrific job of running their offense. It was important for us to execute defensively, contest their threes, and try to hold them to one shot. We did that to the best of our ability. That first quarter was the best we have played defensively all season.”

It would be almost impossible to counter that claim. The Cahillites allowed one — one — basket over the first eight minutes. In fact, it was the first points of the night, a drive inside by senior Konrad Kiszka. Roman then scored the next 14 points of the quarter.

The rest of the game went back and forth, but the top-seed Cahillites (21-4 overall) were never in danger as two-seed La Salle (23-3) trailed by double digits the remainder of the game. A 9-2 run trimmed a 40-23 deficit to 42-32, but six straight points by senior Seth Lundy (18 points, six rebounds, two steals) and five by senior Hakim Hart (21 points) opened up Roman’s largest advantage at 55-37 with 3:32 remaining in regulation. 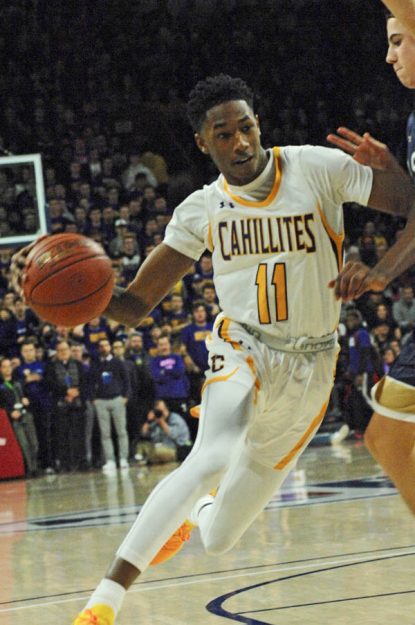 “We didn’t let down,” said Lundy. “We didn’t want them to get comfortable. Winning this game … it means everything to us.”

“We’re at our best when we are able to play together,” said Griffin. “Our offense is dictated by how the defense is playing us. Some guys are going to have great nights, and other guys are not. It takes a team that is willing to be selfless. That has been the key for us all year.

“It starts at practice. We had a couple of great practices leading up to tonight. Give all the credit to La Salle. They’re a phenomenally well-coached, unbelievable team. Our (seniors) carried us, kept us composed.”

Roman’s only league loss was to Bonner-Prendergast in the fifth game of a 14-contest schedule. The Cahillites ran the table the rest of the way.

“It definitely motivates you,” said Griffin, referring to the 59-58 loss on Jan. 6. “You learn a lot from your losses. We learned that we can be beaten if we don’t play like we’re capable of.  Every team gave us their best shot. I felt like we had a target on our back. I felt like we got their best shot every single night.”

NEXT: Championship goes to clutch-shooting Carroll in OT