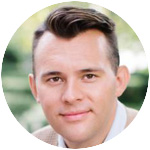 Notre Dame is one among just over 100 Catholic Churches that dot the city of Paris. I first laid eyes on the grand cathedral at age 17 and it was in that same city where three years later I’d find myself studying and, strangely enough, being drawn into the Catholic Church.

At the time, it wasn’t the saints or the sermons that drew me in, but rather the beauty of the liturgy — and nowhere was that on greater display than underneath the spire of Notre Dame.

Cardinal Timothy M. Dolan likes to remark that New York’s St. Patrick’s Cathedral is America’s parish church. Fair enough. But if that’s the case, Notre Dame is that of the world.

Over 13 million visitors approach its ornate doors each year, where as they enter, the entire history of the world — from creation to the Last Judgment — is told above them in carved stone.

Inside, numerous Masses take place each day, confessions are heard in most major languages and the evenings are almost always filled with sacred music, be it choral or instrumental.

Up high, on the cathedral’s two iconic towers, gargoyles — forever immortalized by Victor Hugo in his novel “The Hunchback of Notre Dame” — look over the church and the city. Practically, they are utilized to spout out water, but symbolically, to frighten off evil spirits.

As millions of viewers sat glued to their televisions on April 15, horrified by one of the most recognizable monuments of Western civilization engulfed in flames, many feared that the gargoyles had failed in their task, and evil would, in fact, win the day.

(See complete coverage of the fire in CatholicPhilly.com’s World News section, plus our photo gallery.)

As smoke billowed out and orange flames shot through the sky, another scene was taking place — attracting less television attention, perhaps, but nonetheless redirecting focus on what mattered most.

On the banks of the river Seine, Parisians — many young ones of my own generation — were on their knees in prayer, singing the “Ave Maria.” It may have resembled the sound of mourning, but it was offered from a place of hope, knowing that regardless of the fate of Our Lady’s great cathedral, that same hope would remain.

Many commentators have been quick to point out that the tragic fire of Notre Dame is particularly devastating and compounded for Christians as they begin Holy Week. Both in France and in the U.S., Catholic leaders have made a point of reminding the faithful that the suffering and agony of this season ends in Resurrection, that of new life.

The historic treasures of Notre Dame (which includes the relic of the crown of thorns), the 850-year-old structure, and the throngs of emergency workers that risked their very lives to rescue the great icon of Christendom and its contents — all were saved on April 15.

The stones and spires of Notre Dame aren’t merely a part of that country’s past, but what they represent offer a way forward for both the country and church alike, as they did for me over a decade ago.

Christopher White is national correspondent for Crux and The Tablet, the newspaper of the Diocese of Brooklyn, New York.

PREVIOUS: Get outside and the take the Bible with you

NEXT: A letter in the inbox of every young Catholic