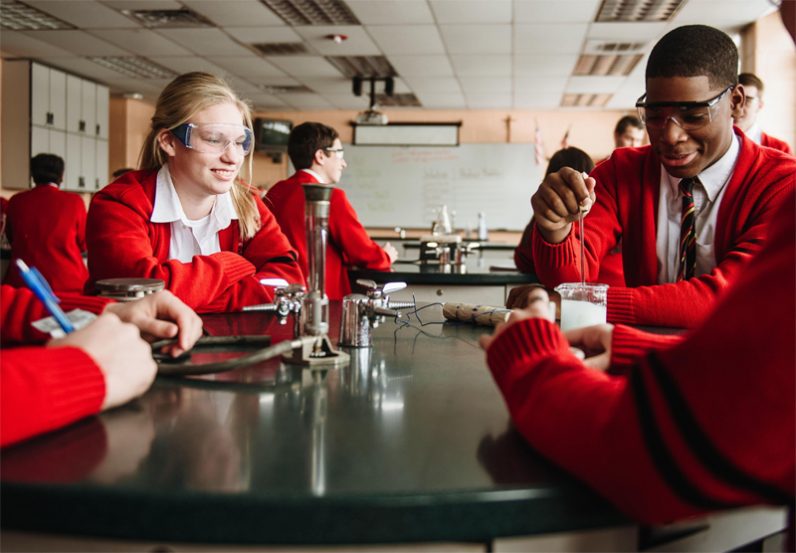 Parishioners going to Mass around the Archdiocese of Philadelphia this coming weekend not only will be celebrating the Second Sunday of Easter, or Divine Mercy Sunday, they will be learning more about how they might help families in the region choose Catholic education for their sons and daughters.

The Educational Improvement Tax Credit program began in 2001 and currently allocates $160 million statewide by allowing businesses and certain individuals to take a credit on their state taxes up to 75% for one year, or 90% for two years. The taxpayers designate the funds to scholarship organizations that offer grant money to nonpublic school families.

It was followed by the Opportunity Scholarship Tax Credit program in 2012, which works in a similar way but is limited to scholarships for children who live in an area where the local public school is considered failing. The program currently is funded at $50 million statewide.

For the third consecutive year parishes in the archdiocese have been invited to put special emphasis on the programs this weekend.

New this year is a push by the archdiocese and the Pennsylvania Catholic Conference in Harrisburg to promote bills in the General Assembly that would boost funding for the school-choice programs.

House Bill 800 calls for raising the EITC funding cap to $210 million annually while retaining the OSTC’s current $50 million cap. Senate Bill 299 would automatically raise the amount of funding for both programs by 25% annually.

Parishes have been encouraged by the archdiocese to promote EITC and OSTC in parish bulletins and invite knowledgeable speakers to address parishioners at all Masses about the benefits of the programs.

NEXT: Volunteers are the ‘backbone’ of Catholic Social Services’ success