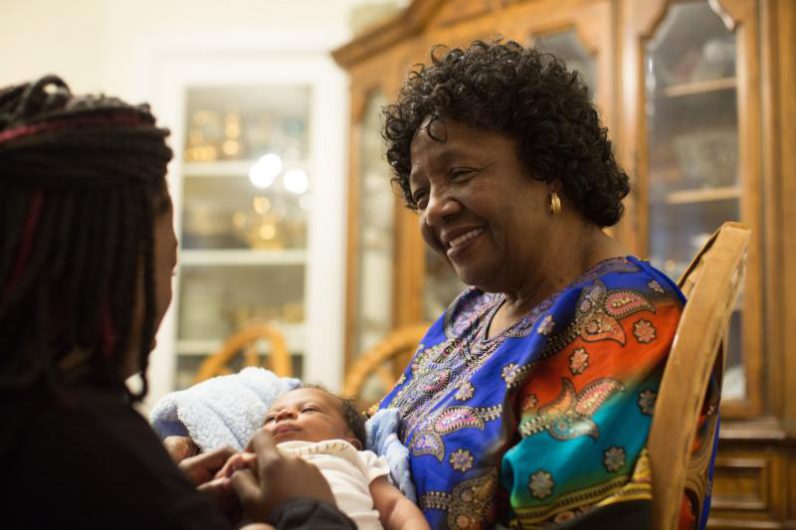 Sharonell Fulton, a foster parent in Philadelphia, is pictured with a young woman and child in a May 23, 2018, photo. Fulton joined in a lawsuit challenging the city of Philadelphia for barring Catholic Social Services of the Philadelphia Archdiocese from placing children in foster families. The Catholic agency supports traditional marriage and does not place children with same-sex couples. A federal appeals court April 22 upheld the city’s policy. (CNS photo/courtesy Becket Religious Liberty for All)

PHILADELPHIA (CNS) — The U.S. Court of Appeals for the 3rd Circuit ruled April 22 that the city of Philadelphia can bar Catholic Social Services of the Archdiocese of Philadelphia from placing children in foster care with any family because the Catholic agency upholds traditional marriage.

“We’re disappointed that the court decided to let the city place politics above the needs of kids and the rights of parents, but we will continue this fight,” Windham said.

At issue is a long-standing practice of CSS not to perform evaluations of the homes of same-sex couples wishing to care for foster children and instead to refer the required process to one of seven other foster agencies contracted by the city’s Department of Human Services.

On average, the Catholic agency was serving 127 foster children a day placed with more than 100 families in the city. 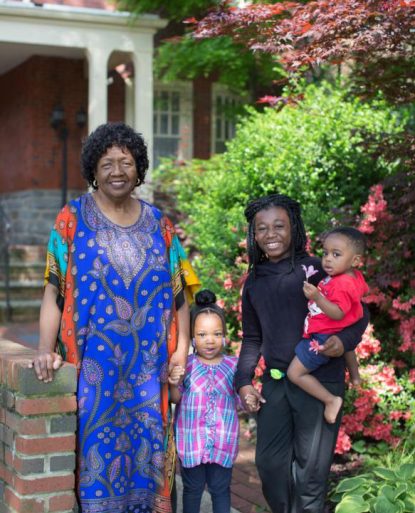 Sharonell Fulton, a foster parent in Philadelphia, is pictured with a young woman and children in a May 23, 2018, photo. Fulton joined in a lawsuit challenging the city of Philadelphia for barring Catholic Social Services of the Philadelphia Archdiocese from placing children in foster families. The Catholic agency supports traditional marriage and does not place children with same-sex couples. A federal appeals court April 22 upheld the city’s policy. (CNS photo/courtesy Becket Religious Liberty for All)

The city’s decision also affects foster care services provided by Bethany Christian Services, a global nonprofit that operates in 36 states. This organization and CSS have contracted with the city on foster care since the late 1990s.

CSS and several foster parents who joined in the lawsuit sought a preliminary injunction to stop the city’s new policy. The U.S. District Court for the Eastern District of Pennsylvania rejected the request, so the plaintiffs appealed to the 3rd Circuit.

“The city stands on firm ground in requiring its contractors to abide by its nondiscrimination policies when administering public services,” the appeals court said in its ruling upholding the lower court.

“Placing vulnerable children with foster families is without question a vital public service. … Deterring discrimination in that effort is a paramount public interest in its ruling,” the appeals court said.

The First Amendment “does not prohibit government regulation of religiously motivated conduct so long as that regulation is not a veiled attempt to suppress disfavored religious beliefs,” it continued. “And while CSS may assert that the city’s actions were not driven by a sincere commitment to equality but rather by antireligious and anti-Catholic bias — and is of course able to introduce additional evidence as this case proceeds — the current record does not show religious persecution or bias.”

“Instead,” the court concluded, “it shows so far the city’s good faith in its effort to enforce its laws against discrimination.”

Sharonell Fulton, one of the foster parents who joined in the lawsuit, said in a statement that “as a single mom and woman of color, I’ve known a thing or two about discrimination over the years.”

“But I have never known vindictive religious discrimination like this, and I feel the fresh sting of bias watching my faith publicly derided by Philadelphia’s politicians,” she said.

According to Becket, there are 6,000 foster children in Philadelphia, and the need to find those children homes “is so dire,” it said, that early last year the city “put out an urgent call for 300 new families to become foster parents.” But shortly after that, the law firm said, the city prohibited CSS “from placing any more children with the families it has certified — solely because of the agency’s religious beliefs.”

Similar circumstances are affecting Catholic and other faith-based foster care in the state of Michigan.

In 2017, the American Civil Liberties Union sued the state to stop working with faith-based foster and adoption agencies, and Becket defended several foster children, families and St. Vincent Catholic Charities in mid-Michigan to maintain the partnership.

The foster families are now suing Michigan and the federal Department of Health and Human Services “to allow faith-based adoption agencies to continue what they do best: uniting children with loving families,” said a statement from Becket.

In yet another state, Tennessee, the Republican-led House passed a measure in early April to protect faith-based social services agencies from being forced to place children in foster care or adoption with same-sex couples. Gay rights groups have condemned the bill as discriminatory to the LGBT community.

Sponsored by Republican state Rep. Tim Rudd, the bill would stop an adoption agency in the state from being “required to perform, assist, consent to, refer, or participate in any child placement for foster care or adoption that would violate the agency’s written religious or moral convictions.”

NEXT: Tuition tax-credit programs a focus at local parishes April 27-28