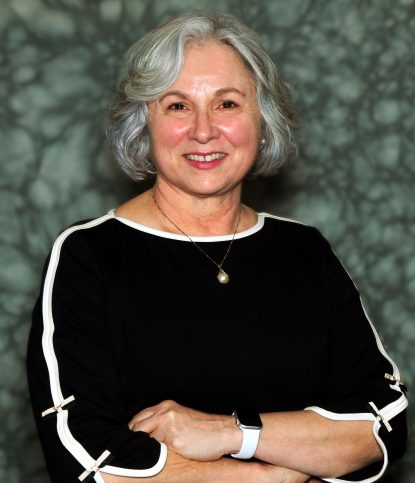 Jacki Delaney, chair of the Board of Directors of Malvern Retreat House

Jacqueline Jester Delaney has become the first woman chair of the Board of Directors for Malvern Retreat House in its 107-year history.

Members of the board elected Delaney to the leadership position April 3.

Located on 125 acres in Malvern, Chester County, Malvern Retreat House is the largest and oldest lay-run and operated retreat center in the United States. It annually hosts spiritual retreats for 20,000 men, women and families from 50 states and other countries.

“She is well prepared and ready to hit the ground running. I look forward to working with her, our new Executive Committee, as well as our new board members who bring abundant and fresh energy that will carry us into the foreseeable future.”

Upon graduating from the Archdiocese of Philadelphia’s Church Ministry Institute in 2006, Delaney began volunteering her time and talents. She served as ministry coordinator at St. John Vianney Parish, Gladwyne; a board member of Mercy Spiritual Ministries; secretary of the Board of the Philadelphia Chapter of Legatus; a member of the Development Committee of Neumann University, chair of the Neumann University Scholarship Gala; and chair of the Archbishop’s Benefit for Children.

Both she and her husband, James, are members of the Philadelphia Chapter of Legatus, Aquinas Society of the Faith in the Future Foundation, and the Equestrian Order of the Holy Sepulcher. As a resident of Malvern, Jacki and Jim are the proud parents of three children and five grandchildren.

“I would like to thank my fellow board members and two previous board chairs, Joe Nardi and Steve MacNamee,” Jacki Delaney said. “Without their support and encouragement I would not have this opportunity to serve Malvern Retreat House.

“I am honored and humbled by the opportunity to serve as the first woman chair of the Board of Directors. I am proud to be part of a team of professionals focused on ensuring our mission, vision, values and Catholic faith are integrated in all that we do.”

Outgoing chair Steve MacNamee called Delaney a strong leader “with a great deal of experience and know-how,” adding she is “the right person at the right time” to lead Malvern Retreat House. 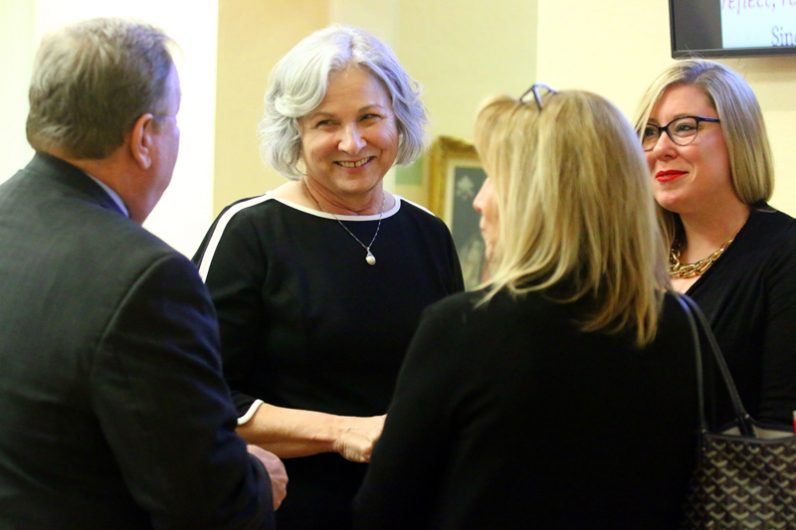 Jacki Delaney, center, talks with board members and others at Malvern Retreat House.