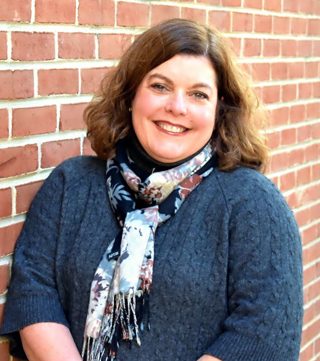 The Catholic Foundation of Greater Philadelphia (CFGP) announced May 7 that Sarah O. Hanley has been appointed acting president and chief executive officer.

Hanley, who has been with the organization since its inception in 2013, most recently served as CFGP’s executive director and oversaw the Catholic Charities Appeal as well as the St. Charles Borromeo Seminary Appeal, which collectively raise nearly $20 million annually. She also led CFGP’s mission advancement services team.

Prior to joining CFGP, Hanley worked in the Archdiocese of Philadelphia’s Office for Stewardship and Development as director of appeals. Before transitioning into the nonprofit sector, she had a successful career in business development and sales leadership, working for AmeriGas Propane and National Car Rental.

Hanley is an active member of St. Kevin Parish in Springfield, where she leads the stewardship council. She is also president of the St. Kevin Women’s Club board of directors and is a member of the parish council. In addition, she serves on the advisory board for Villa Maria Academy’s Lower School and participates in the mentoring program for the Association of Fundraising Professionals, Greater Philadelphia Chapter. Hanley holds a Bachelor of Science degree in marketing and management from Drexel University.

The Catholic Foundation of Greater Philadelphia is an independent, nonprofit organization that pairs donors and charities throughout the Philadelphia area to cultivate philanthropy in a manner consistent with Catholic faith and teaching.