Criticized by right and left, Flowers sticks to Catholic values 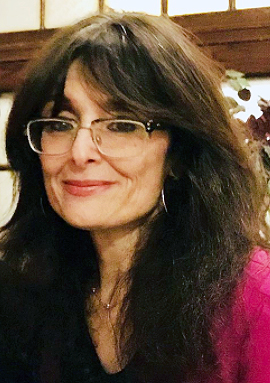 Christine Flowers was the guest speaker April 7 at the Communion Breakfast of the Northeast Catholic High School for Boys Alumni Association. (file photo via Twitter)

Local newspaper columnist Christine Flowers was mystified when she received an invitation from the Northeast Catholic High School for Boys Alumni Association. It was to receive an award and speak at the group’s annual Communion Breakfast held April 7 at Regal Caterers on Oxford Avenue following the Mass at nearby cathedral-like St. Martin of Tours Church.

She had absolutely no connection to Northeast Philly. Riding up on the Frankford El to attend the breakfast was a totally new experience. West Philadelphia and Delaware County along with Center City and South Philly are her turf.

Growing up she attended private girls’ Catholic elementary and high schools, including Merion Mercy Academy. This was followed by Bryn Mawr College and it wasn’t until she got to Villanova Law School that she had a male sitting next to her in class.

For most people Flowers is a contradiction. Because she is unabashedly pro-life with many columns to prove it, she is generally hated by liberals. But her strong defense of immigration rights makes her anathema to a fair number of conservatives.

Flowers would argue these are not liberal or conservative values, they are Catholic values and she is absolutely correct.

Northeast Catholic, once the largest Catholic high school in the archdiocese, closed in 2010 but for Flowers, seeing the 200 or so alumni and family members brought back memories of those values.

“My father Ted Flowers was a 1966 graduate of ‘St. Tommy Forever More’ (the West Philly Catholic high school that closed in 1975). I was raised by someone just like you,” she said. “He would say there were some truly, truly great men from there. I’m writing to make my Dad proud.

“I realize that we are all connected,” she said. “As Catholics we are family. It is part of our DNA, whether we are Democrats or Republicans or independents; Irish or Polish or wherever we came from. It’s not about money or what someone likes. It’s about caring and that (is) a special part of being a human being. I think we are taught that in Catholic school and that stays with us.”

Much of what Flowers writes in her columns has to do with politically sensitive issues, and she is not afraid of going against the tide, putting principles before political correctness if need be.

That means she doesn’t just jump on the bandwagon when someone, either Democrat or Republican, is being vilified. Flowers says she was a Democrat for most of her life but has left the party. Fairness is fairness.

As an example she cited the case of former Vice President Joe Biden, who she believes is being pilloried unfairly for his treatment of women.

“It’s the controversy about his hugging people and inappropriate contact between people,” she said. “I miss that environment where good people can hug each other and have social intercourse with each other and not be afraid someone is going to say, ‘Don’t do that.’

“Catholics are huggers. Especially I’m half Italian through my mother and Irish through my father, although he would never admit he wasn’t totally Irish. So have engagement with the world. Joe Biden is Democrat and I don’t agree on all positions but what he represents to me is a good man.

“I’m all about empowering women, but I feel as though in society we have lost that perfect unity. I feel that Catholicity is part of that unity, our going out and engaging the world. That’s what you learned at North Catholic and I learned at Merion Mercy.”

PREVIOUS: Montco moms got a head start on their special day

NEXT: Pro-life mom berated by Sims looks to prayer as ‘blanket of safety’