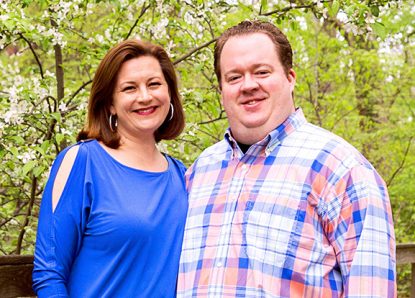 Prayer has been a “blanket of safety” for a Philadelphia area family now in the national spotlight for its pro-life stance.

“We ask Mary for her constant intercession,” said Ashley Garecht, who along with her two teenaged daughters and their friend was harassed by Pennsylvania state Rep. Brian Sims for praying outside of a Planned Parenthood location in downtown Philadelphia last month.

Sims filmed his encounter with the group, describing them as “a bunch of white people … shaming people,” despite the friend’s reply that she was “pretty far from white.” Sims then told them “there’s nothing Christian about what you’re doing.”

In a separate incident, Sims also recorded his confrontation with an unaccompanied middle-aged woman, who paced quietly with a rosary in the public space outside of the same facility.

In both videos, Sims called for donations to the abortion center while offering money to viewers who could provide the identities and addresses of the witnesses.

The clips, which Sims posted from his own social media accounts, quickly generated national attention, with Republican lawmakers at both the state and national levels condemning the Democratic legislator’s actions.

Sims posted a video response May 7 without offering an apology. He has since protected his Twitter account, making posts visible only to approved followers.

On May 10, Garecht joined more than 1,000 demonstrators for the “Pro-Life Rally Against Bullying,” which took place in front of the same Planned Parenthood location where she had encountered Sims. Organized by Live Action, the gathering featured a number of national and local speakers, including Garecht, who drew cheers as she commended the longtime efforts of pro-life demonstrators and volunteers.

“You are standing on the side of the angels,” she said.

Angelic protection has taken on a deeper meaning for Garecht and her family as attention to the Sims videos has intensified.

“It was a challenging situation when it happened,” said Garecht, who along with her husband Joe filed a police report regarding Sims’ attempts to identify their daughters and their friend. “It’s been very intense, and we are doing the best we can to make sure we’re staying centered and focused as a family, and asking the guardian angels to surround us.”

Garecht, who had previously witnessed in front of the abortion facility alone, brought her daughters and their friend to the location on Holy Thursday of this year “to put ourselves out there in service, in an uncomfortable position that required a bit of suffering.”

“Holy Thursday leads to Good Friday, when Jesus made the ultimate sacrifice on our behalf,” Garecht said. “Look at what he endured to bring us back into full relationship with our Father.”

When Sims initially approached the group that afternoon, Garecht encouraged the teens to view the encounter as a way of sharing in Christ’s passion.

“I said to them, ‘Jesus suffered so greatly for us, and this is the tiniest thing,’” Garecht said. “I invited them to offer it up in union with his sacrifice.”

Prayer had led Garecht and her family to discern a call to pro-life advocacy a few years ago while participating in a 40 Days for Life campaign. Having taken part in a parish witness at another area abortion clinic, Garecht heard ob-gyn Dr. Monique Ruberu speak at a pro-life fundraiser, and felt compelled to join Sidewalk Servants, a pro-life outreach recently founded by the physician.

Garecht noted that she and her family “were grateful to have a prayer foundation in place” prior to their interaction with Sims. In addition to Mass, devotions to Mary and to the Divine Mercy have been sources of “mercy and grace.”

“We do a daily offering through the Immaculate Heart of Mary, that Jesus would bless and protect us,” said Garecht.

In response to Sims’ videos, the family established a GoFundMe campaign to benefit the Pro-Life Union of Greater Philadelphia. Within less than a week, the campaign has raised over $125,000, which Garecht sees as a kind of divine confirmation.

“There’s no way we would have those numbers if the Holy Spirit wasn’t moving powerfully in this moment,” she said.

Garecht, who plans to resume her pro-life witness, also believes that Sims can be transformed by divine grace.

“My prayer for Brian Sims is that the ugliness that is happening would be turned away, and that God would bless him and come into his heart and life,” she said.