Journalist tells of look into sex abuse report, what lies ahead for church 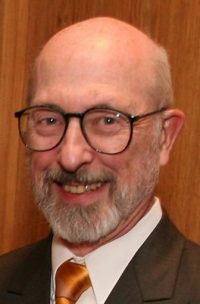 Last winter, Peter Steinfels produced the fruit of his very busy autumn of 2018: a 12,000-word article in a January issue of Commonweal magazine that painstakingly examined the previous summer’s bombshell report of a Pennsylvania grand jury investigating historic clergy sexual abuse in the Catholic Church.

Steinfels’ conclusion that the report’s summary was at odds with its own data, and that it was “grossly misleading, irresponsible, inaccurate and unjust” has become familiar to readers of the Catholic press, if not among most other Americans.

The former New York Times reporter, retired editor of Commonweal and professor emeritus of Fordham University told an audience at Villanova University’s Charles Widger School of Law on April 25 about his insights into the national and now global crisis in the church.

Steinfels laid out in detail how the now-dominant narrative in the media — that the abuse of children and young people by clergymen continues unabated and that Catholic bishops have done little to address the issue — is not supported by facts.

He cited a recent report on the crisis by former FBI investigator Kathleen McChesney who said the number of reported abuse cases in the United States dropped from about 600 a year between 1965 and 1985 to about 20 since 2004.

That is a 97% decrease in reported cases of abuse. The drop coincides with the adoption of norms from the U.S. bishops’ Charter for the Protection of Young People in 2002, which not only set out procedures for reporting suspected abuse immediately to law enforcement but also created an environment to train and screen and church workers and volunteers on potential abuse, and to respond adequately to victims of past abuse.

By way of analogy, Steinfels suggested that if a 97% decrease was reported in, for instance, the number of murders in Chicago or the incidence of opioid drug abuse, no one would pretend nothing significant had occurred.

“It would be welcomed as nearly miraculous,” he said. “Anyone who fudges or minimizes such changes over time, or time frames in general, as the Pennsylvania grand jury report did, is simply not telling the truth.”

The data in the 884-page report shows responses by Catholic bishops in the state initially centered on treatment and reassignment of priests during the height of the crisis some 30 years ago, but these responses improved in the years leading up to the 2002 Charter and especially afterward.

But the 12-page introduction of the report said the bishops not only did nothing over a 70-year period, they actively sought to hide abuse and “brush aside” victims. Steinfels found that charge dubious, which set him on his course of examining the report in detail last fall.

The report’s data suggests that even before 2002, disregard for victims and protection of abusers happened in only 10% of cases.

Steinfels lays blame for the proliferation of that dominant narrative on journalists reporting on tight deadlines without devoting the time to delve fully into the details. But he also credited journalists with helping to reveal the scandal of child sexual abuse beginning in 2002.

In the wake of the report last August, Steinfels said he was surprised to learn how little people knew about the history of the crisis and their lack of understanding about secretive investigating grand juries like Pennsylvania’s.

“I confess to puzzlement when people demanding transparency and accountability in the church do not sound a peep in the face of a procedure as one-sided, unaccountable and cloaked in secrecy as the Pennsylvania report,” Steinfels said.

The crisis certainly extends far beyond Pennsylvania, so Steinfels pointed to five factors for understanding it broadly today.

The global nature of the crisis means each new instance of abuse in any country becomes part of a single narrative for the Catholic Church everywhere  — unlike any other institution.

In the United States, the case of the disgraced former cardinal and now defrocked Theodore McCarrick has intensified long-simmering divisions of conservative and liberal factions in the church, each offering their own agendas for reform.

The crisis has also become part of “a civil war over the papacy of Pope Francis,” Steinfels said.

The numerous state and federal investigations that have arisen in recent months are promising to “produce a drip, drip, drip of sensational headlines for years to come, potentially draining morale and resources and magnifying the ongoing hemorrhaging of the young from the faith,” he said.

Lastly, he said an “unmet backlog exists” of deep suffering and desire for contrition, justice and vindication on the part of victims, “primarily but not entirely from the sins and crimes of 30 to 60 years ago.”

Steinfels held out hope for positive internal developments, including greater accountability in the form of new national guidelines for the global church such as the U.S. church’s Charter, and financial settlements for victims via independent compensation boards, signs of responsibility that Steinfels said “should have been undertaken long ago.”

He also hoped for greater transparency and called for a commission of expert lay people in relevant fields who could bridge “the conservative/liberal or pro- or con-Francis divisions in the church, possibly including non-Catholics as well.”

Such a commission “would stand watch over all aspects of the ongoing crisis, over church and episcopal actions and also over media reporting and judicial inquiries,” he said.

Echoing Pope Francis, Steinfels said responding to “the evil of sex abuse” requires conversion of heart, not merely programs, and not only by church leaders but by everyone.

“For too long the American bishops were trapped in denial, defensiveness and inaction. But what about ourselves?” Steinfels asked. “Are we in denial or benumbed about what is coming next? Can we keep our hearts from being too angry, too divided or too weary to respond adequately? I hope and pray that we can.”