New museum for St. John Neumann opens at his shrine 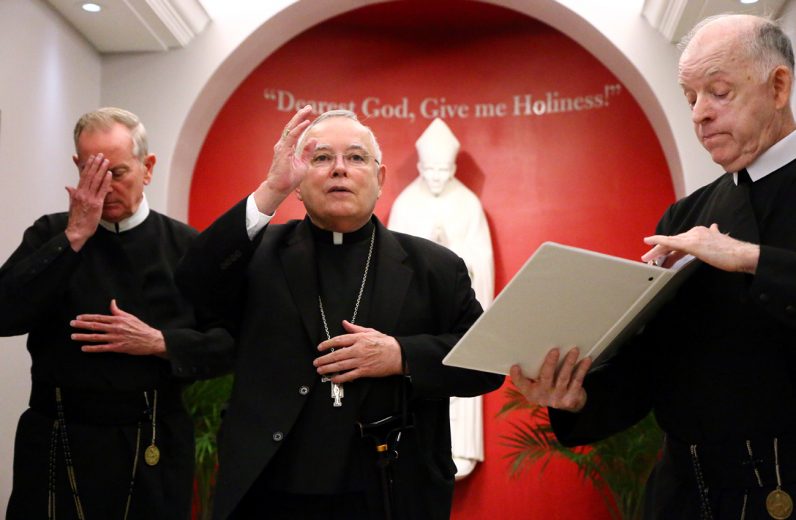 Archbishop Charles Chaput blesses the new St. John Neumann Museum in Philadelphia April 29, assisted by officials with the Redemptorist congregation, of which St. John was a priest and later the fourth bishop of Philadelphia. (Photo by Sarah Webb)

Archbishop Charles J. Chaput blessed the new St. John Neumann Museum that has opened in the renowned national shrine to the saint during a visit to St. Peter the Apostle Parish in North Philadelphia on Monday, April 29.

(View a photo gallery of the blessing and visit here.)

Philadelphia’s fourth Catholic Bishop, John Nepomucene Neumann was born in 1811 in Bohemia where he studied for the priesthood. Because there was a great need for priests in America he came to this country and was ordained in New York in 1836. In 1842 with his bishop’s permission he joined the Redemptorist congregation, primarily to minister to German immigrants.

He was in fact the first candidate to join the Redemptorists in the United States, although he was European by birth and already an ordained priest when he joined. After several assignments he was appointed bishop of Philadelphia in 1852 and served in that capacity until his sudden death in 1860.

According to Bishop Neumann’s stated wishes he was buried under St. Peter the Apostle Church, where at the time other fellow Redemptorists were interred. Because there was persistent visitation to his grave by pilgrims who were convinced of his holiness, a cause for his canonization ultimately opened.

As part of the process his remains were exhumed and placed within an effigy in a glass sarcophagus beneath an altar near his original grave.

He was declared venerable by Pope Benedict XV in 1921, beatified in 1963 by Pope Paul VI and canonized a saint by Pope Paul VI in 1977 with his feast day Jan. 19, the anniversary date of his death.

“After his death as people visited his grave, the pastor at the time told them they should pray for him not to him, but the people found his piety and holiness an attraction,” said Redemptorist Father Raymond Collins, currently the rector and director of the National Shrine of St. John Newman. “Really the core of his spirituality was a genuine humility and that’s what he prayed for.” 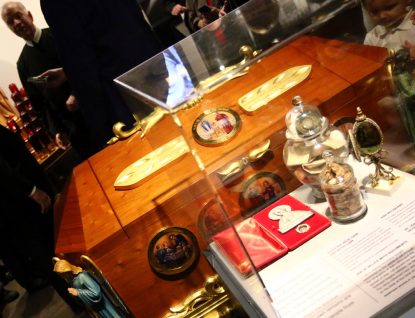 The new St. John Neumann Museum, located on the lower floor of the parish school building, contains many artifacts related to St. John Neumann and also contains historic materials connected with the Congregation of the Most Holy Redeemer, the formal name of the Redemptorists.

The museum also has an expanded gift shop, lecture facilities and a café that can accommodate about 50 people.

As a congregation the Redemptorists were founded in Italy by St. Alphonsus Ligouri in 1748 but quickly spread throughout Europe, and since then worldwide. The Baltimore Province to which Neumann would belong was formally established in 1850.

Many of the artifacts for the museum, as they concern St. John Neumann and the congregation itself, have been transferred from Baltimore and other locations including Brooklyn to the St. John Neumann Museum, according to Dr. Patrick Hayes, the Redemptorist archivist and museum curator.

Almost everything connected with St. John Neumann is now at the museum, including documents and papers from his years as bishop of Philadelphia, Hayes explained.

These would ordinarily be in the archdiocesan archives but were turned over to the Redemptorists during the lengthy canonization process because the congregation had the leading role in the very complex cause. Included in the collection are books, vestments, letters and other items of Philadelphia’s first canonized saint.

“He fit in a lot of work during his eight years in Philadelphia,” Hayes said.

In the summer he would visit the far flung places. He would go to Gettysburg by train, then on by carriage and finally by horseback to visit the most out-of-the-way hamlets. He could speak 11 languages. He even learned Gaelic, which was the language of some Irish immigrants he would encounter in the confessional.

One elderly Irishwoman according to tradition declared “Thank God we have an Irish bishop now.”

A big part of St. John Neumann’s legacy, Hayes believes, are the approximately 100 schools started in those eight years as well as about 80 parishes.

“He connected with the people on the margins and that is so great a thing for a bishop to do,” Hayes said. “We could use more bishops like that.”

Not everything in the museum is directly connected with St. John Neumann or even the mission of the Redemptorists.

One of its most important artifacts is a very rare copy of the Douay Rheims Bible printed in 1790 by Philadelphia printer Mathew Carey. It is the very first English language Catholic Bible printed in its entirety in North America.

There were only about 500 copies printed and of that about 40 are known still to exist. This copy in its original binding may be in the most pristine condition of any of them, certainly of the 10 copies or so that Hayes has seen.

It is believed to have come from the library of Maryland’s Charles Carroll of Carrollton, the only Catholic signer of the Declaration of Independence and the last to die. A cousin of John Carroll, America’s first Catholic bishop, he was reputed to be the wealthiest man in the 13 original colonies. Apparently, he kept excellent care of his books.

Although the book is too valuable just to pass around, an interactive digital copy is on display that visitors can peruse at their leisure.

Another rare book in the collection of a humble nature is a Chippewa catechism compiled by a Redemptorist missionary in the 1830s.

John Neuman was himself a booklover and not only of sacred texts. Several of his books in the collection are on botany, written in both English and German.

“We have field guides he used,” Hayes said. “He signed everything he read and that love of nature is important for people today.”

If you wish to venerate St. John Neumann by a visit to his tomb at his shrine in St. Peter the Apostle Church, take time to learn about John Neumann the man by dropping in at the museum.

The National Shrine of St. John Neumann is located at 1019 North Fifth Street in Philadelphia. Visit the shrine’s website here. 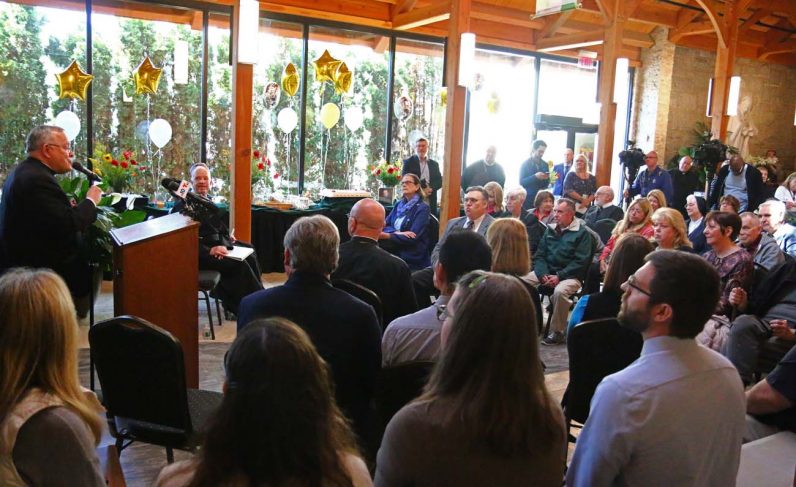 Visitors at the April 29 opening of the St. John Neumann Museum listen to remarks by Archbishop Charles Chaput, himself a successor to the saintly fourth bishop of Philadelphia.

NEXT: Journalist tells of look into sex abuse report, what lies ahead for church