Love never fails: How a wife coped and her husband forgave 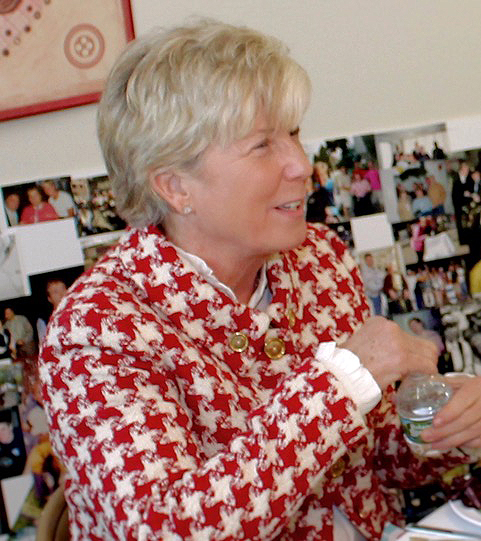 Patti-Ann McDonald speaks to the Ladies Tea group at St. John the Evangelist Parish in Lower Makefield about her husband Steven, a New York City police officer who was critically injured in the line of duty in 1986. (Photo by Walter Burek)

Patti-Ann McDonald was visiting the Yardley home of her sister, Julie McGuire, when the call came. Julie told her to sit down. Their mother was on the phone from New York. Patti-Ann’s husband of eight months, New York Police Department Detective Steven McDonald, had been shot in Central Park.

It was a summer day in 1986 that would change Patti-Ann’s life forever.

The two sisters raced to the hospital where Steven had been taken, driven by state troopers from Pennsylvania and New Jersey and then by New York officers. At first, the young bride — 24 years old and three months pregnant — learned that her husband, 29, was shot in the arm. She could deal with that, she thought.

But the silence of the officers who escorted her suggested the situation was more serious. At the hospital, she learned he also had sustained wounds in the neck and near his eye.

When a doctor later told her Steven would be a quadriplegic, dependent on a ventilator to breathe for the rest of his life, she collapsed on the floor by his bed.

McDonald told her story recently to 60 women who attended the Ladies Tea at the St. John the Evangelist Parish Center in Lower Makefield, where her sister Julie is a parishioner and member of the Women of the Word group that hosted the event.

The group meets monthly to pray and discuss religious topics, whether based on a book or a video.

While he was given about two years to live, Steven McDonald survived for more than 30 years, finally succumbing to his injuries in January 2017.

The birth of their son, Conor, in January 1987 brought Steven to the realization that to live, he had to forgive. The 15-year-old boy who shot him in New York’s Central Park died in a motorcycle accident shortly after his release from prison in 1995, but not before Steven had forgiven him and the young man had called the police officer to apologize. 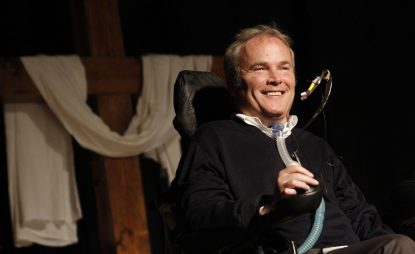 Detective Steven McDonald of the New York Police Department, who was shot and paralyzed in the line of duty in 1986, smiles as he addresses the audience during a Catholic men’s conference at Holy Trinity Diocesan High School in Hicksville, N.Y., in 2009. McDonald died Jan. 10, 2017 at a Long Island hospital at age 59. (CNS photo/Gregory A. Shemitz, Long Island Catholic)

“When Conor was born, Steve — he needed to forgive to be the best husband and father… To forgive, you have to accept the grace to forgive and that’s what he did,” Patti-Ann said.

She felt the same way, through the grace of God, she told the women at the tea.  “Anger was a wasted emotion,” Patti-Ann explained in a telephone interview later.

The day after Steven was shot, New York Cardinal John O’Connor celebrated a Mass for the family in his private chapel at St. Patrick’s Cathedral and came to say Mass frequently in Steven’s hospital room, as did other priests.

Patti-Ann said a Mass was celebrated in the room each night for the nine months that Steven was hospitalized in New York. Sometimes a few people would attend, other times there were dozens. And many police officers joined in rosaries prayed for her husband, she said.

While a doctor suggested Steven be institutionalized, Patti-Ann wanted to take him home. An NYPD officer came up with another idea. He contacted the Craig Hospital in Englewood, Colorado, which specializes in treatment for patients with spinal cord injuries.

During a nine-month stay at Craig, the hospital staff taught Steven how to speak again despite his ventilator. The couple worked to make “an abnormal situation as normal as possible,” Patti-Ann said.

“Even though he wasn’t able-bodied, he did more for me and Conor than any able-bodied (person) could do,” she said.

As a quadriplegic, Steven visited schools to talk to students about overcoming violence. In doing so he befriended the late Christian pastor Johann Christoph Arnold, the author of several books and a founder of “Breaking the Cycle,” a program formed to teach students to forgive the injustices that can lead youths to violence.

Steven wrote the foreword to Arnold’s book “Why Forgive?” and spoke about the power of forgiveness at several New York schools. Patti-Ann gave out copies of it to women attending the St. John’s tea.

Steven explained in the foreword that he “needed healing — badly — and found out that the only way forward was with love. And I learned that one of the most beautiful expressions of love is forgiving.”

In an interview recorded in the book, Steven told Arnold “the only thing worse than receiving a bullet in my spine would have been to nurture revenge in my heart. Such an attitude would have extended my injury to my soul, hurting my wife, son and others even more. It’s bad enough that the physical effects are permanent, but at least I can choose to prevent spiritual injury.”

Choking with emotion, Patti-Ann told the women that since Steven has been gone, she’s come to more fully appreciate the courage he exhibited. She was so happy that he lived to see their son graduate from high school and Boston College.

Conor is now a sergeant in the NYPD. Steven was on board with his son’s career choice but Patti-Ann had reservations about Conor becoming a police officer. Yet both parents embraced his decision, realizing their son was happiest among the men in blue who cared for his dad.

Patti-Ann herself served as mayor of her town of Malverne, N.Y., for three terms and just recently stepped down from office. She wants to take a breather now, after moving from the home where she and Steven together raised their son.

Despite his disabilities, Steven lived to meet Pope Benedict XVI, work with the late New York Mayor Ed Koch on violence prevention and visit Northern Ireland with his message of peace through forgiveness.

“We’re sent here to do good with our lives,” he said in a video interview shortly before his passing. “I’m so grateful I could be with Patti and Conor all this time.” 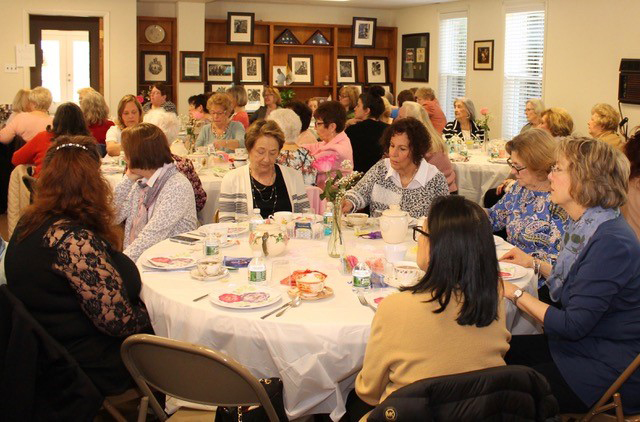