Seniors kick off summer, and their shoes, at archdiocesan barbecue 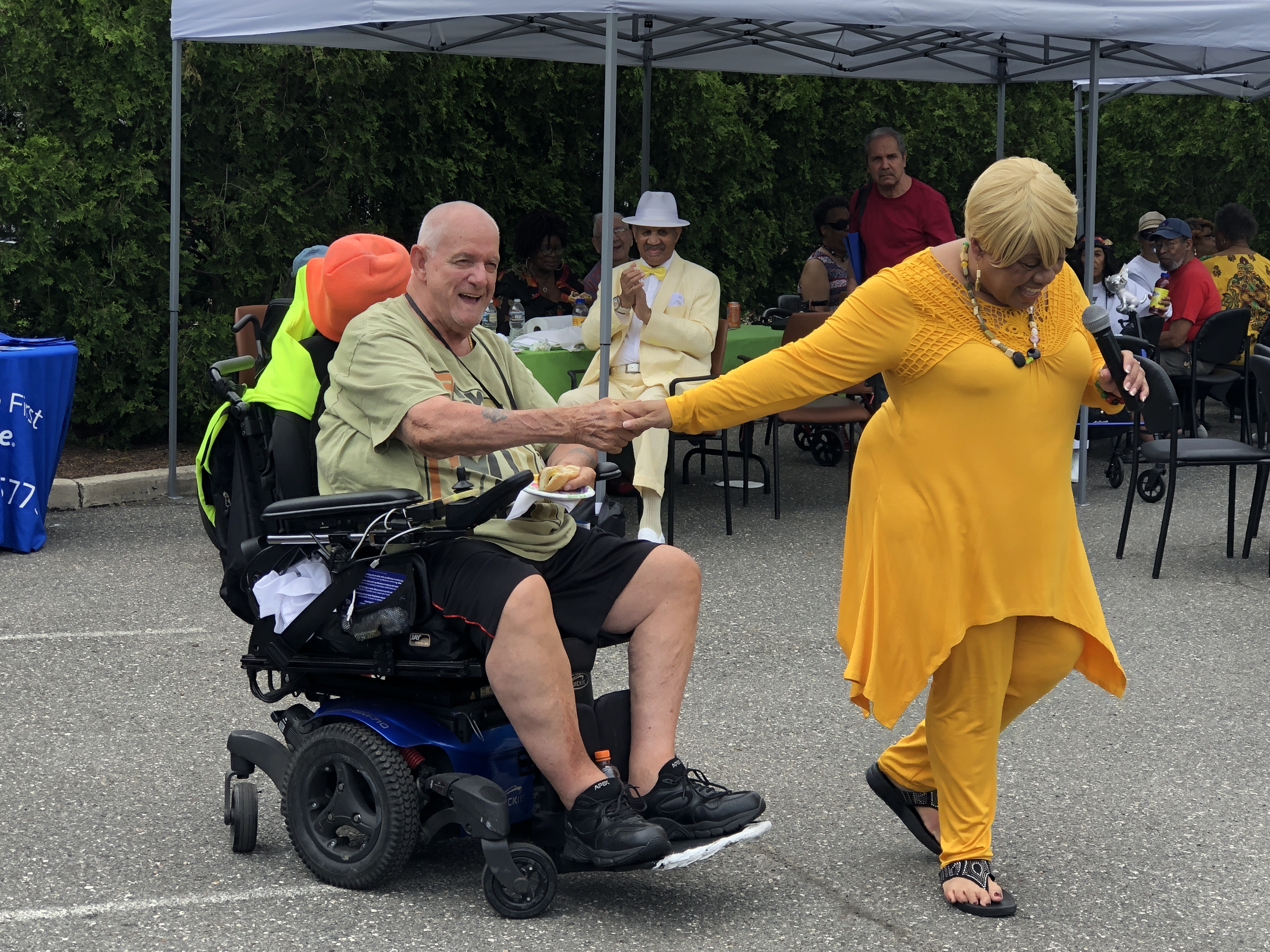 More than 75 seniors kicked off the summer season early with a May 17 barbecue hosted by archdiocesan Catholic Housing and Community Services (CHCS).

The two structures are among five archdiocesan senior housing centers. Once a Catholic high school, SJNP was transformed into an affordable senior living community by CHCS in 2008. The 75-unit structure was joined a few years later by the newly constructed SJNPII, which offers 52 one-bedroom apartments.

In total, the CHCS facilities house over 260 low-income seniors, with rental fees scaled to accommodate residents’ resources. Major funding for the projects is provided by a blend of tax credits, grants and loans from local, state and federal partners.

While affordability is crucial, the residences’ most attractive amenity, according to those who live there, is a sense of community — something in evidence at the barbecue, which helped to celebrate Older Americans Month.

(Watch a video of the summer fun at the May 19 senior barbecue.)

This year’s national observance encouraged seniors to “connect, create and contribute” by nurturing their relationships, engaging in enriching activities and giving back through sharing their talents and life experiences with others.

“We are delighted to see how this campus has transformed into a lively, creative place,” said Heather Huot, assistant director of parish and housing services for CHCS.

The barbecue featured a display of original artworks by residents, many of whom took to the outdoor dance floor. Attendees were also treated to live singing by fellow resident Agnes Scott, who crooned big-band classics such as “Just in Time.”

State Rep. Jordan Harris, whose legislative district encompasses SJNP I and II, stopped by to join in the fun, as did Judee Bavaria, president and CEO of Presby’s Inspired Life.

Huot said that as Older Americans Month comes to a close, CHCS’s celebration of seniors continues.

“We’ve created places where older adults can live, share and grow with dignity and the highest quality of life,” she said.

PREVIOUS: Meet the men to be ordained deacons this June

NEXT: Ukrainian Catholics set for enthronement of new leader in Phila.