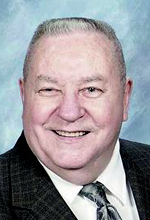 Deacon Joseph W. Niland, a retired permanent deacon for the Archdiocese of Philadelphia, died Sunday, May 5. He was 86 years old.

Deacon Niland was ordained June 4, 1989 by Cardinal Anthony Bevilacqua at the Cathedral Basilica of SS. Peter and Paul. He was assigned to St. Elizabeth Ann Seton Parish, Bensalem, where he remained until he retired on June 16, 2008.

He was employed as a supervisor-mechanic at Somerset Knitting Mill until he retired from the company in August 1992.