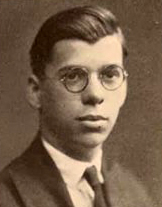 More than a century after he entered Roman Catholic High School, Louis C. Biggi is still giving back to his alma mater.

The South Philadelphia native of the former Our Lady of Good Counsel Parish first walked through the school’s doors in 1918, graduated in 1922 and lived a long life in Wilmington, Delaware.

Now some 20 years after his death in 1999, his estate has executed a gift to Roman Catholic of $483,614 “to continue its mission of providing a rigorous, faith-based education for students today,” according to a May 13 statement from the school.

The money will be added to Roman’s $25 million capital campaign intended to expand the school’s center city campus including a new STEM center and field house. Phase one of the campaign saw the completion of a new arts center that opened in September 2018.

Thanks to his academic achievement at Roman, after graduation Biggi enrolled at Villanova University. In 1937 he married Marjorie Burrows at St. James Church in West Philadelphia, and they began to raise their daughter Mary Ann.

The family would move to Wilmington where Biggi worked as an electrical engineer designer for 32 years with DuPont before retiring in 1969. After his death 30 years later, he was buried at the Cathedral Cemetery in Wilmington.

The administration of Roman Catholic said they were “incredibly grateful to Lou for his kindness and generosity. His gift will have a major impact in helping Roman to build a 21st century campus.”

NEXT: Students raise more than $57K for special ed schools