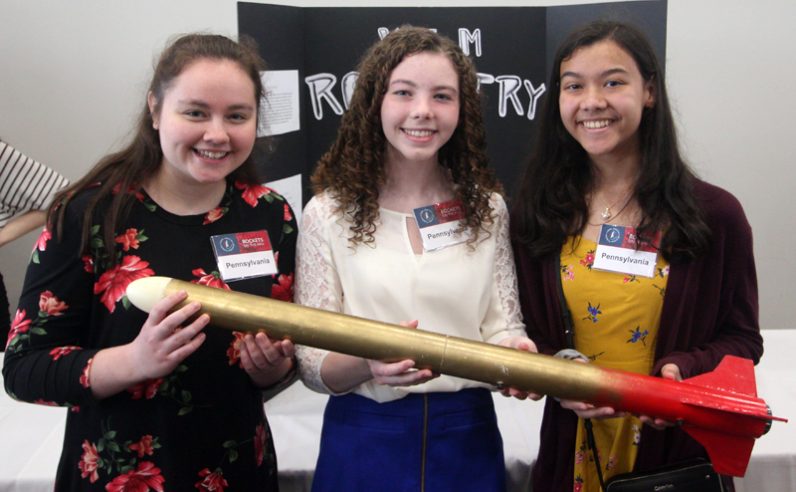 The Villa Joseph Marie High School team that competed in the national finals of the Team America Rocketry Challenge May 18 in Virginia includes, from left, Erin McFadden, Annalise Schuck and Mikealani Perales.

The two all-girls’ Catholic high schools were among 830 teams nationwide and 101 national finalists to compete in the May 18 finals of Team America Rocketry Challenge.

Sponsored by the Aerospace Industries Association, the competition required teams to launch a rocket carrying three raw eggs to an altitude of at least 856 feet before separating and returning the uncracked eggs to earth — all within 43 and 46 seconds and with strict height and weight requirements.

Nazareth Academy sent two teams to the competition, one placing 36th and the other 39th, while Villa Joseph Marie placed 64th. Nazareth’s team was advised by Greg Severino, and Villa’s was advised by Megan McKeown.

Celebrating this year’s 50th anniversary of the Apollo 11 moon landing, Rocketry Challenge for the past 17 years has inspired more than 70,000 middle and high school students to explore education and careers in STEM (science, technology, engineering, math) fields.

In addition to competing for $100,000 in prizes, the winner of the national finals will advance to the International Rocketry Challenge, taking place in Paris, France in June. The top 25 finishers will earn a spot in next year’s NASA Student Launch competition. 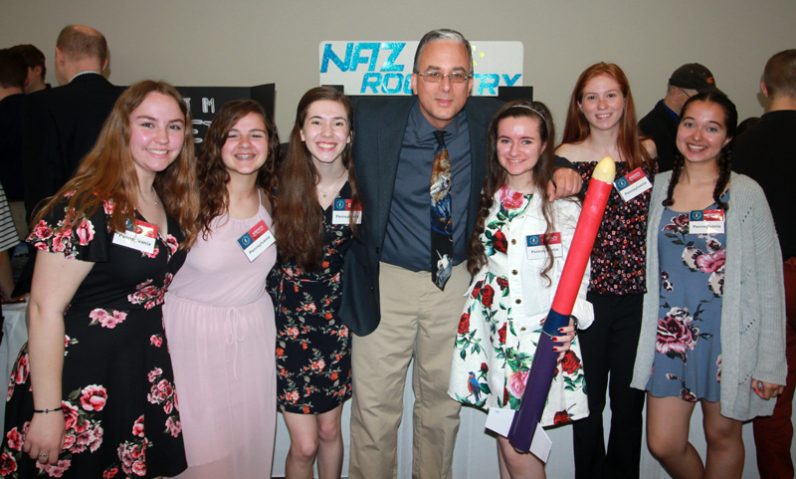