Muslims and Catholics: ‘We believe in the same God’ 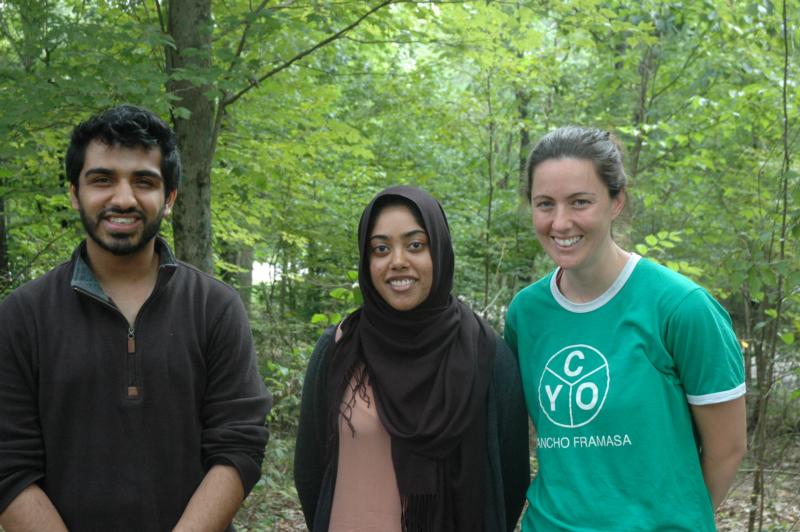 In the summer of 2018, the Catholic Camp Rancho Framasa in southern Indiana opened its cabins and mess hall to Muslim campers for a week. It was a gesture of hospitality that emerged from the camp’s Catholic identity and faith. (CNS photo/John Shaughnessy, The Criterion)

In the woods of southern Indiana at a Catholic youth summer camp, teenagers prepared themselves to pray after a day of canoeing and rope courses. But these young people were not Catholics; they were Muslims.

In the summer of 2018, the Catholic Camp Rancho Framasa opened its cabins and mess hall to Muslim campers for a week. It was a gesture of hospitality that emerged from the camp’s Catholic identity and faith.

But it might never have happened without an event the occurred more than 50 years before: the Second Vatican Council, when the Catholic Church, among other things, sought to forge a new, positive relationship with people of other faiths around the world.

Though previous church councils had mentioned Muslims (sometimes pejoratively referred to as “Saracens”) in passing, Vatican II was the first time a council spoke about Muslims in a concerted way.

The first teaching appears in “Lumen Gentium,” the Dogmatic Constitution on the Church. There, in a broader discussion about other religious groups, it declared, “The plan of salvation also includes those who acknowledge the Creator. In the first place among these there are the Muslims, who, professing to hold the faith of Abraham, along with us adore the one and merciful God, who on the last day will judge mankind.”

This recognition of Muslims’ faith in God, which they share with us, is carried over into “Nostra Aetate,” a document promulgated specifically to address the church’s relationship to other religions.

The paragraph on Muslims begins with a declaration that the church “regards with esteem” Muslims, and it goes on to highlight our shared faith in God, who we both affirm as One, merciful and Creator; Muslims’ praiseworthy endeavor to submit themselves to God; their reverence for Jesus and Mary; and their commitment to prayer, fasting and almsgiving.

(Watch a related video on Catholic and Muslim dialogue.)

“Nostra Aetate” was not comprehensive in commenting on Islam — it did not comment on the Quran, which is the word of God for Muslims, nor the Prophet Muhammad — but it sought to be an impetus for dialogue and collaboration between Catholics and Muslims around the world.

“Nostra Aetate” encouraged Catholics to recognize all that is “true and holy” in other faiths, and to “preserve and promote” all that is good in them.

Fifty years later, the Catholic camp in Indiana is carrying out the mission of Vatican II’s teaching on Muslims, as are countless other Catholic individuals and institutions around the world.

From St. Paul VI in the 1960s to Pope Francis today, popes have actively reached out to Muslims, not only in visits to Muslim-majority countries, but also by inviting them to the Vatican.

St. John Paul II was a pioneer in this regard, seeking to communicate the Catholic esteem for Muslims and the commonalities we share in his audiences with them around the world.

The Vatican and national bishops’ conferences have also instituted regular, formal dialogues between Catholic and Muslim leaders, which serve as contexts for mutual learning and improved understanding.

This push for dialogue has been welcomed by Muslims and met with enthusiasm, who themselves find the impetus for interfaith collaboration in the Quran’s affirmation that God created humanity so that they could “get to know one another.”

On the local level, the fruits of “Nostra Aetate” are too many to count: Catholic-Muslim efforts to serve the poor, visiting one another’s houses of worship and standing up for one another in the face of tragedy and suffering.

In Indianapolis, not far from where Camp Rancho is located, Catholic and Muslim men gather monthly for friendship and conversation at a local Jewish deli, and in 2015, then-Archbishop Joseph W. Tobin advocated for the welcoming of Muslim refugees after the state tried to bar refugees from Syria.

In Indonesia, Muslims have protected Catholic churches targeted by militants, and in Iran, U.S. Catholic and Iranian religious leaders have gathered to advocate against nuclear weapons.

Though much has been done to put these teachings into practice, many Catholics still remain unaware of Vatican II’s teaching on Muslims.

According to a survey of English-speaking U.S. Catholics that I helped commission a few years ago, only 10% have heard of “Nostra Aetate,” and only a fraction of those can call to mind what it is about.

And despite Vatican II’s positive teaching, many U.S. Catholics hold on to negative views of Muslims as a group and cannot name some of the core similarities shared by both religious groups. Even 50 years after its promulgation and amid the hard work of many Catholics around the world, the teaching on Muslims still has not reached many.

As Pope Francis recently said when returning from his trip to the United Arab Emirates, that “for a council to sink its roots in the church it takes 100 years. We are halfway there.” So while much has been accomplished in the past 50 years, there is still much more to be done.

Fortunately, young Catholics and Muslims from the forests of Indiana to the halls of the Vatican are taking up the mantle of dialogue. By their striving for a better world, they give praise to the merciful God in whom we both believe.

Jordan Denari Duffner is the author of “Finding Jesus Among Muslims: How Loving Islam Makes Me a Better Catholic.” She is currently studying for a doctorate in theology and religious studies at Georgetown University, where she focuses on Catholic-Muslim relations. She grew up in Indiana and attended Camp Rancho Framasa.

PREVIOUS: Before all Jesus’ teachings comes his relationship with us

NEXT: The ‘journey of friendship’ between Catholics and Jews