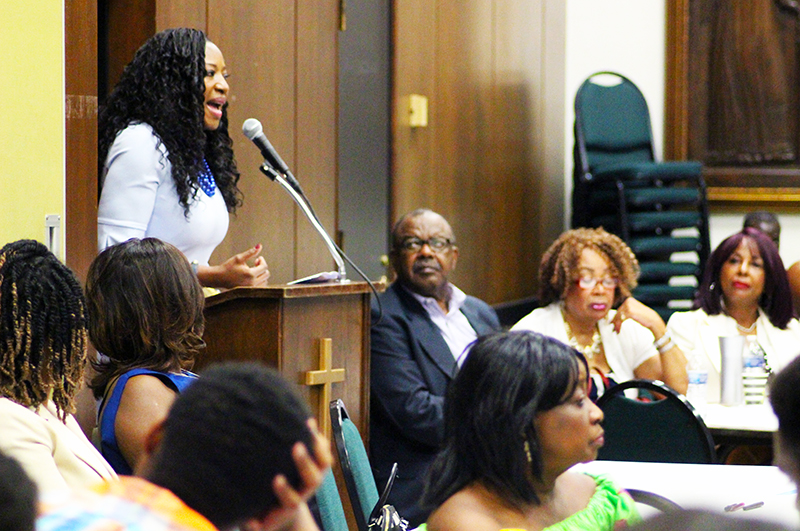 Dr. Chioma Ugochkwu, provost and dean of academic affairs at Cabrini University, stressed the importance of college education for African youth at a June 8 mentoring seminar sponsored by the Archdiocese of Philadelphia’s Office for the African Catholic Apostolate and the Office for Pastoral Care for Migrants and Refugees. (Photo by Gina Christian)

The United States is now and always has been a nation of immigrants.

Whether one chooses to believe it or not, America was built on the courage, sweat and resourcefulness of men and women willing to leave their country of birth and start anew, and pass those attributes on to their descendants.

In the past most of that immigration came from Europe, and new arrivals were mentored by societies or church groups representing their ethnicity, which was mostly somewhere in Europe.

Now that invigorating new blood is more likely coming from Latin America, the Caribbean, Asia or Africa and the need for mentoring continues.

It is in this spirit that a free encounter program titled “Connecting African Youth and Young Adults with African Professionals” was held at the Archdiocesan Pastoral Center on Saturday, June 8.

The event was organized by Sister Florence Enechukwu, a Missionary Sister of the Holy Rosary working at the archdiocesan Office for the African Catholic Apostolate and the Office for Pastoral Care for Migrants and Refugees.

Her task is not easy because in Philadelphia there are immigrants from 20 different African nations served by the African Catholic Apostolate. 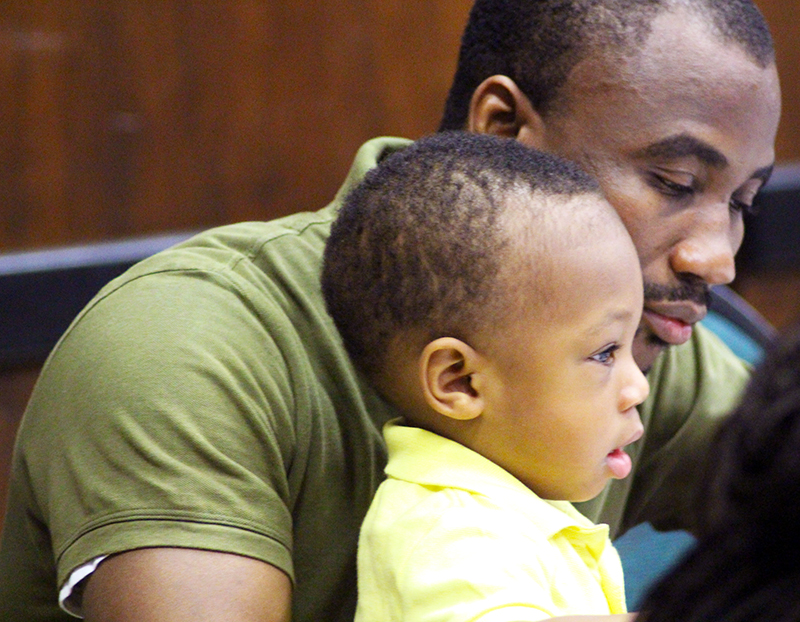 A father and son got a head start on planning for college at a June 8 seminar for African youth sponsored by the Archdiocese’s Office for the African Catholic Apostolate and the Office for Pastoral Care for Migrants and Refugees. (Gina Christian)

“This is bringing adults and young adults together; the idea is to connect the two groups,” she said. “The young adults can learn from the adults, how they succeeded and what are the challenges.”

Among the mentoring presenters was Nigerian-born Dr. Chioma Ugochkwu, the provost and dean of academic affairs at Cabrini University. In her talk she stressed the importance of college education for youth, especially African youth, and outlined several key strategies for ensuring a quality educational experience.

Addressing parents in the group, she said, “If your child says to you, ‘Well, Beyoncé and Jay-Z didn’t go to college, and they’ve succeeded’ – that’s one percent of those who succeed. And many of those who succeed (through nontraditional paths to success) don’t know how to manage the money.”

College education, she said, provides “greater chances for upward mobility” as well as “better health and a longer lifespan.”

On choosing a school and a career, she advised, “Let your child do what they are great at. Nothing will help them succeed more than following their passion.”

In her wide-ranging discussion, Ugochkwu touched upon the importance of preparation, the value of prep classes for the standardized tests, campus visits, teacher recommendations and also the financial aspects of college.

She urged avoiding student loans if possible, perhaps by attending a two-year college first or commuting rather than residing at the college, and taking advantage of the tuition assistance offered by many colleges.

David Simons, a first-generation Ghanaian-American and founder and CEO of Kingdom Social Media, spoke on the “Power of Networking.”

“One of the biggest challenges,” he said, “is that youth coming over here don’t have guidance; they don’t have direction. So they’re left to figure things out for themselves. Their parents are just like, ‘Go get an education,’ but that’s not it. That’s not enough. You need people who have been there.”

Culturally, he said, “there’s an adaption, they have to adjust. They don’t know the ways and the nuances of how things are done in America. You can’t do things the way you did them back home.”

“It is important to bring people together because they can talk to each other and help each other,” he said, “so you don’t go through the same problems. Sometimes you don’t know what you don’t know.

“When I came to America my biggest problem was, I did not have a network. You have to have a vision and those who will help you achieve it.”

Father Rene Againglo, who is chaplain for the Francophone (French-speaking) African community at St. Cyprian Parish in West Philadelphia, agreed it was important to bring the young people together with successful professionals who can help them as they plan their futures.

In all, there were well over 100 potential mentors and young people at the conference. Based on comments after the fact, it was a resounding success, according to Sister Florence.

As a matter of fact, nine of the adults and 16 of the young people have already signed up for future sessions, she said.

PREVIOUS: ‘Filled with the Spirit,’ 7 men ordained for ministry as deacons

NEXT: Four women profess final vows as Sisters of Mercy