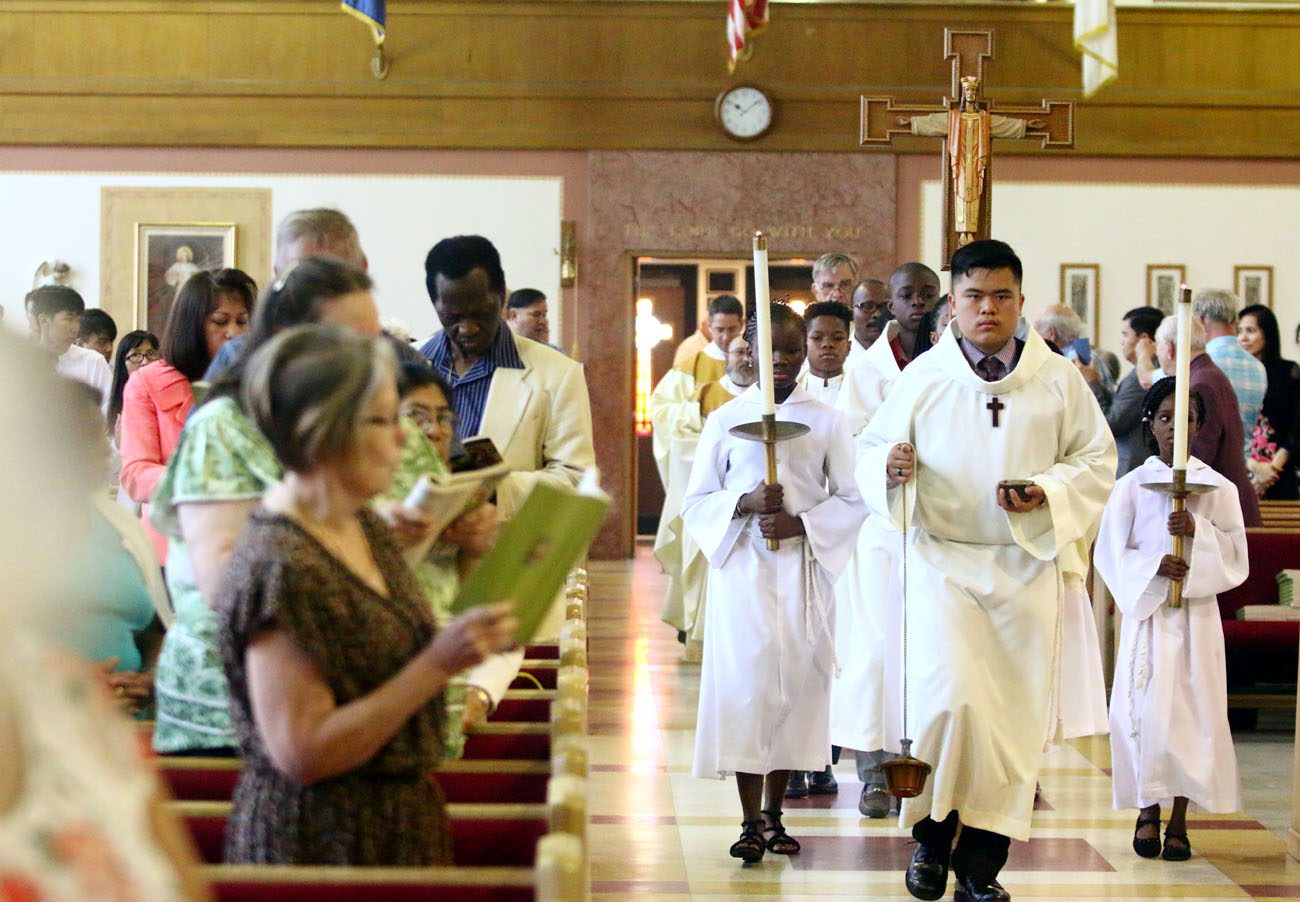 When it was founded in 1919, the parish was located in a thriving neighborhood, composed of the families of workers in nearby industries. Former World War I chaplain Father James Dougherty was the founding pastor and the first Masses were celebrated in an existing house on Buist Avenue.

The congregation quickly outgrew this, and Father Dougherty was offered the free use of the nearby Benn Theater, which he gratefully accepted.

The first permanent building, typical of new parishes at the time, was to be a combination church/school. The ground floor chapel was ready for use by June 1921.

The school portion did not open until 1927. It was conducted by the Sisters, Servants of the Immaculate Heart of Mary, with Mother M. Nazareth as principal. The school opened only with grades one and two, with boys and girls in separate classrooms. The upper grades quickly followed and in its hey-day it grew to over 1,100 students.

Although Father John Daly, the second pastor, paid the debt incurred by the parish during the Great Depression, it was the task of the third pastor, Father Joseph LaRue, to build the huge 188 feet by 79 feet permanent church of today. 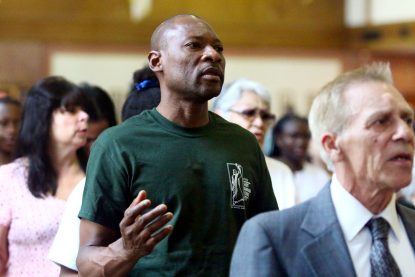 Designed in a somewhat austere style called “American Perpendicular,” the exterior was softened by the impressive six-ton bas relief of St. Barnabas on the facade.

Father LaRue was definitely a man who had his quirks. For one thing, during his time there was no transverse aisle at the rear of the church; the seats went all the way to the wall because he didn’t want anyone standing during Mass. Should anyone have the temerity of arriving too late to find a seat, he might call them up that very long center aisle to a seat in the sanctuary.

One never quite knew what he would say during the weekly announcements at the end of Mass, for example: “Sisters’ card party this afternoon. If you can’t come just send in your week’s wages.” Or: “The older girls of the parish are giving an entertainment and dance for the older fellows of the parish who have a buck in the school hall on St. Patrick’s night at 8 p.m. Don’t forget the buck and be sure to be over 21.”

Sue Kreczkevich grew up in the parish she loves and she well remembers when she was preparing for marriage to her husband, John, who was from Upstate. Back then the banns of marriage were read out at Mass. When Father La Rue read her banns, he could not resist joking how far she went for her husband.

John Kreczkevich not only joined his wife’s parish, but since 2002 he has been a permanent deacon assigned to St. Barnabas. 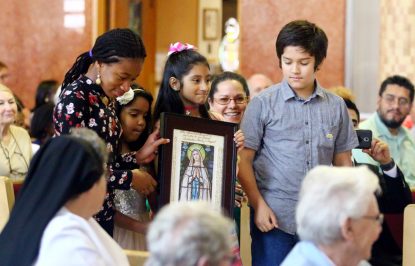 The children of the parish bring up a spiritual bouquet to offer Archbishop Chaput in thanks for celebrating the anniversary Mass of St. Barnabas Parish. (Photo by Sarah)

Of course there were many other vocations over the years including 16 young men who entered seminaries and were ordained priests for Philadelphia, other dioceses and religious congregations, and also many girls who entered religious life.

As with so many parishes in the City of Philadelphia, during the second half of the 20th century St. Barnabas witnessed industries drying up and the flight of many of the founding families to the suburbs. Yet in very recent years the population has stabilized, partly because of a growing influx of Hispanic Catholics in the region and a surprising number of the former residents returning for Mass, according to Deacon John and Sue Kreczkevich.

St. Barnabas School is also still there under the direction of the Immaculate Heart Sisters, but it is now an Independence Mission School.

Since 2013 St. Barnabas has been conducted by priests of the Neocatechumenal Way, with Father Carlos Benitez as parochial administrator. 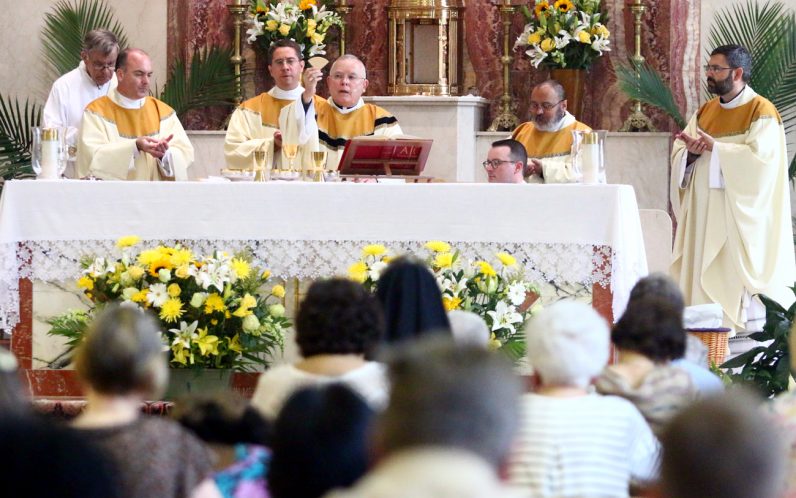