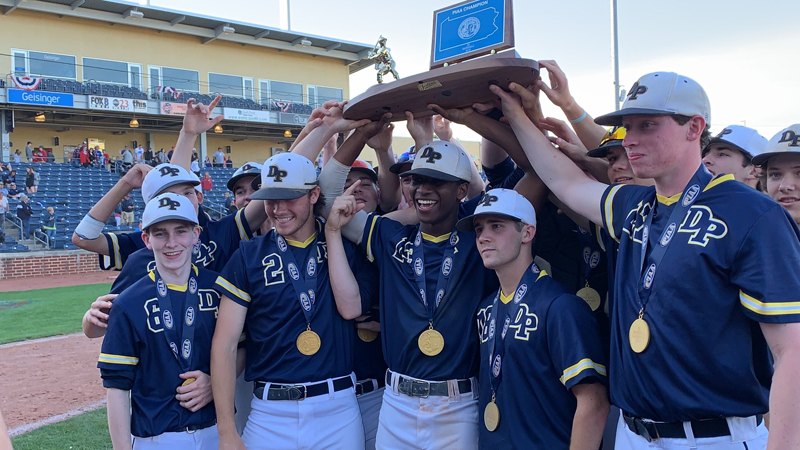 The confident part is consistent with his personality. But comfortable? Even trailing by two runs in the bottom of the first inning in the most important game of his young life?

“The thing about this team,” said Nuble, who plays both second base and shortstop, “is that we really don’t worry regardless of the situation. We really don’t.”

Although senior pitcher Andrew Czachor was undoubtedly the Tide’s most valuable player — both in the state final as well as the four-game tournament — it was Nuble’s triple that tangibly altered the game’s momentum.

“Nobody wants to do it worse than him,” said Devon coach Mark Aquilante. “It was really neat to see him in a big spot like that do what he did, and it was really interesting how fast he got around second base and the turn.

“We talked a lot about trying to make the right turns at first base. He made a great turn at second or I don’t know that we would have made it to third, and getting to third there was big. It really was.”

Nuble scored on Czachor’s sacrifice fly to left-center field to cut the deficit to 2-1. The Tide forged a 2-2 deadlock in the second when senior Matt Romano executed a perfect suicide squeeze that scored sophomore Jack Eshleman.

In the third, Czachor led off with a walk, stole second, and raced home on junior Jackson Jonik’s line-drive double.

“It was very important,” said Nuble, referring to his triple. “This team that we just played is very good. I knew when I came up to bat that I had to get on base and wreak havoc. I hit a triple. Czachor hit me in. It changed the game.”

Trailing 2-0 with runners at first and second, Aquilante summoned Czachor from shortstop to the hill. Another run or two might have created too big a mountain to climb. The District 12 champion Tide (12-13 overall record; finished the season on a six-game winning streak) needed a stop.

The first hitter to face Czachor grounded to third base, where Romano fielded and fired to sophomore catcher Paul Grycewicz for the out at home. Czachor got out of the inning with a strikeout.

“I never feel like we’re going to lose a game when he is on the mound,” said Nuble, who will play next year at Widener University. “He can really shut a game down with his bat and his arm. When he gets on the mound, I know it’s over.”

Czachor overwhelmed Serra Catholic during his 6 2/3 innings, allowing only two infield singles and a double while striking out 10. His outing was reminiscent of his dominance over South Williamsport in the 3-1 semifinal win, when Czachor entered a 1-1 game with runners on first and second and no outs in the fourth inning. He proceeded to strike out the side and retired all 12 of the batters he faced.

In the 5-0 quarterfinal victory over Conemaugh Township, Czachor tossed a complete-game shutout.  In summary, the second-team All-Catholic threw 17 2/3 state tourney innings and surrendered only seven hits, zero runs, and one intentional walk while striking out 27. With the bat, Czachor went 3 for 9 with three runs batted in and two runs scored, including the winning tally against Serra Catholic.

“This has been a special experience for all of us,” said Czachor, who will play at Division I High Point University in North Carolina. “If one person is struggling, someone picks him up. We don’t care who gets the headlines or the credit. We’re all in this together. We win as a team.”

Serra Catholic didn’t go down without a fight. The District 3 runner-up Eagles (23-4) reached first and second on a two-out double and intentional walk.

But like Nuble said, with Czachor on the mound, no worries. With the crowd on its feet and teammates and coaches leaning over the padded dugout railing, Serra Catholic slapped a comebacker to the mound. Czachor cleanly fielded the ground ball, made an immediate diagonal turn toward first, raced about 15 feet, and flipped the ball to Jonik.

For the first time since 2014 — and in its first-ever season as members of the Catholic League — Devon Prep was officially the best Class 2A baseball team in Pennsylvania. 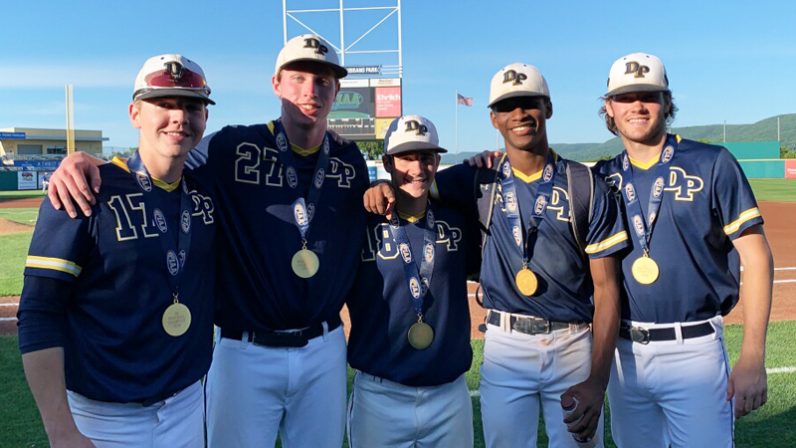