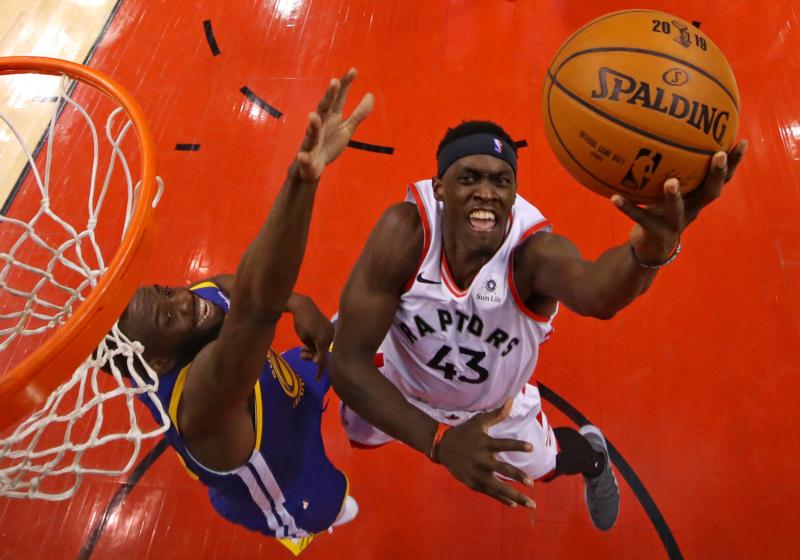 WASHINGTON (CNS) — When Pascal Siakam was in his young teens attending a minor seminary in Cameroon — and mostly playing soccer in his free time — he likely never imagined he’d be playing in the NBA Finals.

Studying for the priesthood, it turned out, was more of his father’s idea, and not a personal calling for the now-25-year-old forward for the Toronto Raptors, who are playing in their first Finals against the Golden State Warriors.

The 6-foot-9 forward, drafted by the Raptors in 2016, also is a possible candidate for the NBA’s Most Improved Player award. He made one 3-point shot in his first season; he now averages one 3-point shot per game.

During his late teens, Siakam joined his friends for two summers at a basketball camp run by Cameroon player Luc Mbah a Moute, an NBA player who most recently played for the Los Angeles Clippers and prior to that for the Philadelphia 76ers. Through the camp, Siakam was picked to attend Basketball Without Borders – an outreach program run by the NBA and FIBA, the International Basketball Federation — in Johannesburg, where he was discovered.

After graduating from the minor seminary, Siakam pursued a personal calling, attending a Texas prep school for a year and then New Mexico State University before joining the NBA.

In 2017, ESPN writer Jackie MacMullan went to Cameroon to visit Siakam’s hometown of Douala and St. Andrews Seminary in Bafia for a feature story.

She interviewed the seminary’s director, Msgr. Armel Collins Ndjama, who said through an interpreter that he knew early on that Pascal’s father had a vision “and Pascal was not sharing it.”

“I knew we would probably not be able to train him to be a priest, but I still hoped we could teach him to be a man,” the priest added.

Siakam similarly agreed that he did not think he had a vocation to the priesthood, but he also didn’t want to go against his father. “There isn’t a better man I’ve known in my life,” he told ESPN about his dad, who died before Siakam’s first college game after complications following a car accident. 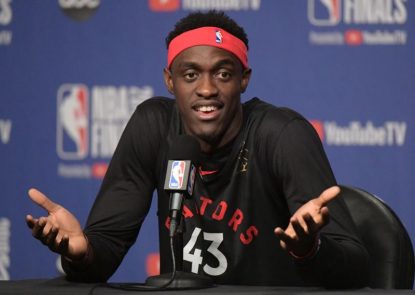 Two months after the interview, the seminary director was found dead in his office and then one month after that, the local bishop, Bishop Jean-Marie Benoit Bala of Bafia, also was found dead, the remains of his body pulled from a river June 2, 2017.

A Catholic News Service report about the apparent murders said a local priest had told the online Camernews agency that the bishop had appeared “very preoccupied and full of suffering” a few weeks before his death and was “totally devastated” by the unexplained death of the seminary director.

Catholic communities in Cameroon had been under increasing attacks by cross-border insurgents from the Nigeria-based Boko Haram insurgents, which allied itself with Islamic State in March 2015. The insurgents also had killed hundreds of police, army troops and civilians in Cameroon’s Extreme North province.

At the time of the ESPN interview, Msgr. Ndjama said he was not surprised by the success of his former student, who was wrapping up his rookie season in the NBA.

“When Pascal put his mind to it, he was capable of most anything,” he said.

NEXT: Shanahan drops tight District 1 final to rival but goes on to states