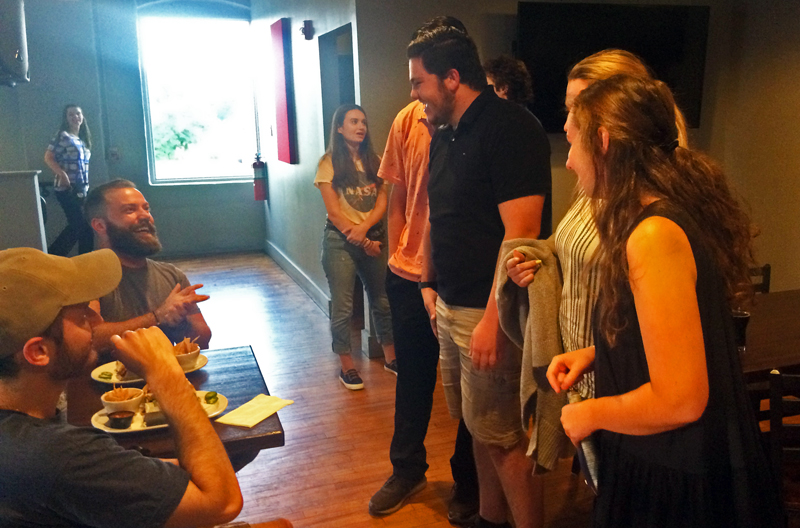 Catholic young adults with the group Metanoia share a meal and catch up with friends before the start of Kelly Anderson’s talk during the Theology on Tap event July 16 at Conshohocken Brewing, Bridgeport. (Photo by Dan McCarty)

Metanoia Young Adults, a group of Catholic young adults mostly in their 20s and 30s from Montgomery County, gathered for its monthly Theology on Tap event July 16 at Conshohocken Brewing Co. in Bridgeport.

Kelly Anderson, assistant professor of biblical studies at St. Charles Borromeo Seminary, spoke to the group of about 30 attendees on the theme, “Jesus Christ: The Only Expected One.” Since Anderson spoke at a Metanoia event in 2016 she was warmly welcomed back.

“It was nice having a previous relationship with her,” said Michael Koetting, coordinator of the Theology on Tap series for Metanoia.

Anderson always enjoys speaking to groups and developing relationships with them. This was not the first time she focused on this particular topic and so she hoped to review some of her previous thoughts and come up with new ones on the theme as well.

“I’m always happy to speak at a Theology on Tap,” said Anderson. “If one person is interested in a topic then others should be, too.”

Nobody in history other than Jesus Christ was expected on earth for so many years before his birth as a man, Anderson explained, and she illuminating how people, institutions and the Old Testament scriptures have expressed how God is ultimately revealed as Jesus Christ.

“Jesus is unique,” Anderson said as she began her talk. “Looking at prophecies, Jesus is prefigured by people, things and events.” 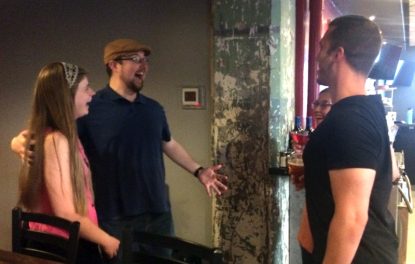 One thing that makes Egypt different than other places is that it is the only one in the Old Testament where people labored and died there long before Christ. It was a place of slavery and death for the Israelites who nonetheless in their liberation passed through the waters of the Red Sea and wandered in the desert.

“We’re born into slavery,” said Anderson. “The only way to get out is to pass through the waters of baptism.”

Anderson weaved into her talk the story of Adam whom God formed as a man, blessed him and gave him commands, including to be fruitful and multiply. God also ordered Adam to take care of the Garden of Eden and gave him permission to eat the fruits of any tree in it except the tree of knowledge. Adam never rested. He and his wife, Eve, ate from that tree anyway and were banished from the garden.

“Jesus fulfills the vocation of Adam as priest and king,” said Anderson. “He spends 40 days in the desert, fights and wins.”

Anderson concluded by talking about the Messiah, also known as “the anointed one.” Anointing means consecrating someone or something with oil. Christ is more than the suffering servant, Anderson explained. He always remains loyal to his word and offers faith as a gift.

“God is faithful,” said Anderson. “If he makes a promise he will fulfill it.”

Many of the young people who came out for the evening said they were impressed by Anderson’s talk. While some of them attend Metanoia events regularly, others made it for the first time, such as Ben Hoffman who came with his sister, Olivia.

“It really opened my mind about how Jesus’ coming was thought of in ways I hadn’t considered,” said Olivia Hoffman, a member of Mary, Mother of the Redeemer Parish in North Wales. “It was very enlightening.”

Katelyn D’Adamo, a parishioner of St. Katherine of Siena in Northeast Philadelphia, had heard Anderson speak before so she attended again and brought her friend, Amy Brooks, of St. David Parish in Willow Grove.

“I like Dr. Anderson,” said D’Adamo. “She has a way of making the Bible come alive.”

This marked Brooks’ first time at a Metanoia event but she hopes to attend another social with the group soon.

“I love listening to Catholic speakers,” she said. “I’ve always thought they were fun.”

Metanoia has several activities planned for the rest of the summer. On Tuesday, July 23 at 7:30 p.m. the group will gather for a Holy Hour at Mary, Mother of the Redeemer Church.

An ice cream social for the group will follow on Aug. 6 at Sundae World in Lansdale. 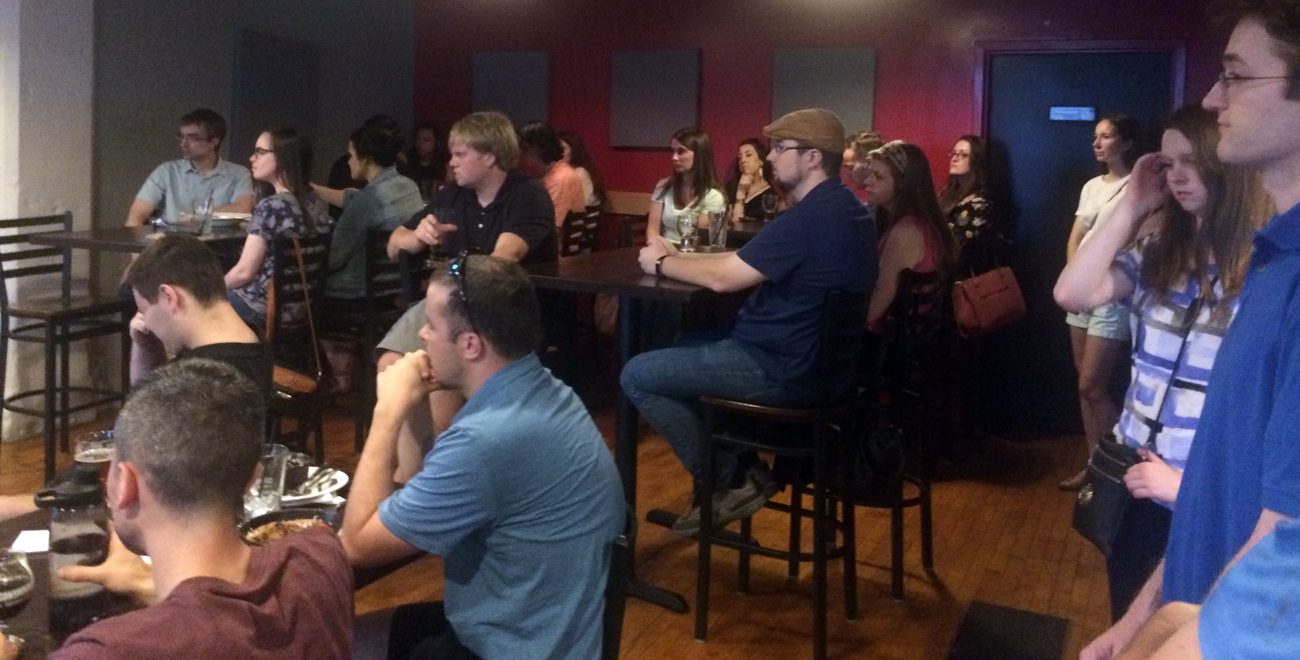 The attendees listen intently to Kelly Anderson, assistant professor of biblical studies at St. Charles Borromeo Seminary, speaking on the theme, “Jesus Christ: The Only Expected One” July 16 during the Theology on Tap event hosted by Metanoia Young Adults. (Photo by Dan McCarty)