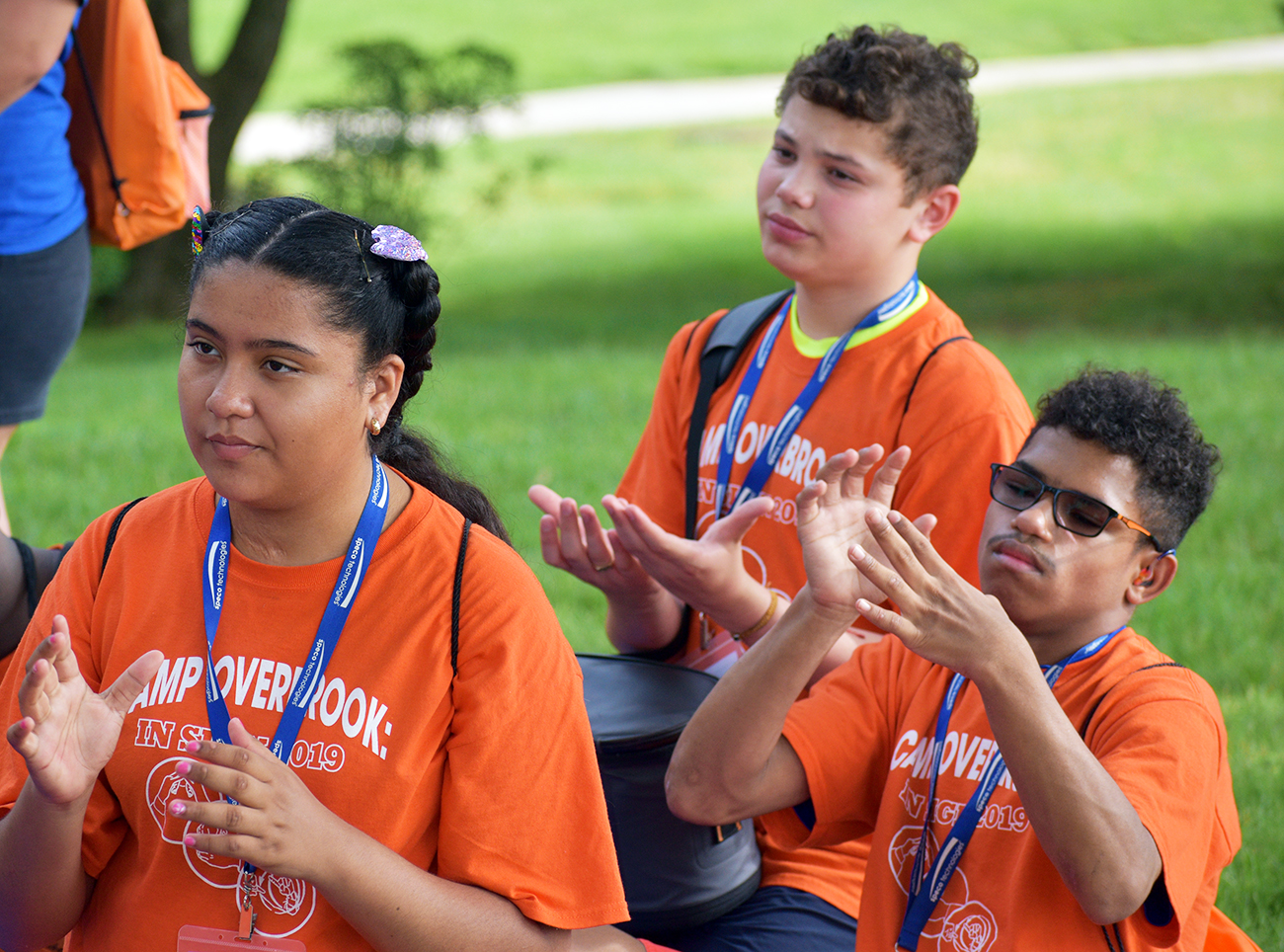 Participants at Camp Overbrook: In Sign, an annual summer day camp for Deaf children and youth, communicate in American Sign Language (ASL) at an afternoon activity, June 25. The annual camp, organized by the Archdiocese and funded by several partners, provides faith formation, inspiration and fun for more than 40 kids annually. (Photo by Jordan Sanjaya)

Growing up in Austin, Texas, Calvin Young dreamed of traveling the world — and being deaf wasn’t about to stop him.

While still a teen at the Texas High School for the Deaf, Young started an international studies program, helping to organize class trips to London and Paris. After college, two startup businesses and a breakup with his girlfriend, he decided to pursue his lifelong passion on a full-time basis and booked a flight to Southeast Asia with a friend.

Sixty-three countries later, Young heads up Seek the World, a social media travel channel through which he shares videos, reflections and resources for the adventurous journeys he undertakes. His goal, he says, is to inspire other deaf people to travel solo, and to pursue their own dreams to the fullest.

Young recently shared his groundbreaking experiences with 43 deaf students at Camp Overbrook: In Sign, which took place from June 19 to July 2 at St. Joseph’s University.

Now in its 23rd year, the project was launched by Sister Kathleen Schipani, I.H.M., director of the Archdiocese of Philadelphia’s Office for Persons with Disabilities and the Deaf Apostolate.

She clarified that while the lowercase term “deaf” refers to those with hearing loss, the capitalized “Deaf” embraces those who share a broader culture and, according to some estimates, over 200 sign languages used throughout the world.

Despite this array of languages and a rich historical heritage, the Deaf population remains underserved in many areas, something Sister Kathleen set out to change.

“I saw that Deaf kids had no real opportunities for Catholic faith formation in a fun setting,” said Sister Kathleen, who has also developed an app that teaches prayers and religious terms in American Sign Language (ASL). 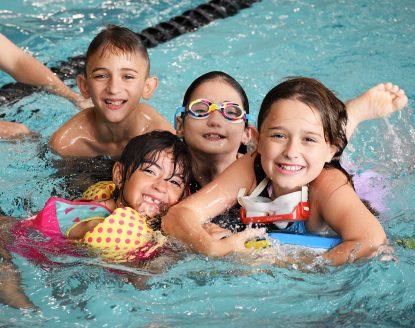 Swimmers cool off at Camp Overbrook: In Sign, an annual summer day camp organized by the Archdiocese of Philadelphia through its Deaf Apostolate. (Photo by Jordan Sanjaya)

Open to children of all religions, the camp focuses on Bible stories to encourage faith development. Arts and crafts projects, swimming, field trips, presentations, entertainment and fellowship round out the activities, all of which are conducted in ASL.

While most of this year’s campers were from the five-county Philadelphia area, a few participants traveled from New Jersey and from west of the archdiocese to attend the six-hour sessions.

In addition to the camp’s adult staff, some 16 high school and college students assisted with activities, making for a staff to camper ratio of 3 to 8. Such levels are integral to Deaf educational practices, said Sister Kathleen.

“The language is visual,” she said, noting that instructors and students need to remain within each other’s eyesight for in-person communications.

Because of the required staffing, the estimated camp tuition for this year was $800 per child. Parents only paid $85 of that cost, however, thanks to a blend of grants and donations from a number of supporters, including the Maguire Foundation, the Connelly Foundation, the Katie Kirlin Fund and the Child Development Foundation.

As part of its annual underwriting of the project, the Maguire Foundation provides part-time staff member Robert Schilling, who regularly dedicates two days a week to planning the camp and coordinating its speakers.

“Many of the kids here have never seen Deaf people who have become very successful outside of the local area,” said Schilling, the Maguire Foundation’s partnership developer for the Deaf and Hard of Hearing. “And that’s the goal of having these (nationally known) presenters come here, so that we can say to the kids, ‘Look, here are role models of success.’ That motivates them.”

Sister Kathleen added that students who have been mainstreamed into their local schools particularly benefit from their encounter with accomplished Deaf professionals from a range of fields.

“Even their teachers tend not to be Deaf,” she said. “But here, a lot of the leaders and presenters are themselves Deaf.”

It’s important to nurture that sense of community, said Schilling.

According to the World Health Organization, some 466 million people (over 5% of the world’s population) experience significant hearing loss. Despite key advances in adaptive technology — such as video relay services, which connect calls between Deaf and hearing users via ASL interpreters — modern communications can actually increase a sense of isolation.

“The accessibility is great, but the social skills suffer because there’s no exposure through interaction,” he said. “They can tend to stay in and connect through the technology instead.”

The workforce presents another set of challenges. A 2016 survey by Cornell University found that fewer than 40% of those with a hearing disability in the U.S. work full time. Many analysts cite inflexible hiring processes as a major obstacle to Deaf employment.

“When a Deaf person wants to discuss a job prospect, the first thing the hearing person says is, ‘I’ll call you for a phone interview,’” said Schilling. “And the Deaf person says, ‘Well, I can’t easily talk on the phone.’ And the response often is, ‘Thank you for your interest.’”

Deaf entrepreneur Jonas, who addressed campers during the June 24 session, said that she and her colleagues “must have the same qualities and skills as hearing entrepreneurs, but at 200 percent.”

Jonas is the CEO of creative agency Eyeth Studios and co-founder of Lost River Vacations, a tiny-house getaway in West Virginia. Deaf youth who want to establish their own companies should “start now,” she said.

“The younger you start, the better off you will be,” said Jonas. “It takes a hundred failures to succeed, so get those failures in while you’re young.”

“You keep trying, practicing, making mistakes, adjusting and changing into something beautiful,” he said.

Campers Alex Rivera and Jaden Roher-Ayers, both 14 years old, were inspired by the sessions.

Rivera welcomed the opportunity to broaden his horizons by meeting new people.

“It’s a chance to have some fun, and make new friends,” he said.