Seminarians gear up for bike tour to 10 local parishes 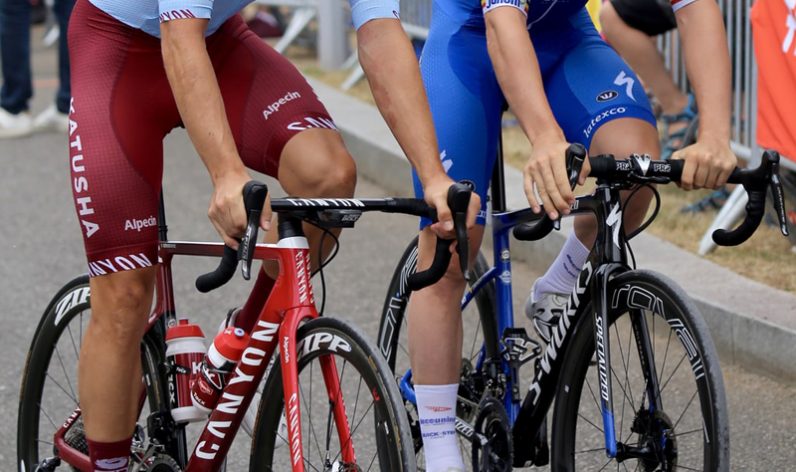 (Photo by Nathalie Spehner on Unsplash)

How many miles would you go to promote vocations to the priesthood?

Next month a small group of young men from St. Charles Borromeo Seminary plan to go 150 miles or so to spread the word.

In a new initiative called “Biking for Vocations,” over five days, Aug. 8-12, seminarians will be crisscrossing the Philadelphia suburbs by bicycle to spread the word that Jesus is calling everyone to a vocation, and perhaps young people to life as a priest or consecrated religious.

After heading out from the seminary in Wynnewood, there will be stops at 10 parishes in Chester, Montgomery and Bucks counties, with some overnights along the way. The first stop on Thursday, Aug. 8 is St. Maximilian Kolbe, West Chester followed by St. Joseph, Downingtown. Then on Friday, Aug. 9 it’s on to St. Teresa of Avila, Norristown and St. Eleanor, Collegeville.

St. Rose of Lima, North Wales and St. Agnes, Sellersville welcome the group on Saturday, Aug. 10. The following day the riders will celebrate Sunday liturgies at St. Agnes before heading to Our Lady of Guadalupe, Doylestown followed by St. Andrew, Newtown.

Monday, Aug. 12 is the last day with stops at St. Catherine of Siena, Horsham and St. Genevieve, Flourtown before heading back to the seminary.

Visits to the parishes will include holy hours, prayer services, Mass and vocation/witness stories given by seminarians including Eric Tamney, Chris Massaro and Tucker Brown among others, and the three will also update their progress on Facebook Live.

Joining the eight seminarians on the ride – seven men from the Philadelphia Archdiocese and one from the Allentown Diocese — will be Father Chris Cooke, the director of the seminary’s Spirituality Year program located in Conshohocken.

And they won’t be alone on the roads. More than a dozen other seminarians and volunteers will be transporting the riders’ gear and supporting them in cars along the way.

Now cycling along busy highways might have an element of danger about it, but not to worry. Seminarian Tucker Brown is the main promoter for Biking for Vocations, and he happens to be a graduate of Thomas Jefferson University Medical School. He did his internship with Christiana Care Health System in Delaware before deciding that ministering to souls, not just bodies, was his real vocation.

Although the main purpose of Biking for Vocations is the promotion of the priesthood as a vocation, the Archdiocese of Philadelphia is doing fairly well on that score, considering the times. In this regard it is currently one of the leaders for promoting priestly vocations in the country, but there is always room for more.

“This year we expect 19 to 21 men entering and it could go as high as 24,” said Father Stephen DeLacy, the archdiocese’s energetic director of the Vocation Office for Diocesan Priesthood.

Father DeLacy well knows it is highly unlikely that all the seminarians will stay through ordination to the priesthood. The seminary years are not only a time of formation, they are a time of discernment, and past experience indicates some will probably ultimately decide that the priesthood is not their calling.

But if 12 stay to ordination that will be a real joy, Father DeLacy believes, a greater number than St. Charles has ordained in many a year.

He urges prayers for the seminarians during the Biking for Vocations tour and always, because the church needs good, dedicated young priests.

Learn more about vocations to the priesthood in the Archdiocese of Philadelphia at HeedtheCall.org.