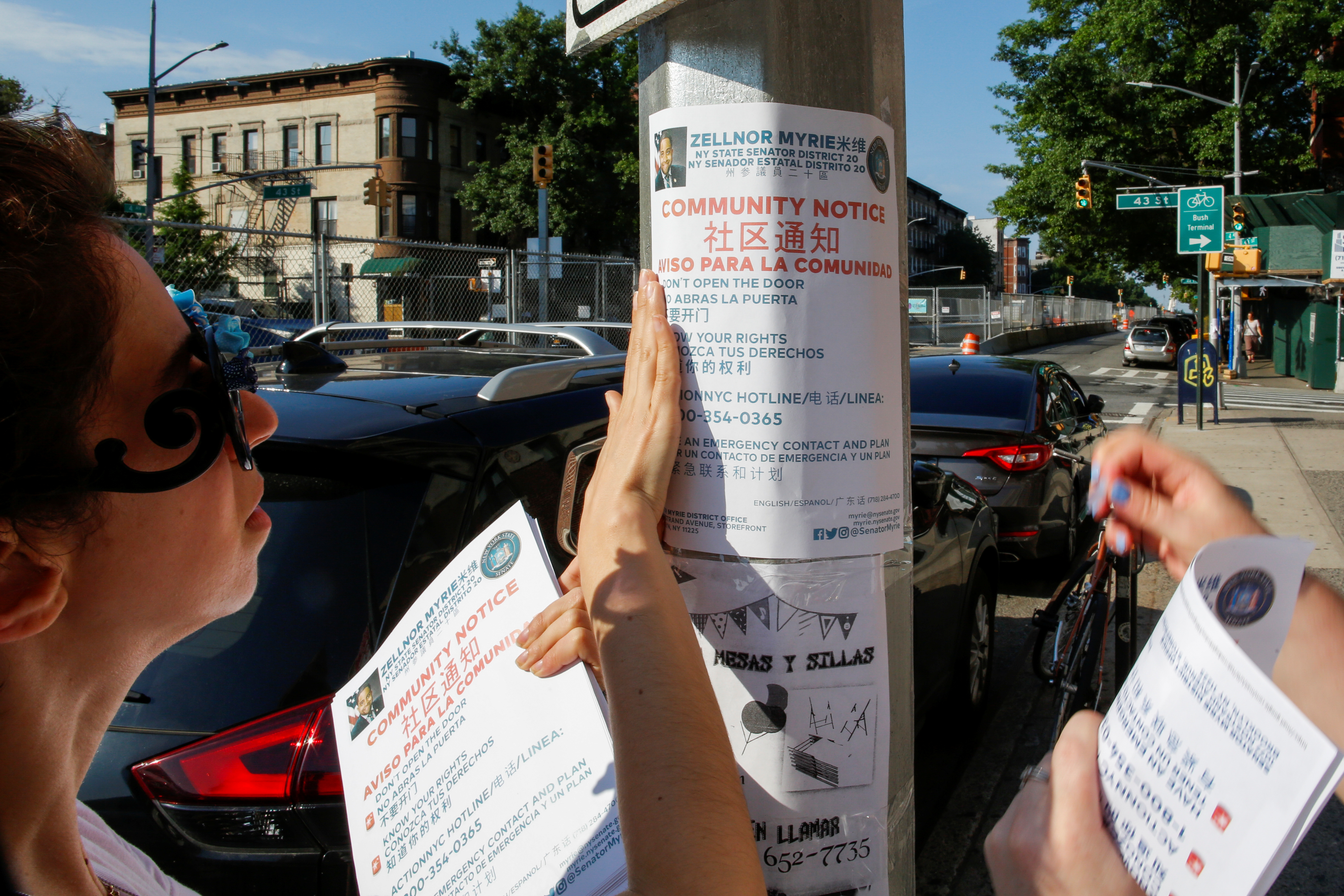 Although Sunday’s anticipated deportation raids failed to unfold as announced by President Trump, migrants and refugees remain on edge, said a number of pastoral leaders in the Archdiocese.

Individuals with final deportation orders in several cities had been targeted by U.S. Immigrations and Customs Enforcement (ICE) agents over the July 13-14 weekend, sparking a number of protests, including the July 12 “Lights for Liberty” gatherings held throughout the U.S. and, according to organizers, on four other continents.

Bishop Deliman described the widely publicized ICE operation as a “fear tactic,” and said that Latino immigrants with whom he spoke over the weekend are “concerned.”

“I didn’t say anything publicly about the raids, because I didn’t want to instill more fear than there already was,” said Bishop Deliman of his weekend visits to area parishes with Latino immigrant members. “Many have been here for a long time, and although they are undocumented, their children were born here.”

While the sweeps were intended specifically to apprehend those with final deportation orders, many immigrant advocates said that the actual number of targets was much higher. Through “collateral deportations,” any undocumented migrant may be subject to detention during a given enforcement operation.

As of Sunday evening, few cities had noted any significant ICE activity. New York Mayor Bill de Blasio tweeted on July 13 that he was “receiving reports of attempted but unsuccessful ICE enforcement actions” in that city’s Sunset Park and Harlem neighborhoods. Unconfirmed sightings of ICE agents knocking on doors in southern Florida were also noted by local media.

The prospect of such deportation sweeps, combined with the rancorous national debate over immigration, contrasts starkly with Christian values, said many local pastoral leaders. 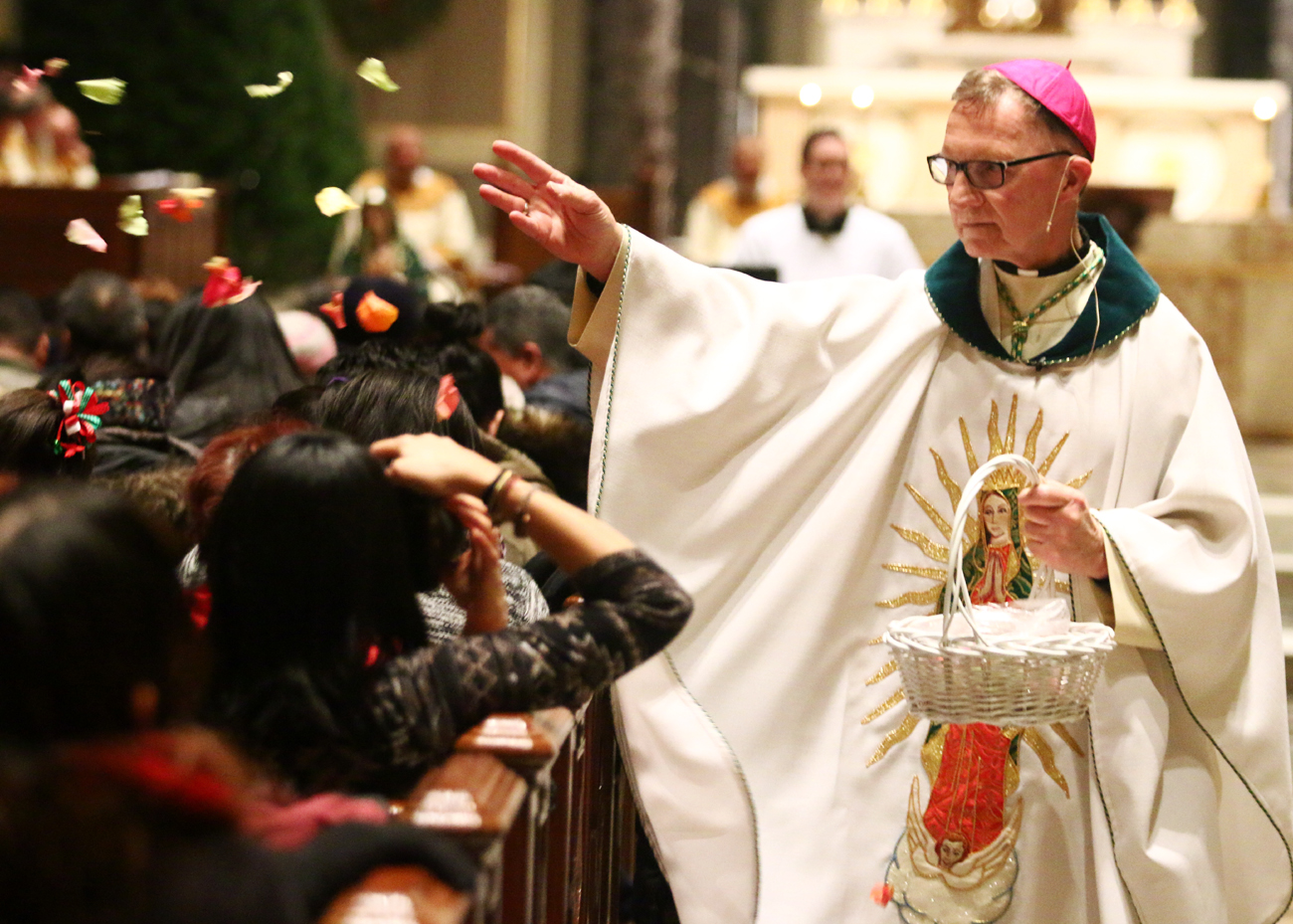 Several noted that Sunday’s Gospel passage, for both Catholics and many Protestants, recounted Christ’s parable of the good Samaritan, which emphasizes compassion for the wounded and endangered.

“Are we going to cross to the other side of the road when we see migrants, or are we going to do what the Lord has asked of us?” said Sister Rose Patrice Kuhn, I.H.M., director of Hispanic ministry at St. William Parish in Philadelphia.

Speaking by telephone from a temporary mission assignment in the Diocese of Raleigh, North Carolina, Sister Rose said that fear of deportation restricts even the religious practices of the Mexican immigrants she is currently serving.

With adult faith formation resources limited in their home parish, the immigrants had hoped to attend Bible study and prayer groups at a larger parish an hour’s drive away. However, “they’re too afraid to drive even that far,” said Sister Rose, although many of the immigrants have lived and worked in the community for 15 to 20 years, having initially been sponsored as employees of a local company.

Back home in Philadelphia, many of Sister Rose’s fellow parishioners are equally frightened.

One woman was frantic that she and her husband would be arrested and deported without the knowledge of their three young children, who are U.S. citizens.

“She asked me, ‘What will happen if they take us from the street, and our kids are in the house and they don’t know where we are?’” said Sister Rose.

Father Thomas Higgins, pastor of Holy Innocents Parish in Philadelphia, said that the deportation initiative “goes against everything Lady Liberty calls for when she says, ‘Give me your tired, your poor, your huddled masses yearning to breathe free.’”

Observing that some 65% of his parishioners are of Hispanic origin, Father Higgins reflected that his own family had emigrated from Ireland.

“The same country that welcomed my grandparents with open arms 100 years ago has decided to close its arms to people of color seeking a life free of violence, persecution and poverty,” he said. “It is amazing that a country that can land a man safely on the moon cannot figure out a way to land a family in need safely into our nation.”

Prayer and action are essential to “looking out for our immigrants in our parishes and neighborhoods,” said Sister Rose, noting that all of the faithful are called to assist “in whatever way they can.”

“That means writing to our senators and representatives, protesting and praying,” said Sister Rose. “We are all called to be a witness to good for each other.”

Bishop Deliman said the archdiocese is actively working to train clergy and laity in meeting the needs of migrants and refugees. At a June 26 session, several priests received an overview of current immigration issues and their comprehensive impact.

A follow-up session for lay people and their pastors is scheduled for July 27 from 9 a.m. to 12 noon at the Archdiocesan Pastoral Center, 222 North 17th Street in Philadelphia.

The goal, said Bishop Deliman, is to offer migrants and refugees “accompaniment,” or “the spiritual and emotional support they need as they confront issues around life, faith and family.”

“We are an immigrant church, and we continue to stand with the immigrant community,” said Bishop Deliman, recalling a large sign he had seen at a conference in California that simply stated, “No one is illegal.”

The Archdiocese of Philadelphia’s Office for Hispanic Catholics and Catholic Social Services will hold its next session on immigrant accompaniment on Saturday, July 27 from 9 a.m. to 12 noon at the Archdiocesan Pastoral Center, 222 North 17th Street, Philadelphia. The session is open to laity and all are welcome. For more information, call 610-624-9388 or email mlaver@powerinterfaith.org.

PREVIOUS: Seminarians gear up for bike tour to 10 local parishes