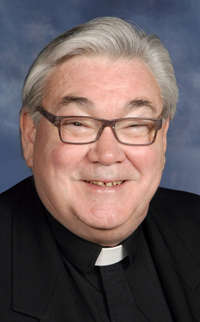 He was ordained May 17, 1975 at the Cathedral Basilica of SS. Peter and Paul by Cardinal John Krol.

Msgr. Corley’s first assignment was as parochial vicar at Our Lady of Mount Carmel Church, followed by St. Raymond of Penafort Parish and Most Blessed Sacrament Parish, all in Philadelphia.

He also served as assistant director of the archdiocesan Office for Youth and Young Adults and on the faculty of Cardinal O’Hara High School and John W. Hallahan Catholic Girls’ High School.

He was appointed pastor of Blessed Virgin Mary Parish in 1998, dean of the Eastern Delaware County Deanery in 2014 and rector of Villa St. Joseph, the archdiocesan retirement home for priests, in 2017.

Also that year he was named a Chaplain of his Holiness, with the title of monsignor, by Pope Francis.

Msgr. Frank Schmidt has known Msgr. Corley since their days in youth ministry, as his predecessor as pastor at BVM Parish and also long before that — as Msgr. Corley’s basketball coach on a championship team at Dougherty.

“He would tell me I was the reason he never made the NBA, because I made him pass the ball,” Msgr. Schmidt said. “He was a great leader. He spoke his mind on the issues and he related to priests and to the people.”

Mary Jo Blake, a parishioner, remembers Father Corley’s inclusiveness of everyone and his wonderful homilies, which he would end with “God is great.” The people would respond, “All the time.” He would say, “We are great.” The congregation’s response was, “Some of the time.”

No matter if there wasn’t a choir, Msgr. Corley would sing anyway and Mass would end by his leading “Immaculate Mary.”

This past Sunday, with a substitute priest unaware of this, the Mass was ending in silence. Someone started to sing “Immaculate Mary.” Everyone joined in as a way to honor their much-loved pastor. 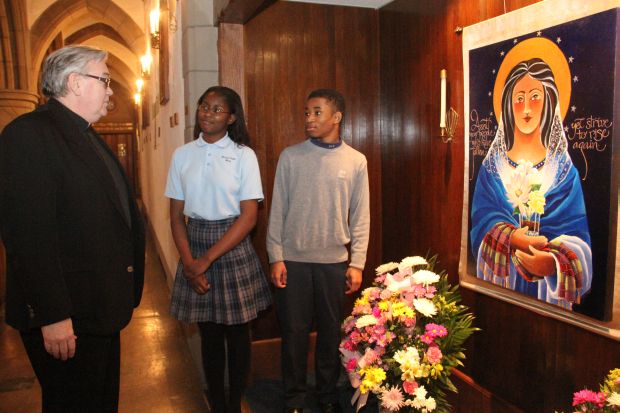 Father James Callahan was two years older than Joe Corley but he too played basketball at Dougherty and recalls what a talented player Father Corley was as a teen. But more important, “He was a great guy, very outgoing,” Father Callahan said. Later, “he was a good priest, happy wherever he went.”

“I worked with him for 18 years. I lost a good pastor and I lost a good friend,” said Immaculate Heart Sister Virginia Paschall, BVM School’s principal. “He was such a humble priest. He led a simple life and he was a priest for the people. He helped so many people and it had a ripple effect.

“He knew his people and their needs. He loved to say Mass for the school children and he built up a faith community like I had never experienced before.”

Anne Fuhs, the parish secretary, only knew Msgr. Corley for the past six years, but said, “I can’t believe this. He was awesome, he was like a father to me,” she said.

While Msgr. Corley’s death may have taken his parishioners and many friends by surprise, he may have had a premonition. He told Fuhs, “God sent me two angels and I’m just waiting for them to arrive.”

In an Advent reflection posted on CatholicPhilly.com last December, he was entering Advent “wondering when it will be over for me on earth.” He wrote:

First, knowing that being in the sunset of life, I escape fear by staying awake. I look for the joy, hope, new life, sense of wonder, gratitude and excitement linked to the Birth of Christ.

Being conscious of “it” makes me appreciate the simple pleasures of life: good food, a warm shower, a movie, a joke, conversation, music, or the memory of the presence of grace in my life.

Second, the thought of meeting St. Peter when I am not ready, willing, or prepared makes me pay more attention to people I see often: friends, family, staff, those who have loved me, encouraged, inspired, corrected and forgiven me.

There will be a viewing for Msgr. Corley at Blessed Virgin Mary Church Tuesday, July 2 at 4 p.m. followed by a 7 p.m. parish Mass.

Among the concelebrants will be Msgr. Ralph Chieffo; Fathers Edward Hallinan, Edward Kennedy, Joseph Meehan, John Newns, Dennis O’Donnell and Roland Slobogin, plus Father John Large, who will be the homilist.

Msgr. Corley is survived by his brother, Fred (Marge) Corley; and nieces and nephews. 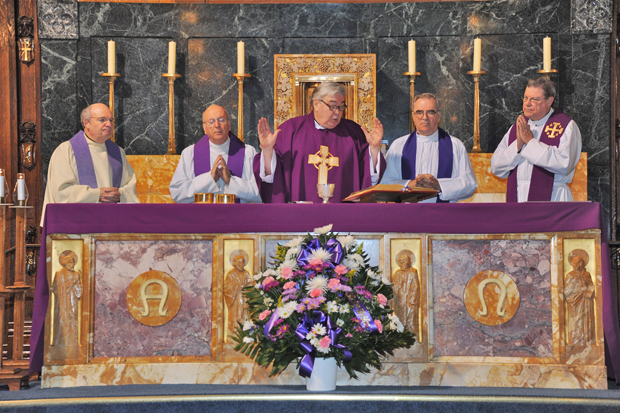