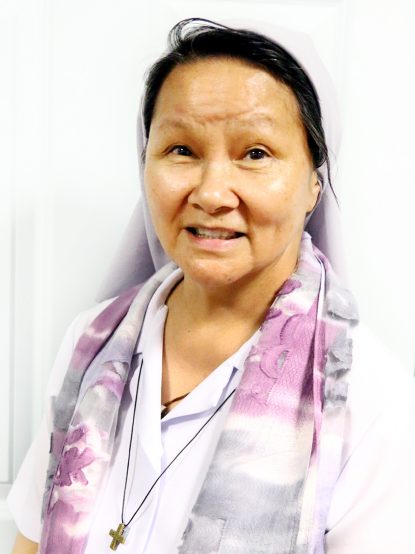 Sister Gertrude Borres, a member of the Religious of the Assumption who was recently named director of the archdiocesan Office for Pastoral Care for Migrants and Refugees, could be classified as a migrant herself.

Sister Gertrude, who just celebrated her 50th anniversary in her congregation, was born and raised in the Philippines and traveled the world in many assignments before coming to Philadelphia, first as Director of Parish Evangelization and Social Justice at Our Lady of Hope Parish in North Central Philadelphia.

In a way, there is a historic connection between the Assumption Sisters in the Philippines and Philadelphia. Although they were founded in France, Philadelphia’s Cardinal Dennis Dougherty, who was a bit of a Francophile, first encountered them when he was a bishop in the Philippines during the post-Spanish-American War period.

The sisters there were best known for conducting private schools for girls. After becoming Archbishop of Philadelphia he was instrumental in bringing Assumption Sisters from France to establish Ravenhill Academy.

Although the school no longer exists the sisters are still here, but their work is now among the poor and the marginalized, not the daughters of the elite.

As a young laywoman Sister Gertrude studied through her sophomore year at Assumption College in the Philippines. As she recalls, entering the convent was not a serious option for her.

“I was active in school, a student leader and I did summer activities with the poor,” she said. “But I was very active in my social life. I loved to party, I liked to dance, and I had a boyfriend. I never thought about being a nun, I was a regular girl in every way.”

Then something happened while she was alone in the college’s chapel during a retreat for sophomores. “I was looking at the cross, I can’t explain it. I felt God’s overwhelming love for me. God loves me so much; what am I going to do?” she recalls.

She consulted with the dean, Sister Catherine Mary, who suggested she might have a religious vocation.

“No way, I don’t want to be a nun,” she protested, before storming out of the office.

But something had changed. She started going to daily Mass, even though “I wasn’t a holy girl,” she said. Truthfully it wasn’t the Mass she craved. It was the Eucharist, she remembers.

Ultimately she left college for the novitiate. Her beau was not happy about this, but eventually he got over it and married someone else.

Sister Gertrude entered in a class of 10 postulants, four of whom persevered. As a young sister, her wish was to be a missionary, but she was never assigned to the missions.

She did many things — she was a college president, a member of the Assumption Counsel in Paris — and traveled the world, witnessing poverty in India and Africa and a different kind of poverty in the United States. A bout of cancer slowed her down but only temporarily.

Finally in 2013 she received permission to be a missionary in the United States and she has been here ever since, mostly at Our Lady of Hope Parish, a wonderfully multicultural parish led by Father Efren Esmilla with many immigrants from different lands, and yes, a lot of poverty.

Now she takes up new duties as director of the Office for Pastoral Care for Migrants and Refugees with archdiocesan-wide responsibilities. There are three offices under the Office of the Vicar for Cultural Ministries: the Office for Black Catholics, the Office for Hispanic Catholics and Sister Gertrude’s office, which covers all newcomers who are not Black or Hispanic.

“We integrate more than 30 different cultures,” Sister Gertrude said. “There are 30 different communities that the archdiocese has recognized as needing special care.

“I love my work. I’m at the heart of the Church in Philadelphia and I love the community spirit. We want to let the people know they belong to the archdiocese and the archdiocese cares for them.”

There are many facets to ministry among immigrants and not the least of them is pastoral work for justice and advocacy, especially helping the undocumented newcomers become documented.

Yes there are challenges, but Sister Gertrude is up to them.

“My greatest joy,” she said, “is working with young adults,” and her greatest satisfaction is “when people tell me they love the church, when they see they are part of the church and their church welcomes them and cares for them.” 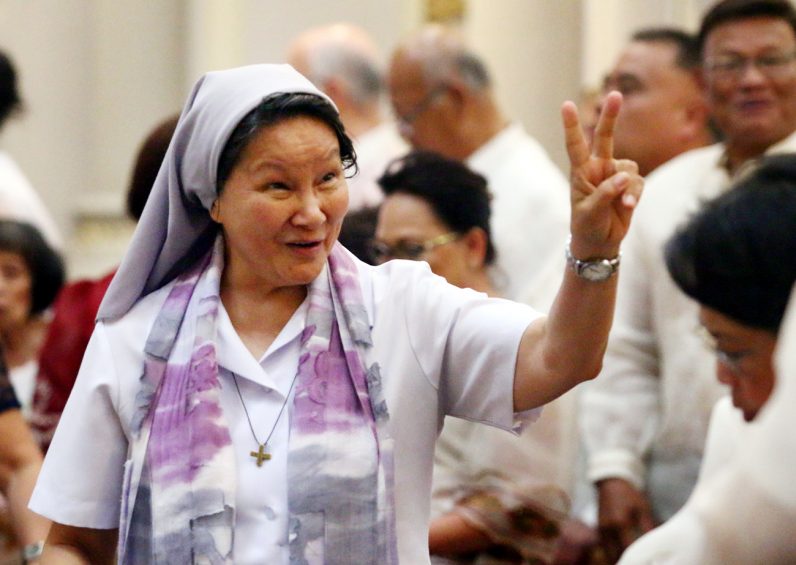 NEXT: God’s ‘pure and simple’ call led sister to head of global order