Catholic experts at odds over safe injection site for Phila. 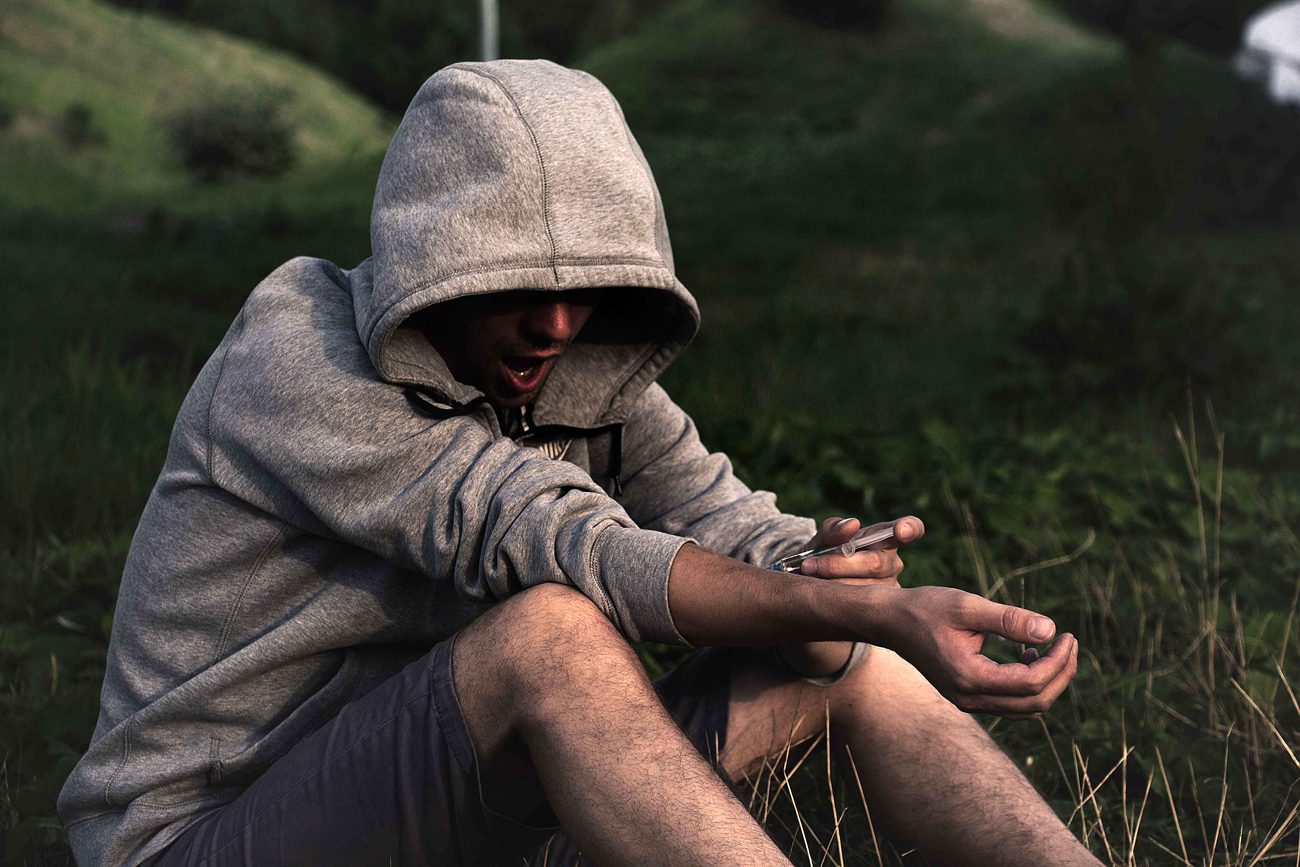 As city officials move toward creating a safe injection site in Philadelphia, two groups of Catholic bioethicists have released position papers — one endorsing and the other condemning the project.

At present, there are at least 100 safe injection sites (CUES) worldwide, with the majority in Europe, Australia and Canada.

Philadelphia is seeking to become the first U.S. city to offer such a facility. At the end of July, Mayor Jim Kenney and city officials toured safe injection sites in Toronto and Vancouver.

But U.S. Attorney William McSwain has vowed to block the creation of such sites, arguing at an Aug. 20 federal court hearing that they violate the Controlled Substances Act of 1970, which bans facilities for the “manufacturing, distributing or (use) of any controlled substance.”

Father Clark, who directs St. Joseph’s Institute for Clinical Bioethics, assembled a team of ethicists, medical residents and students to make a case in his paper on behalf of the city, which in 2018 saw a slight decline in fatal opioid overdoses, but still counted 1,100 deaths.

“Addiction is so pernicious, and somebody has to do something,” Father Clark said in an interview with CatholicPhilly.com. “This is out of control.”

Steven Bozza, director of the Archdiocese of Philadelphia’s Office for Life and Family, and Dr. Jeffrey Berger, an addiction medicine specialist, agree that the crisis demands immediate action. But they insist safe injection sites aren’t the answer.

“They’re basically a way of saying, ‘Send these people off, I don’t need to be involved,’” said Berger, who with Bozza co-authored an ethical assessment of safe injection sites earlier this summer. ”They are interventions of despair from a culture of abandonment.”

Agreement, to a point

Both sets of bioethicists have written papers that defy “apples-to-apples” comparison. Father Clark’s publication outlines a specific plan for a customized local version of the Insite safe injection site in Vancouver, British Columbia.

While Father Clark and his team address specific objections often raised about such sites, Berger and Bozza offer a broader analysis that examines safe injection sites in light of Catholic social teaching and health care ethics.

Despite the differences in approach, the two sides agree on several key points. They stress the need to uphold the “sanctity of human life” (a phrase both cite), and they regard addiction as a disease that profoundly damages an individual’s willpower and ability to make healthy decisions. Education and awareness are essential in preventing addiction, and in compassionately treating those who suffer from it.

“Back in the 1990s, there was a push in medicine to seek cheap ways for treating complex problems,” said Berger, adding that a “pain management crisis,” coupled with doctors’ reduced visit time with patients, led to “declaring pain as the fifth vital sign” and prescribing around it.

“Several pharmaceutical companies have been caught in a lie because they knew these drugs were addictive,” said Father Clark. “Yet they told the physicians that they weren’t.”

As patients became dependent on expensive prescription opioids, they increasingly switched to the cheaper option of heroin, often laced with the synthetic opioid fentanyl, and the numbers of overdoses began to soar.

Toward the goal of healing

Bozza and Berger concede that the safe injection sites advocated by Father Clark can help to reduce fatal overdoses, the spread of diseases such as HIV and Hepatitis C, and the stigma and isolation that accompany addiction.

But that’s still not enough to justify building such a facility, said Bozza, because ultimately almost every aspect of a safe injection site adds up to a grave moral evil – one that keeps those with addiction enslaved.

“A doctor’s Hippocratic oath states that you should ‘first, do no harm,’” said Bozza. “Drug abuse is doing harm, even if you have a clean needle and you’re in a place that’s safe.”

Bozza and Berger assert that safe injection sites actually prolong the agony of addiction by reinforcing the affected individual’s distorted thought process, which seeks to “use easily without (negative) consequence,” said Berger.

“When you allow them to live in that fantasy world with no consequence, you can never break through so they can be healed,” he said.

Father Clark and his team disagree, stressing that the goal of such sites is to encourage clients to seek recovery. He and his colleagues cite statistics from Insite that claim out of the 3.6 million users who have self-injected since 2003, 48,798 — 1.35% — have accessed some form of clinical treatment for substance abuse disorder.

But research on safe injection sites is, by many accounts, incomplete as well as controversial.

Although they reference a number of studies, Father Clark and his team write that “more updated research is needed to support conclusively the idea that (safe injection sites) … do not increase drug abuse but help (people who inject drugs) move towards cessation.”

The authors also note that “there have been no recent studies” to determine whether safe injection sites like Insite promote drug tourism to a community. They add that it would be “hard to know” whether “minors would feel motivated to use drugs” because of a place like Insite, since “it is not easy to develop a robust survey to inquire.”

Lack of research is only part of the problem. Scientists and health professionals themselves aren’t immune to political influence, according to Danielle Elliott of Toronto’s York University, who worked closely for 16 months with Insite staff and health administrators in the Vancouver area.

In a 2014 article, Elliott — who endorses safe injection sites — called for a “critical inquiry” into the “politicization of evidence” backing such facilities. According to Elliott, data was used to support an “exclusive focus” on creating the site, at the expense of other healthcare initiatives, such as a regional plan for HIV/AIDS prevention and treatment.

Father Clark and his team suggest that “mobile or portable CUES sites … could be a way of working around” the Controlled Substances Act, also known as the Crack House Statute. Additionally, the sites could be justified through a criminal law “defense of necessity,” where an illegal act can be excused if it is committed in an emergency to prevent further harm.

Neither option is viable, say Bozza and Berger. While the desire to help those struggling with addiction is virtuous, those who “support and help establish (safe injection sites), whatever good is intended,” end up facilitating “the continued use of illegal intravenous drugs, a gravely evil act.”

Communities generally resist the opening of a safe injection site, fearing crime, violence and a labeling of their neighborhoods as drug zones. Father Clark and his team named Philadelphia’s Kensington section as “the perfect pilot location for a safe injection site,” since it “has become a mecca of drug dealing.”

But at a March 26 community meeting with city officials, Harrowgate Civic Association president Shannon Farrell said residents “would literally be choosing the lives of drug users over our children” if such a site opened there.

After traveling to a Toronto site with Safehouse board members, Farrell observed that the Canadian site used a “containment” strategy better suited for an industrial or business district, rather than a residential area.

At the meeting, Farrell told officials that if the city proceeded with opening a site in Kensington, “you would contain us and condemn the area that we’re living in to that life and living in that crisis forever.”

Bozza and Berger agree that “lost in this discussion is the safety of the community and its members.”

Bozza and Berger maintain there are better harm reduction strategies that align with Catholic teaching. They call for expanded residential rehabilitation programs, similar to those offered by the Salvation Army; increased counseling and education for families and loved ones of those experiencing addiction; and greater investment in vaccines against hepatitis.

Both sides also account for the financial impact of the opioid epidemic.

Citing Philadelphia officials, Father Clark and his team speculate that safe injection sites could annually save the city up to $74 million in overdose death costs and an additional $1.86 million in wound care costs. But without knowing the number of individuals who would use the site, “it is difficult to provide an accurate assessment on the costs compared to the benefits,” they said.

Bozza said a more comprehensive and cost-effective solution is already in place.

“I would look to the work of Catholic Social Services here in Philadelphia,” he said, noting that the archdiocesan agency provides an array of practical and spiritual resources that can be accessed through its “Recovery and Hope” website.

Ultimately, both sets of bioethicists believe that Christ compels his disciples to minister to those suffering from addiction.

Father Clark and his team wrote that “if we, as a society, value human life as sacred, we must find a way to prevent these deaths.”

“Pope Francis has called us to a culture of accompaniment,” said Berger. “And when accompaniment sees a child of God who is falling into ruin, it asks, ‘What talents has God given me to help this person get better?’”