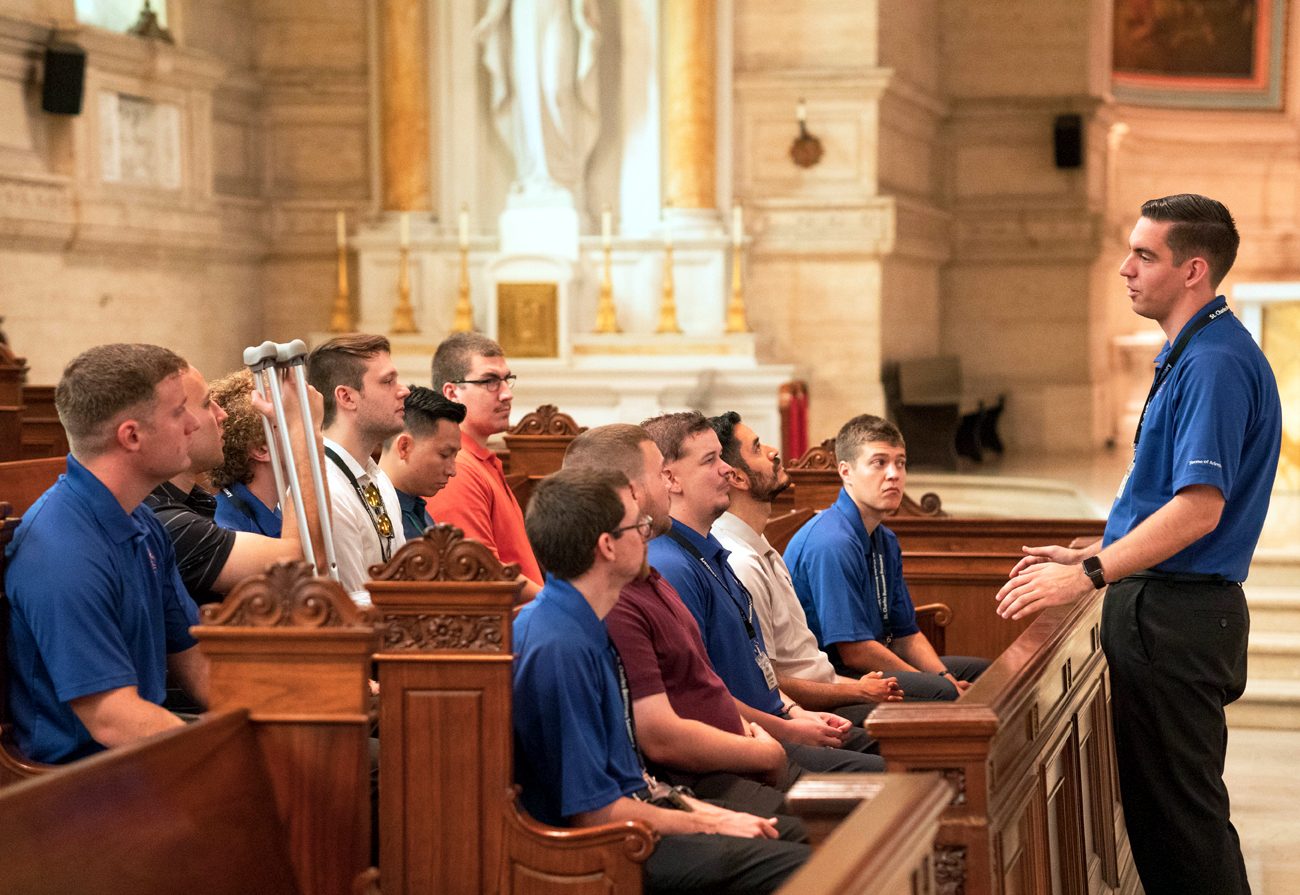 On opening day at St. Charles Borromeo Seminary Aug. 20, 165 young men either began or are continuing their studies for the priesthood for the Archdiocese of Philadelphia and dioceses around the country.

Actually 75 are studying for the Archdiocese of Philadelphia, according to Bishop Timothy Senior, who is beginning his eighth year as rector of St. Charles.

Of the 165 seminarians, 44 are new men this year, with 19 of them beginning their studies for the Philadelphia Archdiocese. As is more typical of this generation, 13 of the 19 have come to the seminary post-college, with only six entering for their first year in the College Division.

A century ago boys would often enter the seminary even younger, completing junior and senior high school years at St. Charles. This practice was discontinued because it was thought boys of that age were too young to make a mature lifetime commitment. But some of a tender age really are convinced of their vocation: The late Cardinal Dennis Dougherty was turned down at St. Charles as too young when he was 14 so he studied for two years at a Canadian seminary before finally enrolling at St. Charles at age 16.

While St. Charles Seminary may look very much like the seminary Bishop Senior graduated from 34 years ago, the program of studies has definitely changed. 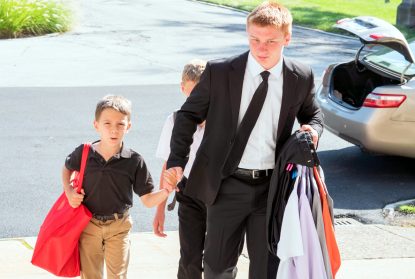 A new seminarian, helped by his little brother, moves in on the first day at St. Charles Borromeo Seminary. (Photo by Zinjin Iglesia)

“Traditionally, St. Charles has always had an impeccable reputation for its academic formation,” he said. “We have a tremendous faculty for teaching theology and philosophy in a manner that is always faithful to the magisterium of the church.”

One of the greatest innovations in recent years was the introduction of the Spiritual Year, a program in which the seminarians focus entirely on their spiritual formation rather than academic classwork. Based on comments from recently ordained priests, they find that year the most satisfying of their time in seminary formation.

Bishop Senior explained that men who are coming in post-college begin their Spiritual Year immediately, while post-high school seminarians usually experience it after their second year in the College Division. The program is hosted off the Wynnewood campus at St. Matthew Parish in Conshohocken.

Traditionally the Catholic high schools are a source for religious vocations. This year, Bishop Senior noted, three of those entering are graduates of Lansdale Catholic High School — two June grads, one post-college.

While spirituality and theological studies have always been necessary parts of seminary formation, in recent years due in large part to the clergy abuse scandal, much greater attention is being given to human formation, particularly forming affective maturity, Bishop Senior said.

“It is an integration of sexuality, preparing for a life of chastity, promoting interpersonal skills, conducting oneself in a mature way to be an effective priest,” he said.

“It’s helping the men to work through whatever struggles they may have, working with whatever issues they may have. There are many seminarians today who come from a family that has divorce. That would have been rare when I was a seminarian.”

Regarding the scandal and how in the past so many disordered men were being ordained, “I can’t speak to how it happened,” Bishop Senior said. “All we can do is make sure that it is eliminated.”

He pointed to the fact that today there is much more psychological screening even before candidates are admitted to the seminary.

One interesting phenomenon is that just as America has become less Eurocentric in its population, so too has St. Charles Seminary.

At this point 30 percent of the seminarians are Hispanic or non-Caucasian,  according to Bishop Senior.

Back in the early days of the Archdiocese of Philadelphia, most of the young men ordained were Irish.

Clearly St. Charles Seminary represents the diversity of the Universal Church, changing as it must to address the challenges of the 21st century of the Christian era.

The 19 men newly admitted to St. Charles Borromeo Seminary for the Archdiocese of Philadelphia include: