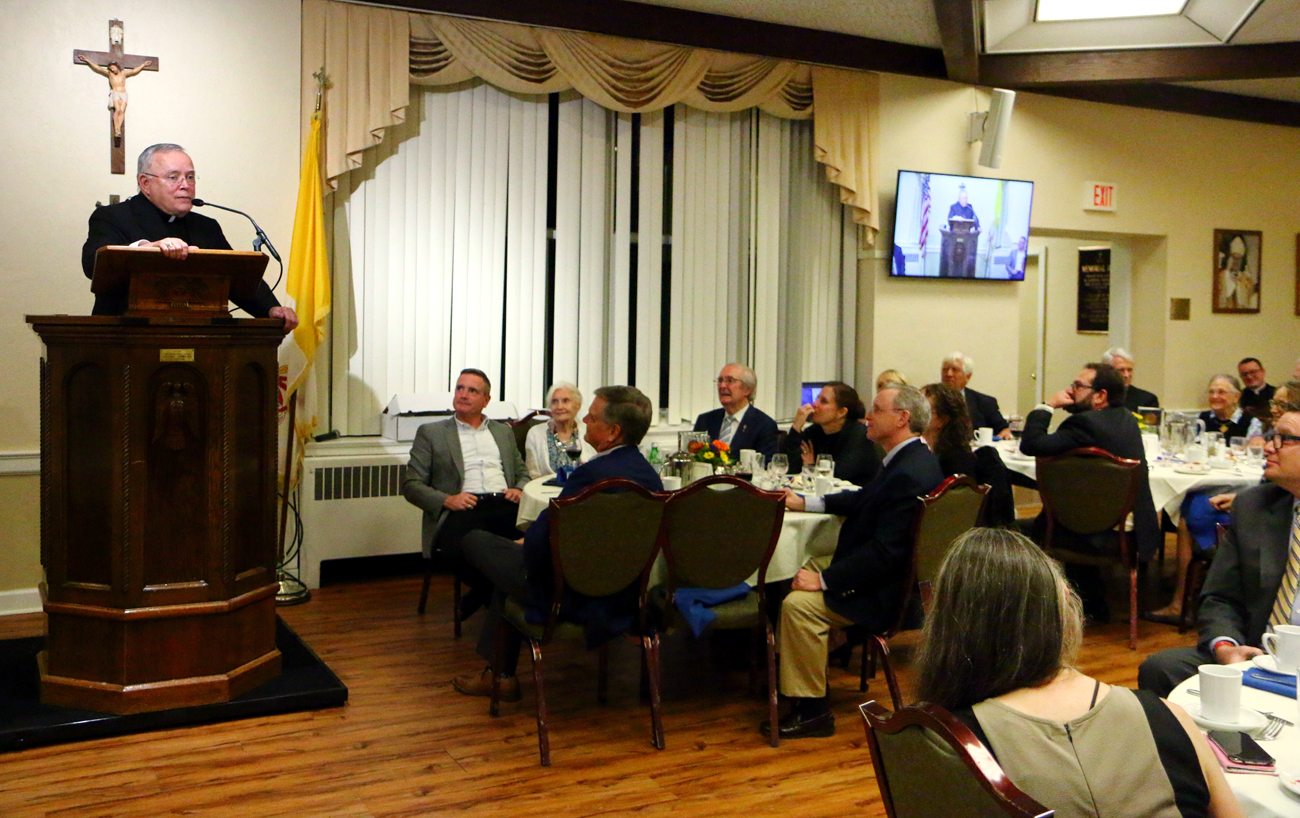 Archbishop Charles Chaput addresses attendees of the St. Joseph the Worker Medal awards dinner, held Sept. 12 at Malvern Retreat House. After accepting the honor, the Archbishop said in his keynote address that challenging times enhance the call to holiness, and deepen the faithful’s commitment to the church. (Photo by Sarah Webb)

The lay-run retreat center conferred its St. Joseph the Worker Medal on Archbishop Chaput at a Sept. 12 dinner and ceremony attended by some 240 supporters. Now in its seventh year, the annual award recognizes individuals whose accomplishments reflect a deep commitment to the Catholic faith and its moral teachings.

The evening’s additional medal recipients were Sean Flanagan, captain emeritus of the Knights of the Immaculata and a major benefactor of pro-life initiatives in New Jersey; and Barbara Henkels, a Catholic convert and founder of the Regina Academies.

During his keynote address at the ceremony, Archbishop Chaput said that he was honored to share the stage with Flanagan and Henkels, whom he said demonstrate “what real lives of discipleship look like.”

He added that such examples are particularly needed in what are “odd days” and “a hard time for Catholics.”

Nonetheless, he said, the current cultural, political and historical milieu represents “a privileged moment” for Catholics, who “get to prove who (they) are and what (they) really believe.”

Archbishop Chaput cited the example of St. Francis of Assisi, who lived “at a great time of political unrest, and deep confusion and corruption in the church.” Although initially “submerged in that world,” Francis embraced the Gospel “sine glossa — without gloss, without excuses, without interpretations to make discipleship easier or more comfortable.” 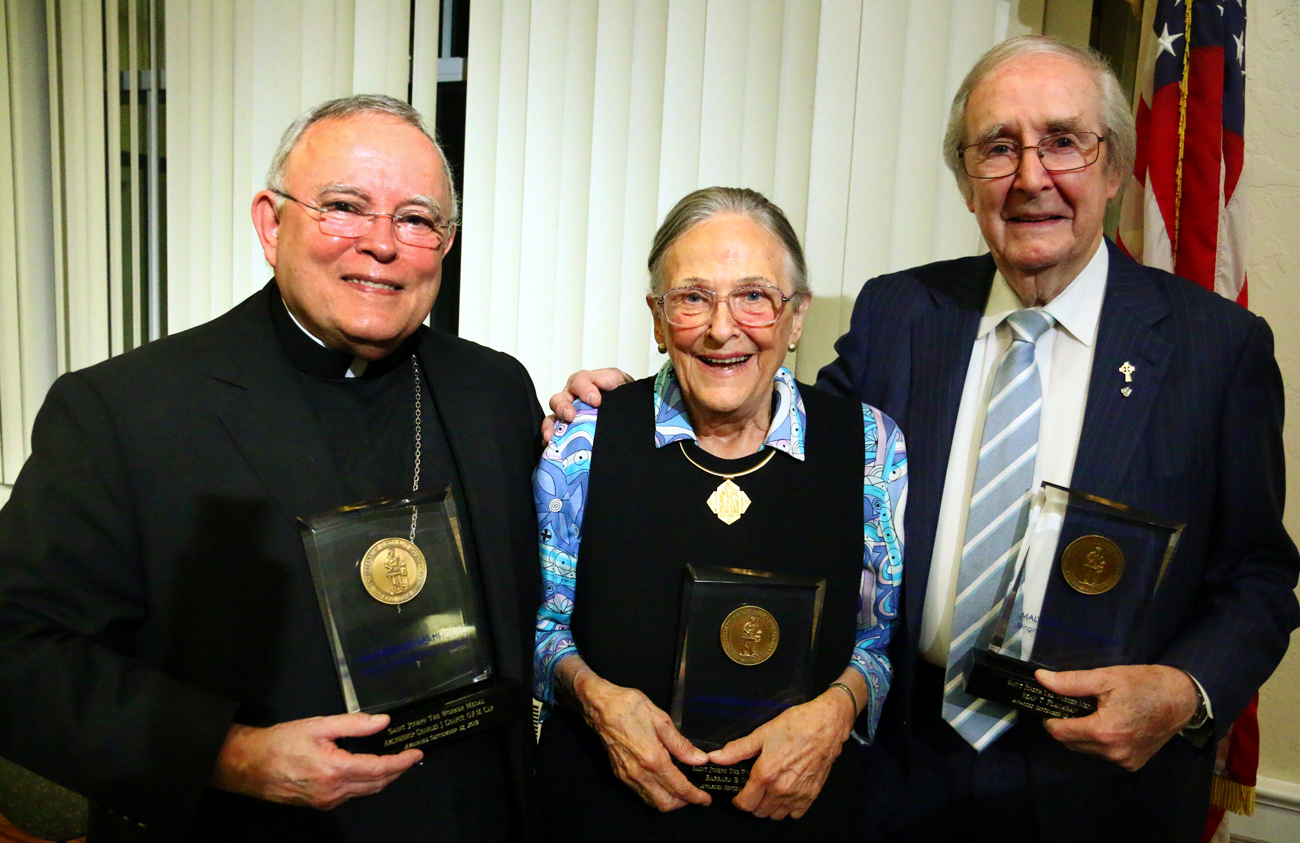 As a result, the saint — whom the archbishop described as “a revolutionary in the truest sense”– witnessed to holiness while remaining “always a son of the church,” one who “insisted on fidelity and obedience to the Holy Father and reverence for priests and bishops … even the ones whose sins meant they didn’t deserve it.”

Referencing St. Francis’ visionary experience at a crumbling wayside chapel, Archbishop Chaput observed that “what Francis heard from the cross of San Damiano was not ‘replace my church’ or ‘reinvent my church,’ but ‘repair my church.’”

The archbishop also stressed the example of St. Joseph, whom St. John Paul II and several other pontiffs have lauded for his outstanding humility and holiness. In addition to being the earthly protector of both Mary and the child Jesus, St. Joseph is “the patron saint of that life-giving reality we know as the church,” said Archbishop Chaput.

In essence, he added, the church needs its saints, and the saints in turn need the church, which despite her necessary “institutional forms … is always much more than the offices that serve her mission.”

“The church is not an it. The church is a she,” said Archbishop Chaput, quoting St. John XXIII’s description of the church as mater et magistra, Latin for “mother and teacher.”

NEXT: British lawmaker to speak in Malvern on Catholic identity