When others would look to retire, IHM sister takes on new mission in Peru 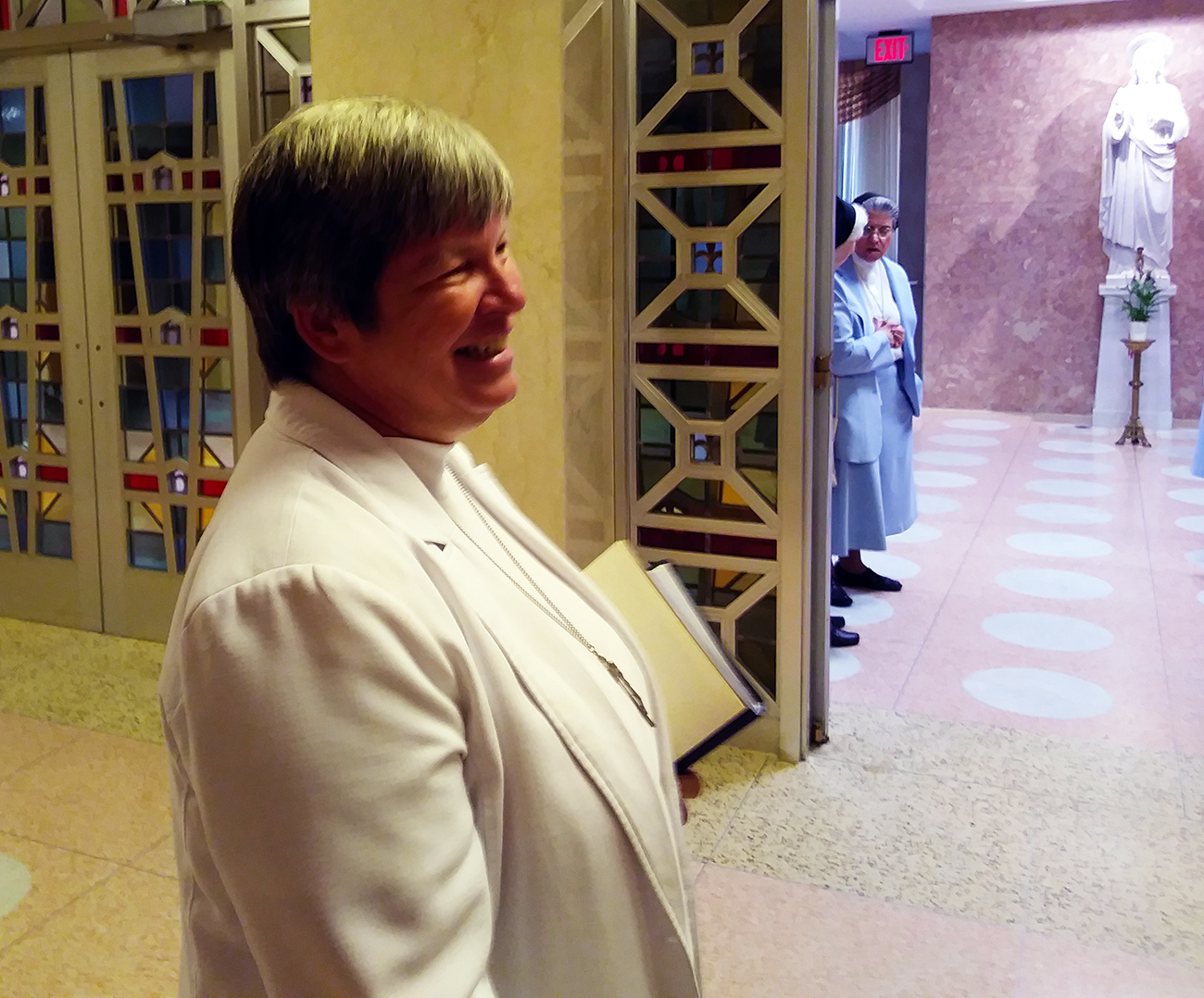 After decades of service in the United States, I.H.M. Sister Marie Bernadette Taraschi will head to Lima, Peru this September to take on a new assignment at the congregation’s Colegio San Antonio, where she will teach English. (Photo by Gina Christian)

After more than three decades of full-time ministry, most people might have an eye on retiring, or at least downshifting their pace.

But one Philadelphia nun is just getting warmed up, and in a few days, she’ll be starting a new assignment some 3,600 miles away in Lima, Peru.

The Downingtown native has most recently served as the director of religious education at St. William Parish in Northeast Philadelphia. The parish’s sizeable Spanish community has been drilling her in their native language, which she’s also been studying for the past two years with Elizabeth Quintero, head of the prestigious Spanish Language School in Center City.

Upon landing in Lima, Sister Bernadette will assume a post at the I.H.M. order’s Colegio San Antonio, where she will teach English to students aged five to 16, joining 13 fellow sisters who are currently in residence there as part of the congregation’s 90-year mission in Peru.

However, the real lessons Sister Bernadette will impart won’t have much to do with grammar, said Father Christopher Walsh, who celebrated an Aug. 24 Mass at the I.H.M. order’s Villa Maria House of Studies as part of Sister Bernadette’s formal commissioning to the position.

Addressing some 225 of her fellow sisters, family and friends, Father Walsh (who serves as pastor of St. Raymond of Penafort in Philadelphia) observed that Sister Bernadette’s central task in Peru will be to “bring the good news” to others through her own witness.

Father Walsh added that by allowing her own challenges to humble her, Sister Bernadette would model “the path to salvation in Christ to a world that doesn’t know what to do with suffering.”

At the same time, Sister Bernadette looks forward to being inspired herself by those to whom she will minister.

“I think it will change my spirituality, and it will take me to a new level with the Lord,” she said. “The spirituality of the sisters who have been in South America is always different when they come back; they’re even closer to the Lord from their encounter with the poor.”

After an initial two-year assignment, Sister Bernadette will fly back to the U.S. for a brief sojourn before teaching for a final four years at the Colegio San Antonio.

Asked what she would miss most while in Peru, she immediately responded, “The sisters in my community,” then laughed as she added, “and Wawa.”

NEXT: Priest walks in saint’s footsteps in California mission country