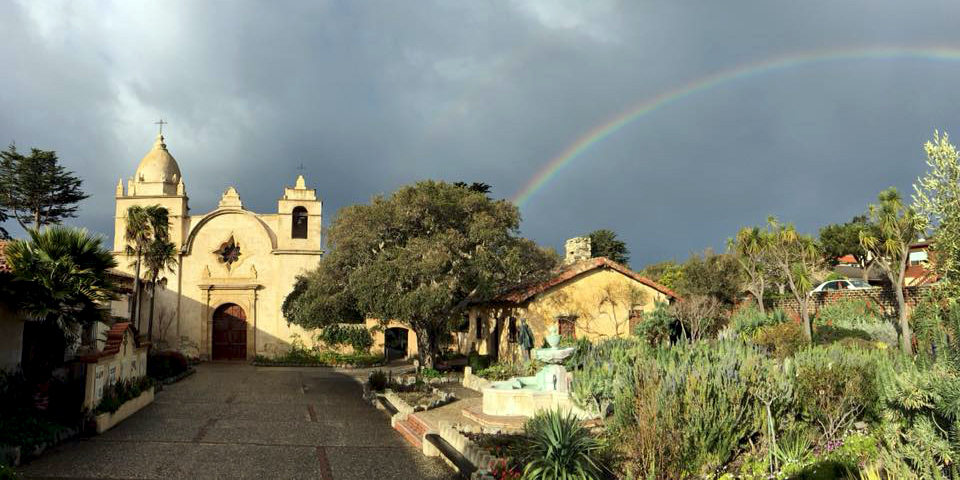 San Carlos Borromeo in Carmel, California was the second mission established by Father Junipero Serra. It was also where Father Matthew Guckin, an archdiocesan priest, stayed while on a recent sabbatical to study the 18th century Franciscan evangelizer.

These of course were the indigenous people of the region, and the missions established for them by Serra and his fellow Franciscans grew to be the cities of Santa Clara, San Diego, San Francisco and Los Angeles, among others.

“He was a man in the line of St. Paul, an evangelizer to the Gentiles,” said Father Matthew Guckin, a Philadelphia priest who recently spent a sabbatical visiting California and following the footsteps of America’s most distinguished Catholic evangelizer. He has written an as-yet unpublished paper on his favorite American saint.

Father Guckin is no stranger to the area. In the 1980s as a lay businessman he often visited California and has been fascinated by Junipero Serra ever since.

During his sabbatical he stayed for four months at San Carlos Borromeo in Carmel, the second mission established by Father Serra.

While Father Guckin traveled around visiting all the historic missions, a major source of information for him was Franciscan Father Ken Lavarone, who resides at Mission San Juan Bautista and was the vice postulator for the sainthood cause of Serra.

As historical background, California was colonized by the Spanish much later than the lands to the south, including Mexico, Central and South America. The Spanish only took interest after the Russian colonization of Alaska. It was really a preemptive act to keep their claim over the area safe. 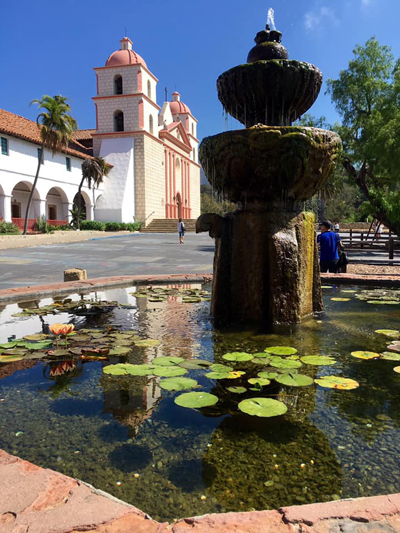 Mission Santa Barbara was another of the Franciscan missions visited by Father Matthew Guckin in California.

Generally speaking the tribes in California were less advanced technologically than the more southern tribes such as the Aztecs and the Mayans, but they were more peaceful people and hunter gatherers.  They did not engage in human sacrifice as did their southern cousins. That practice did not enter the local culture until the 20th century through legal abortion.

While the motive of the Spanish crown was colonization and exploitation, the missionaries who accompanied them were first and foremost evangelizers, according to Father Guckin.

Controversies that have emerged in recent years that depict Serra and his companions as exploiters are unfounded, Father Guckin maintains. What they really did was teach the people such things as modern farming and other skills that might make their lives easier while at the same preaching the good news of the Gospel.

Junipero Serra did not accomplish this all alone. He came as the leader of 15 Franciscans and this number would increase as the missions flourished.

While the Franciscans were not the first evangelizers in California, they were the most successful. During his stay, Father Guckin was mostly based at the Mission in Carmel, living in the same room that was occupied by Pope John Paul II during his visit to California.

Junipero Serra never returned to Spain; he spent the final 15 years of his life in the California missions. While he died at age 70, a long life in that era, much of it was in great pain, caused by the hardships he endured traveling to the missions.

Junipero Serra’s canonization by Pope Francis on Sept. 23, 2015 at the Basilica of the National Shrine of the Immaculate Conception in Washington, D.C. engendered a backlash from the naysayers.

St. Junipero was not a perfect man although there is not one recorded example of him mistreating anyone, Father Guckin wrote.

“His secular and ecclesiastical legacy is powerful and everlasting. Regardless of modern attempts to rewrite history, Junipero Serra is a founding father of the State of California who made great attempts to improve the plight of Indians as well as bring them to Christ and was successful in doing so,” he wrote.

Perhaps most telling was the reply of Andy Galvin, who prefers to be known as an Indian, not a Native American. When asked by Father Guckin why he is devoted to St. Junipero Serra, Galvin replied, “Father Serra loved us.” 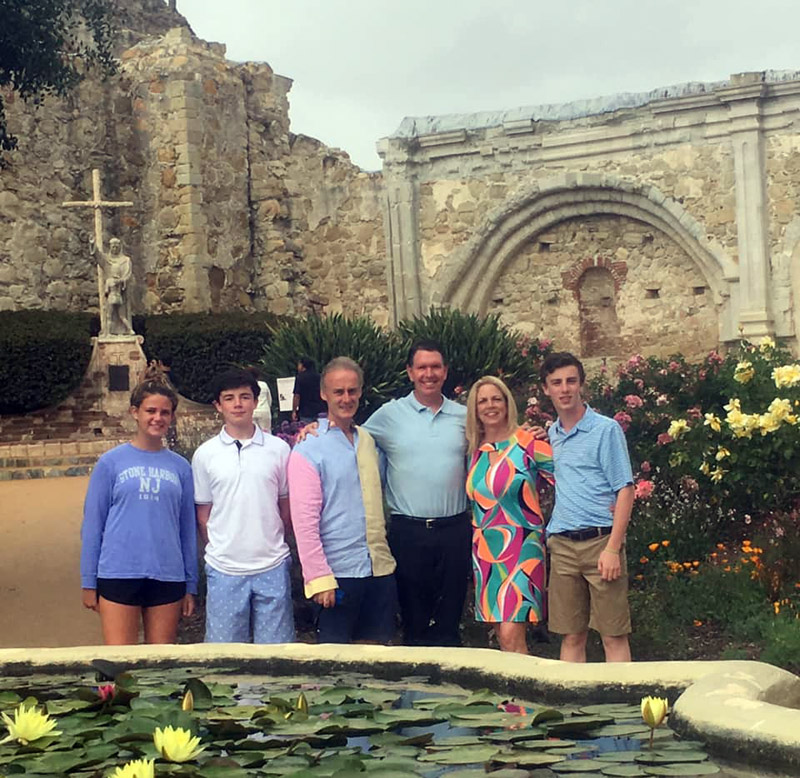 PREVIOUS: When others would look to retire, IHM sister takes on new mission in Peru

NEXT: Coronation fit for the queen of heaven at Doylestown shrine