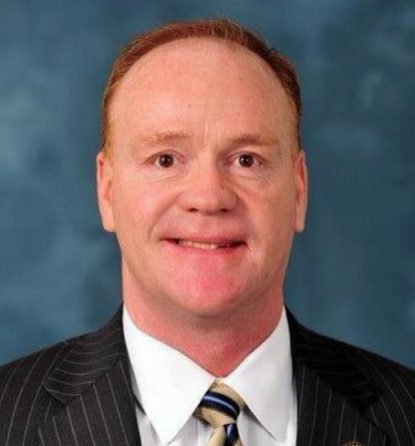 Founded in 1980 with William Fishman as chairman, BLOCS has been raising many millions of dollars over the years primarily to support Catholic elementary and secondary schools, mostly through student scholarships.

In recent years a large part of the funding has been through state-based Educational Improvement Tax Credit (EITC) scholarships that give businesses Pennsylvania tax credits to offset up to 90 percent of their donations to the scholarship program. Funds also come through a BLOCS endowment and direct donations.

Rowan, 58, comes to BLOCS after a career on the business side of various professional sports organizations. But there is something prophetic in his parish of birth: St. John the Baptist de La Salle in Reading was named after the founder of the De La Salle Christian Brothers, a congregation with a special mission of youth education.

After his education in his parish school and Holy Name High School in Reading, Rowan entered Penn State University where he received his degree in education.

As with many college graduates, fate took him on an entirely different career arc — the sports and entertainment field. An active baseball player both in high school and college, after he earned his degree Rowan joined the staff of the Reading Phillies. It was a fortuitous time. Because of a major league strike that year (1994) average attendance at a game went from 1,500 to 5,000, he recalls.

Since then he has been director of corporate sales for the Jacksonville Jaguars, general sales manager for CBS Sports Group and notably the vice president for corporate sales and service for the Philadelphia Eagles, where he closed the deal for the naming rights for Lincoln Financial Field and the NovaCare Practice Center.

More recently he has been executive vice president and chief revenue officer for the Philadelphia Union and until now, chief operating officer for the National Lacrosse League.

In his personal life Dave Rowan is married to his wife Celeste who grew up in St. Katharine of Siena Parish in Philadelphia’s Torresdale section, and attended that school and Archbishop Ryan High School.

The parents of four children, Courtney, Drew, Maggie and Kylie and four grandchildren, the Rowans are members of St. Joan of Arc Parish in Marlton, New Jersey, where they have lived for the past 22 years.

Although he had a successful and satisfying career, when he heard of the opening at BLOCS, he applied really as a way to give back.

“I like to come in and help. I enjoy making things better and this is a great way for me as a devout Catholic to end my career,” he said.

“BLOCS is thrilled to have Dave on board, to apply his unmatched business acumen to such a worthy cause,” said Matt Topley, Chairman of the Board at BLOCS. “We are excited to see the tremendous impact that someone of his caliber  and with his experience will have on the organization and in the community.”

For his part, Dave Rowan sees this as an opportunity to make a wonderful organization even better.

NEXT: Author, teacher tells how to hang out with women of Bible