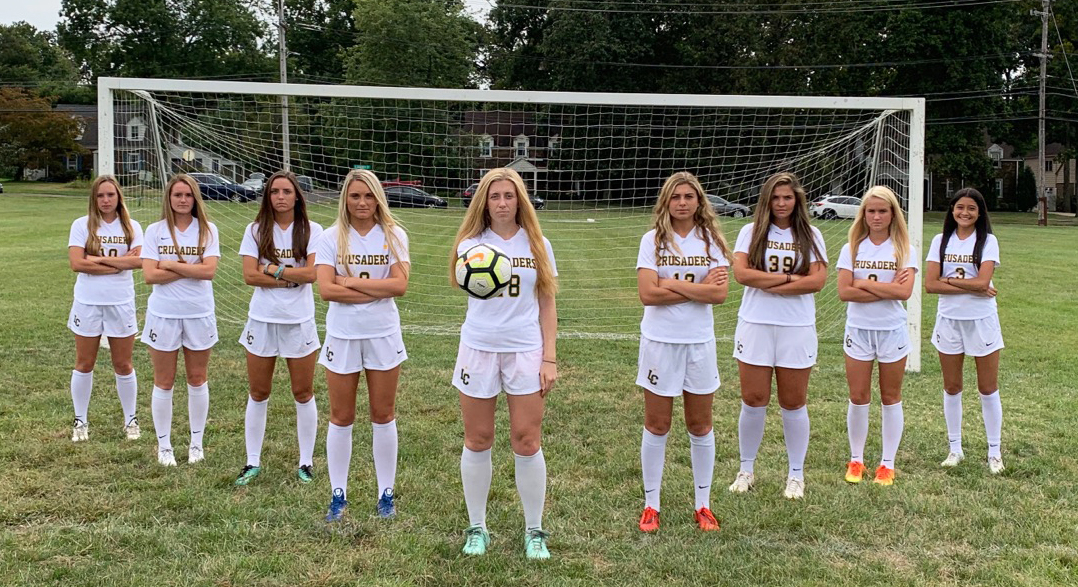 The reputation of Lansdale Catholic girls’ soccer being considered as “just one of the contenders” changed drastically last fall.

When the Crusaders stunned top-seed and defending champion Archbishop Ryan in sudden-death overtime, 1-0, and gleefully bounded off Northeast High School’s turf as Catholic League champions for the first time in school history on Oct. 28, they immediately became the team to beat for every other squad this year.

Even though numerous talented contributors graduated from that heralded team, it doesn’t matter. LC is the defending champ, and even though as many as four freshmen comprise its starting 11, every opponent will consider a victory over the Crusaders a major accomplishment.

“Defending the championship definitely adds a level of pressure to want to get back and do it again,” said Lansdale Catholic coach Bree Benedict. “It also makes everyone want to beat us that little bit more.

“Our non-conference schedule definitely knew about our championship and didn’t take it easy on us. Teams are hitting us a little more physically than we are used to, so our training is really focused on winning tough 50-50 balls.”

The Crusaders went 0-2-1 during the preseason, dropping contests to toughies Pennridge and North Penn. They tied Penn Charter, 1-1, avenging a lopsided defeat last year. The Crusaders’ rugged schedule prepares them for their main competitive purpose of monopolizing the Catholic League, where programs such as Archbishop Ryan, Archbishop Wood, Little Flower and Cardinal O’Hara pose as particularly formidable opposition.

“She has come in this year and made breakaway saves, point-blank shot stops, and comes off her line on corners,” said Benedict. “She is making game-saving saves that’s motivating the girls to want to put the ball in the net and protect her.”

The triumph over Cardinal O’Hara necessitated Gillen scoring her fifth goal in the past three games (including non-league). Freshman teammate Megan Steinbach added an insurance tally. Benedict pointed to Gillen’s overall maturity as a major factor in her offensive ability.

“Kellie is really taking the scoring role this year and is creating the chances herself,” said Benedict. “She’s really grown up and taken charge of a young attack and set the expectations.”

In the meantime, Benedict urges this new edition of Crusaders to forget about last year and create their own identity.

“There’s definitely a struggle at times to get the girls to remember the work they did early last year that got them to the final,” said Benedict. “We are fortunate this year to have a lot of freshmen with fresh energy that are ready to grind so they can get there for the first time.”

Gillen has completely bought into the “today, not yesterday” philosophy.

“We are so excited for this season and equally focused because our coach has us dialed in one game at a time,” said Gillen. “It’s important for us to keep last year in the past. It’s a new year with a whole new set of personal and team goals.

“We’re a very focused team with great talent from freshmen up through our seniors. We’re enjoying the challenge of the pressure that is on us every game.” 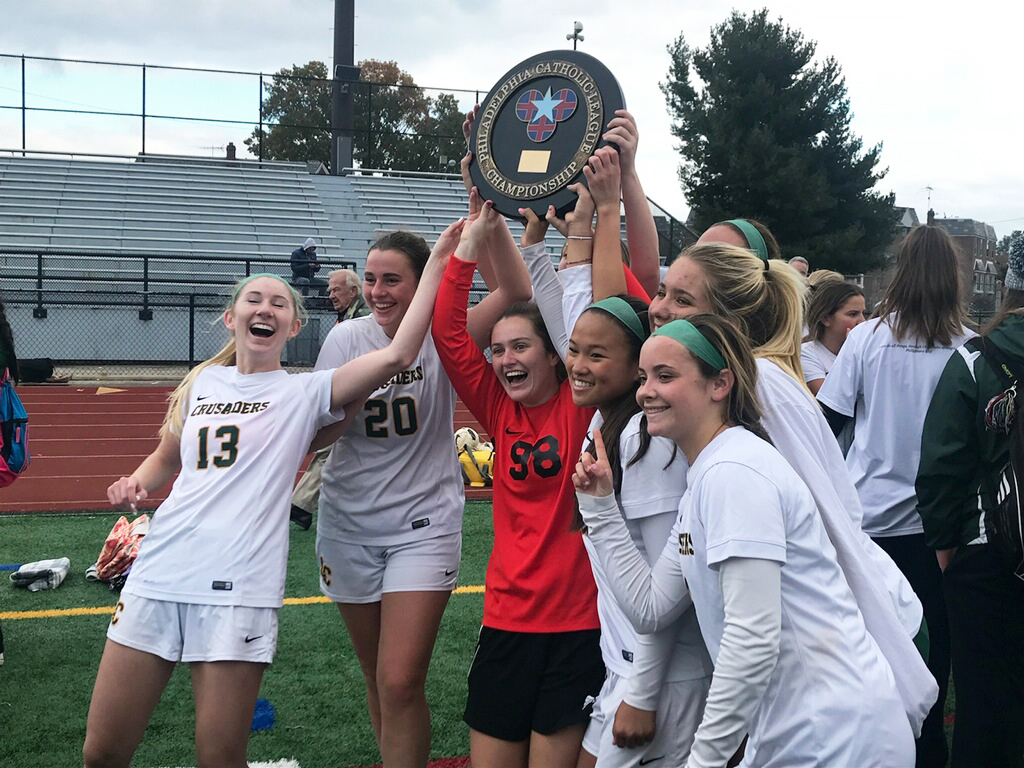 Lansdale Catholic is hoping for a season this year similar to last year’s, which ended in the Lady Crusaders hoisting the Catholic League championship plaque. (Photo by John Knebels)

NEXT: Catholic League standings in 6 sports