Agency works to end hunger, one jar at a time 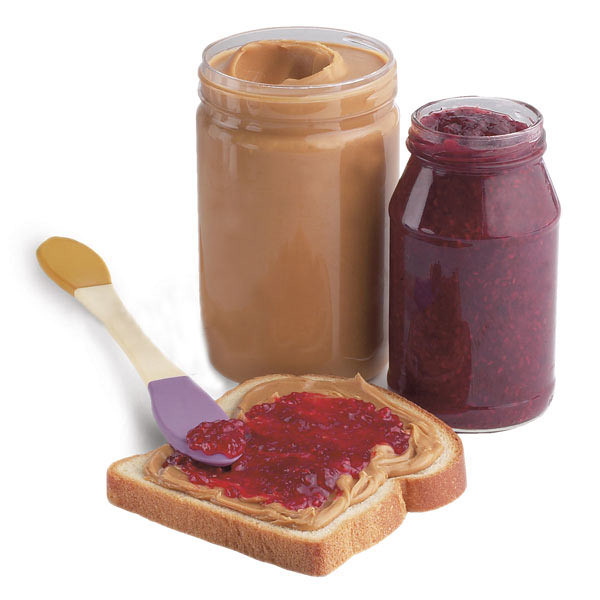 A few kitchen staples are at the center of a month-long effort to fill area food pantries.

Jars of peanut butter and jelly are being collected during the month of October by the Archdiocese of Philadelphia’s Nutritional Development Services (NDS).

Over the past 45 years, NDS has served hundreds of thousands of children and adults through its Community Food Program — a beneficiary of the Catholic Charities Appeal — and through the federally funded child nutrition programs it administers.

The annual peanut butter and jelly drive helps to stock the shelves of 40 to 50 food cupboards located throughout the five-county metropolitan area.

Peanut butter in particular plays a key role in global efforts to combat hunger, given its nutritional content and shelf life. A jar of the spread, which contains about 7 to 8 grams of protein per two-tablespoon serving, can be stored unopened from six to nine months, and lasts equally long after being opened and refrigerated.

When fortified with vitamins and powdered milk, peanut butter serves as a “ready to use therapeutic food” (RUTF) for children suffering from severe acute malnutrition (SAM), which affects an estimated 16 million children under the age of five throughout the world. Packets of RUTF paste are used in six- to eight-week treatment plans that have proven effective in arresting and reversing the effects of SAM.

In Pennsylvania, nearly 1.5 million people face food insecurity, or a lack of consistent access to sufficient food for an active, healthy lifestyle. Both peanut butter and jelly help to “ensure a hearty option for individuals and families,” said Brooke Mullen, assistant director of community relations for NDS.

“People who come into our pantries are looking for a food that can last for a few meals, and especially if they have kids, one that can deliver some extra protein, nutrients and calories,” said Mullen. “Peanut butter and jelly are definitely a go-to food.”

The combination appeals to diners of all ages, including the “families, individuals, kids and elderly veterans” who benefit from NDS’s outreach, Mullen said.

NDS anticipates collecting 50,000 pounds of peanut butter and jelly by Oct. 31 through both on-site and online donations.

Parishes, schools and other organizations can notify NDS when their collections of peanut butter and jelly are ready for pickup. Those wishing to donate online can do so through You Give Goods at https://yougivegoods.com/pbjdrive.

PREVIOUS: Parish finds its own identity helping others gain theirs