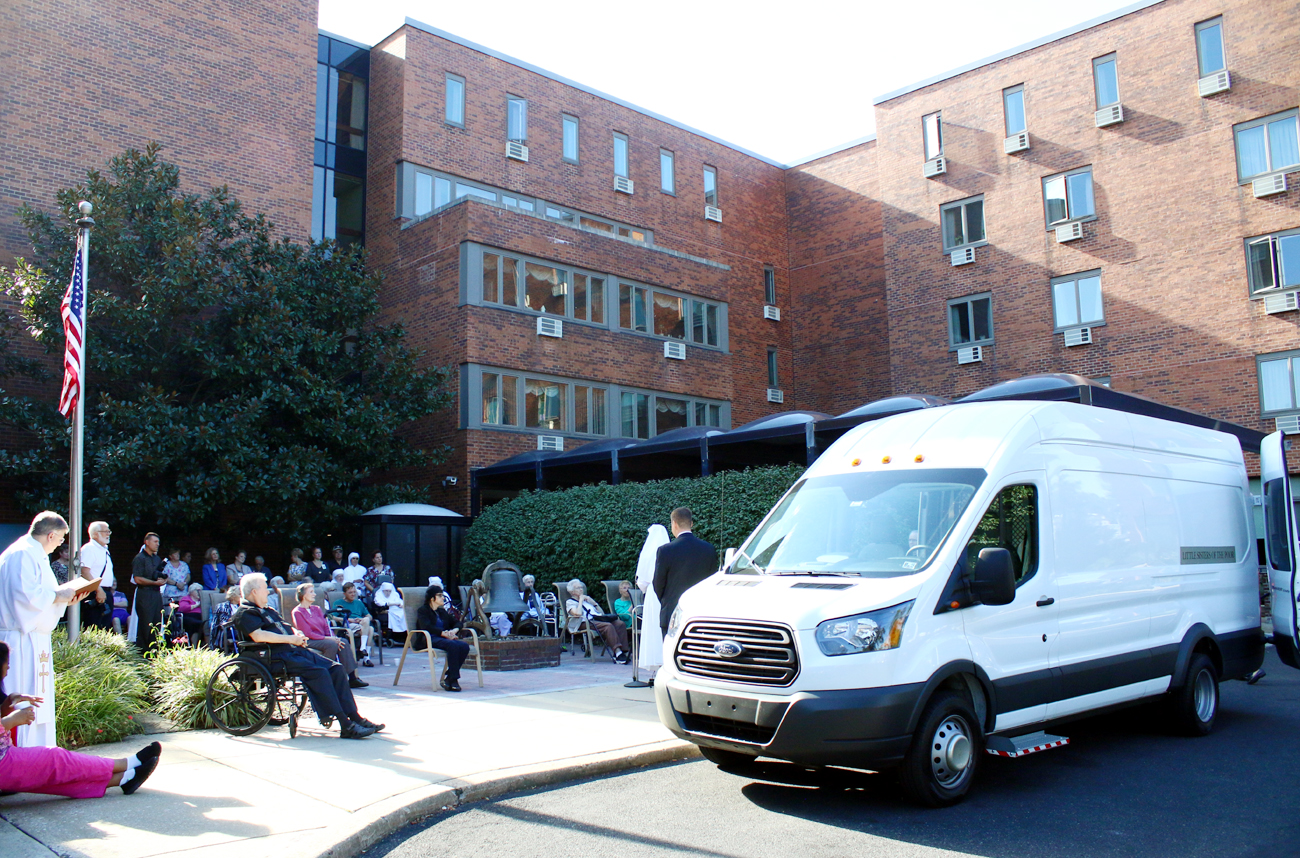 Holy Family Home, seen here during the blessing of a new van for obtaining donations in 2017, announced a capital campaign to build a new home for elderly residents on the same location in Southwest Philadelphia. (CatholicPhilly.com file photo by Sarah Webb)

In an age when so many charitable institutions that served generations of those with needs have been quietly shutting down, one local Catholic institution is not only staying put, it is building anew.

Holy Family Home, a ministry of the Little Sisters of the Poor at 5300 Chester Avenue in Philadelphia, is initiating a capital campaign to replace its existing building, which opened in 1973, with a brand new home on the same property that reflects the standards of today.

The Little Sisters of the Poor, who have been part of Philadelphia for 150 years, intend to remain for many years to come.

And it’s not just Philadelphia. “As part of a strategic plan aimed at strengthening our ministry and the quality of our religious and community life, we Little Sisters have recognized the need to dedicate our resources to much-needed upgrade and reconstruction projects in a number of our Homes,” said Mother Alice Marie Jones, l.s.p., the superior provincial for the Little Sisters’ Brooklyn Province, which includes Philadelphia.

“The newly constructed Holy Family Home will provide the elderly the same compassionate care to which we have been dedicated since our founding in France in 1839.”

The sisters today serve in 172 homes in more than 30 countries.

In Philadelphia in past generations before Social Security, Medicare and Medicaid, deep poverty among the elderly was more prevalent. The Little Sisters at one time conducted four homes in Philadelphia with a total population of about 600.

But there are still frail elderly with needs who can fall through the cracks, as the present population of 92 residents at Holy Family Home attests.

(Watch a video of Holy Family Home, below:)

The rebuilding project will be financed through a fundraising campaign seeking support from people throughout the city of Philadelphia and the surrounding communities, according to Mother Catherine Frain, the superior and administrator at Holy Family Home.

“The people of Philadelphia have continuously supported our work here since 1869,” she said. “Trusting in Divine Providence, we are confident that through the generosity of benefactors and friends, we will be able to bring the project to completion and provide a home for our residents for many decades to come.” 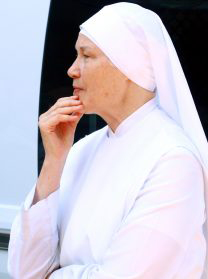 Sister Veronica Susan, l.s.p., Holy Family Home’s development coordinator, will be working with the Catholic Foundation of Greater Philadelphia to raise the estimated $35 million to $45 million needed for the reconstruction of the home for seniors.

At this point the sisters have engaged the senior living design firm of SFCS as architects for the building plans and Corna Kokosing Construction Company as construction manager.

The actual construction will be done in phases so as not to displace residents as the work progresses.

The total cost of the project will be between $35 million and $45 million, estimates Sister Veronica Susan, Holy Family’s development coordinator, or as she puts it, “chief beggar.”

Her ordinary duties take her to parishes and other groups to give fund raising talks, regularly contacting donors and visiting food suppliers and other sources for donations.

Over the years Holy Family Home and the other works of the Little Sisters of the Poor have remained true charities, relying on donations from people of good will rather than agencies dependent on government funding.

This project is a bit beyond their usual needs, so they will be working with the Catholic Foundation of Greater Philadelphia and Msgr. Francis Beach who has long experience in fundraising, among others, according to Sister Veronica.

“We are truly excited and looking forward to working with Msgr. Beach and Sarah Hanley at the Catholic Foundation in a capital campaign to obtain the funds through our donors and beyond,” Sister Veronica said.

For more information, visit the website of Holy Family Home.