Neumann U receives $1.4 million bequest from husband of late professor 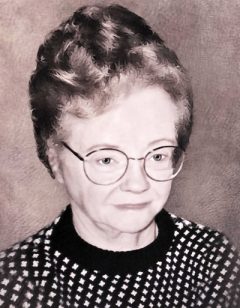 The husband of Janet Farahmand, pictured in an undated photo, has bequeathed their entire $1.4 million estate to Neumann University, where she was a longtime nursing professor.

When Janet Farahmand taught Neumann University nursing students from 1990-2003, she often met with them and faculty colleagues in the library, one of her favorite campus locations.

Thanks to a $1.4 million bequest from Ahmad (Alex) Farahmand, her husband, the entryway to the university library will soon bear their name: The Ahmad and Janet Farahmand Memorial Atrium.

Of the bequest, $1 million will support library operations during the next three years, and approximately $200,000 will be designated for each scholarship.

The Farahmand and Hatter Family Memorial Scholarship will support an incoming freshman who is interested in the undergraduate nursing program. Criteria include financial need, high school GPA and teacher recommendations.

The scholarship will continue for four years, contingent upon continued enrollment in the nursing program.

The Dr. Janet M. Farahmand Memorial Scholarship will be designated for a student in a graduate nursing program at Neumann University.

A native of Hershey, Pa., Janet Farahmand earned a BS in nursing from Villanova University and an MS in nursing and doctorate in education from the University of Pennsylvania.

She held several administrative positions at the Hospital of the University of Pennsylvania (HUP) before joining the faculties at HUP, Widener University and Neumann University as a medical/surgical nursing educator. She and her husband settled in Glen Mills, Delaware County.

After her death in April 2008, her husband became a close friend of Neumann University, visiting often and recalling his wife’s impact on nursing students. As reported in the summer 2008 issue of the university’s alumni magazine, she was committed to students’ “growth, their professionalism, and their dedication to excellence in patient care.”

Ahmad Farahmand was an engineer who spent his career working for the federal government, including a role as a lead engineer on the Limerick nuclear power plant.

Neumann is the sole beneficiary of the Farahmand estate.

Nursing remains the most popular major at Neumann, accounting for approximately 27% of all first-time students in fall 2019. In the 2018-19 academic year, 93.75% of Neumann nursing graduates passed the Pennsylvania examination for nursing licensure.

NEXT: Blue Ribbon schools stand out with strong academics, innovations