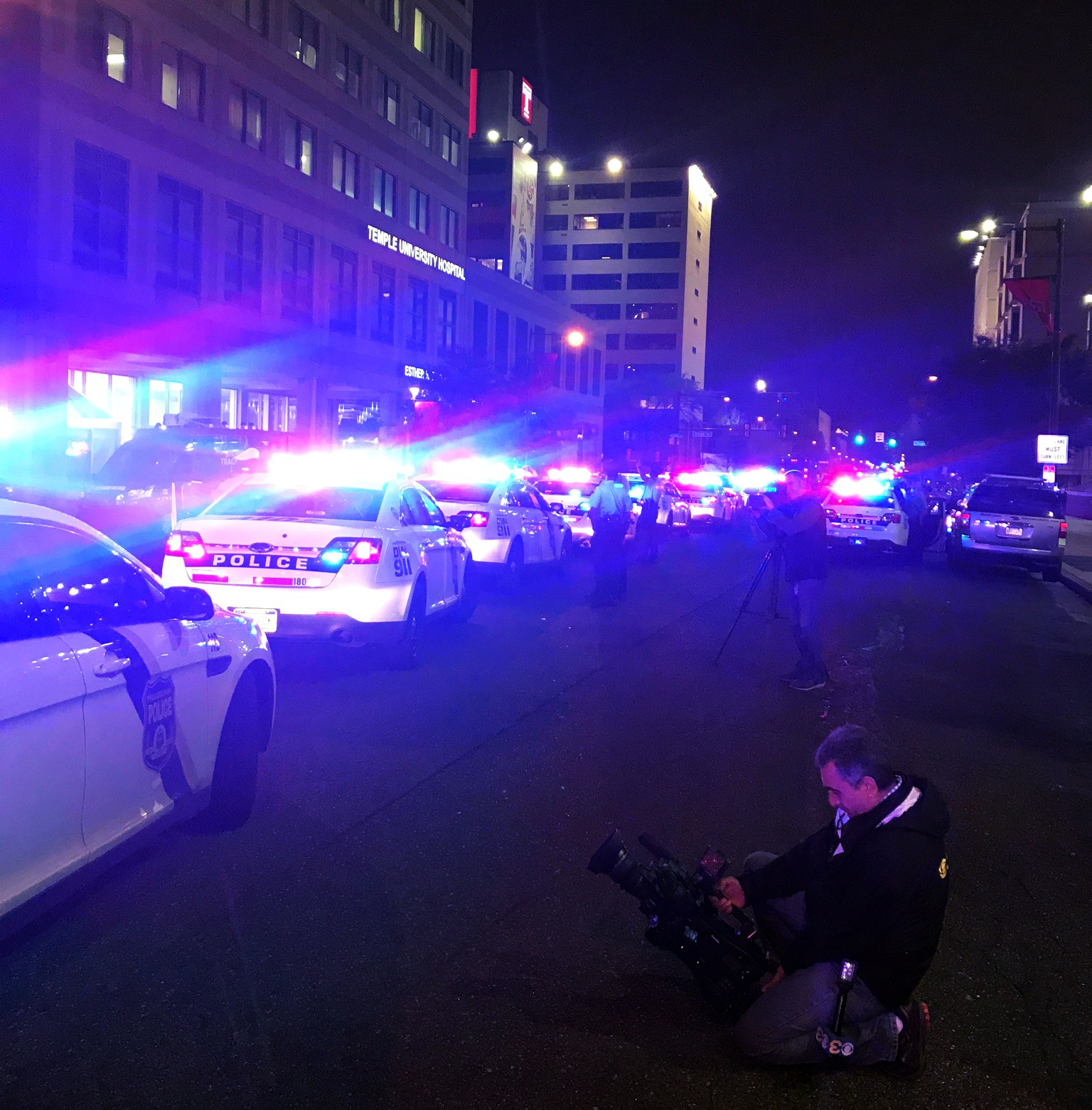 A television camera operator captures scenes from a “Good Night Lights” rally in front of Shriners Hospital for Children in Philadelphia, Oct. 9. The local version of the national event was organized by Oblate Father Steven Wetzel as part of his ministry to Philadelphia area law enforcement members. (Photo courtesy of Father Steven Wetzel.)

Dozens of Philadelphia police cars sped down Broad Street on Wednesday evening — but rather than pursuing suspects, they were seeking smiles from kids.

Patients at Shriners Hospital for Children were treated to a light show from flashing police cars. From their rooms, they waved back to the officers with flashlights of their own.

The Oct. 9 event was the second annual local “Good Night Lights” gathering organized by Oblate Father Steven Wetzel, who serves as chaplain of the Michael the Archangel Ministry Program at the Fraternal Order of Police (FOP) Lodge 5.

The “Good Night Lights” concept originated in Providence, Rhode Island, where a Hasbro Children’s Hospital employee began flickering his bicycle light to a patient after work. Staff, area businesses and law enforcement quickly joined in, and the movement has spread to other U.S. cities.

For Father Wetzel, the gathering was a natural extension of his ongoing ministry. Named for the patron of police officers, the outreach — which Father Wetzel describes as “multidenominational, rather than nondenominational” — provides pastoral care, crisis ministry and spiritual enrichment opportunities.

As part of his ministry, Father Wetzel regularly accompanies officers during “last out,” or the overnight shift. Given the patients’ smiles, Wednesday’s ride was a welcome change of pace for officers both on and off duty.

NEXT: School lunch program is nutritious, delicious — and blessed