‘Requiem’ at cathedral not just a concert, but a Mass 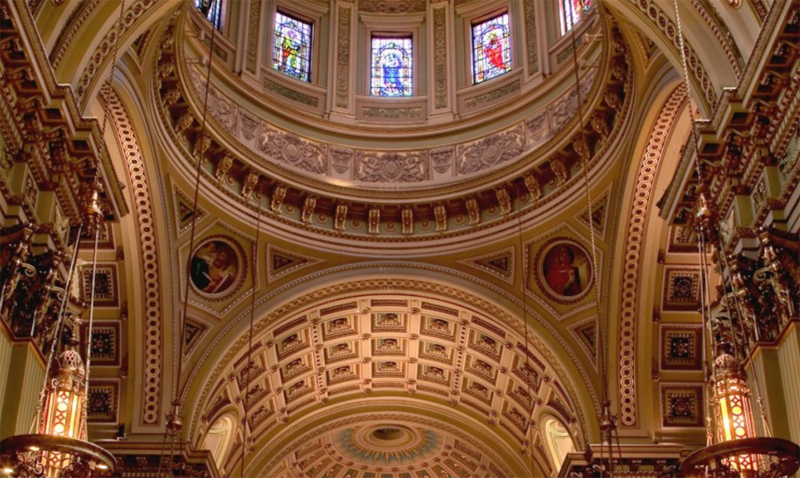 The interior of the Cathedral Basilica of SS. Peter and Paul, Philadelphia (Sarah Webb)

The music of renowned 20th century French composer Maurice Duruflé will resound through the acoustically accommodating Cathedral Basilica of SS. Peter and Paul on Saturday, Nov. 2 at 2:30 p.m.

His “Requiem Mass” for chorus and chamber orchestra will not be a concert performance but the setting for a Sunday Mass in the ordinary form. As such, it is free and open to the public. Father Dennis Gill, rector of the cathedral, will be the main celebrant for the Mass.

The Archdiocesan Choir and Cathedral Choir, under the direction of Charlene Angelini, will perform the music featuring soloists Sierra Fox (mezzo-soprano), Karl Hein (baritone) and Jeff Chapman (baritone), organist Mark Loria and a chamber orchestra of local musicians assembled just for this liturgy.

Duruflé (1902-1986) was a composer, organist, master of Gregorian chant and devout Catholic who was commissioned by the Vichy regime during wartime France to compose the “Requiem Mass.” After the regime collapsed in 1945 he continued working on the piece until it was published in 1948.

According to the archdiocesan Office for Divine Worship, the setting for the Nov. 2 Mass will be in Latin for solo voice, mixed choir and orchestra with organ. Unlike many of the other notable Requiem Masses (such as those by Fauré and Mozart) the melodic material for the nine movements of Duruflé’s work comes directly from the Gregorian chants found in the Missa Pro Defunctis (Mass for the Dead).

While these chants form the foundation of the composition, Duruflé adds orchestral color and rich harmonics that give expression to his deep Catholic faith.

Everyone attending the Mass Nov. 2 is invited to pray for the repose of the souls of the faithful departed.

The cathedral is located at 18th Street and Benjamin Franklin Parkway in Philadelphia.

NEXT: Union with God ‘all I ever wanted,’ new St. Joseph sister says