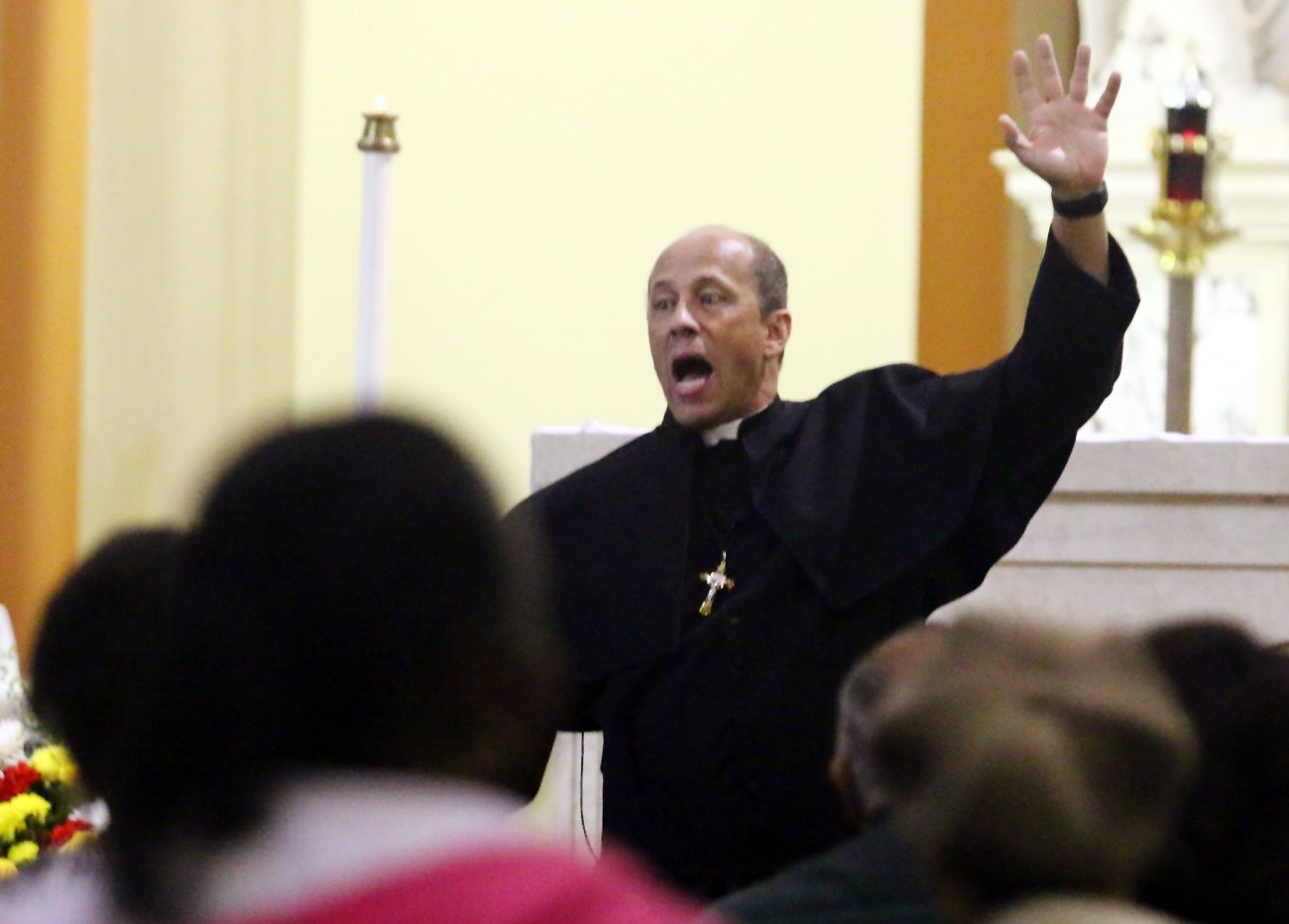 When one enters St. Cyprian Church on Cobbs Creek Parkway in West Philadelphia, the large size and charm of the 95-year-old structure immediately make a striking impression. While the church works wonders for visitors’ eyes, it also warms hearts.

That was the case for the approximately 400 individuals who attended St. Cyprian Parish’s revival Sunday through Tuesday, Oct. 20-22. The camaraderie and the captivating preaching of Father R. Tony Ricard left a long-felt blessing, according to participants.

“This church family loves to provide encouragement as we take our faith journeys,” parishioner and organizer Carolyn Carter said of the revival. “If one person leaves here feeling rejuvenated and ready to live the Word even more resolutely, I’ll feel everything has been a success.”

The voices raised during musical selections including Monday’s pre-sermon hymn, “In All the Earth,” and the laugh-filled exchanges between Father Ricard and the people were an indication that every participant walked out of St. Cyprian with a renewed mission.

It also introduced the faithful to Father Ricard, a New Orleans native and pastor of the city’s St. Gabriel the Archangel Parish, who is highly regarded for his devotion, prolific writing and humorous personality. The priest became familiar with St. Cyprian Parish two years ago through a Mass for youth.

At this week’s revival, he told the parishioners and guests that their sacrifices for Christ are cornerstones of their vocations as Catholics. 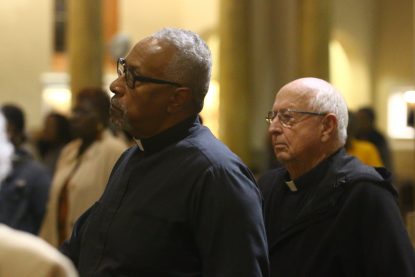 “We have to be accountable for so much as believers,” Father Ricard told the faithful on Monday night. “We need to be strong for ourselves and also for others, and when we have that second part down, we see that forgiveness goes a long way toward making us better disciples.”

In structuring the revival, Carter and Msgr. Federico Britto, St. Cyprian’s pastor, gave each night a focus. Sunday’s was a consideration of our shared walk to wisdom and Tuesday’s was on healing.

For Monday, the themes of forgiveness and seeking renewal guided the discussion, with the Parable of the Prodigal Son serving as the chief material for Father Ricard.

“Based on its name, we learn we’re to center on the child who had gone wrong in life before realizing his mistakes,” said the priest, who is also a professor at Xavier University in Louisiana and who has preached in nearly two dozen countries. “However, what if we focused on the father and made ‘The Loving Father’ the title?”

With that suggestion, and having received a receptive reaction from the people, Father Ricard explained that while it is good to recognize one’s own faults, one can also gain a great deal of spiritual maturity by teaching others the art of forgiveness.

The Bible offers numerous examples of life-affirming mercy, and 2,000 years after Christ’s resurrection, his message should take on greater meaning each day because of the many missteps people make, Father Ricard suggested.

“We are fortunate to have such a strong community of parishioners who know that we should look to better ourselves each day in the eyes of God,” said Msgr. Britto, in his 19th year leading the nearly 1,000 families of St. Cyprian. “The whole idea of a revival is the deepening of faith, and bringing about that change isn’t always easy with all that we see and hear around us. It’s always the goal, then, to press on.”

The congregation vowed to do just that, not only as individual disciples of Christ but together in the church. As Father Ricard’s preaching made clear, everyone benefits when they trust in God, together.

“I know, for one, that I could not make it without my church family,” Carter said in acknowledging that call to connect with one another. “This revival just strengthened my feelings.” 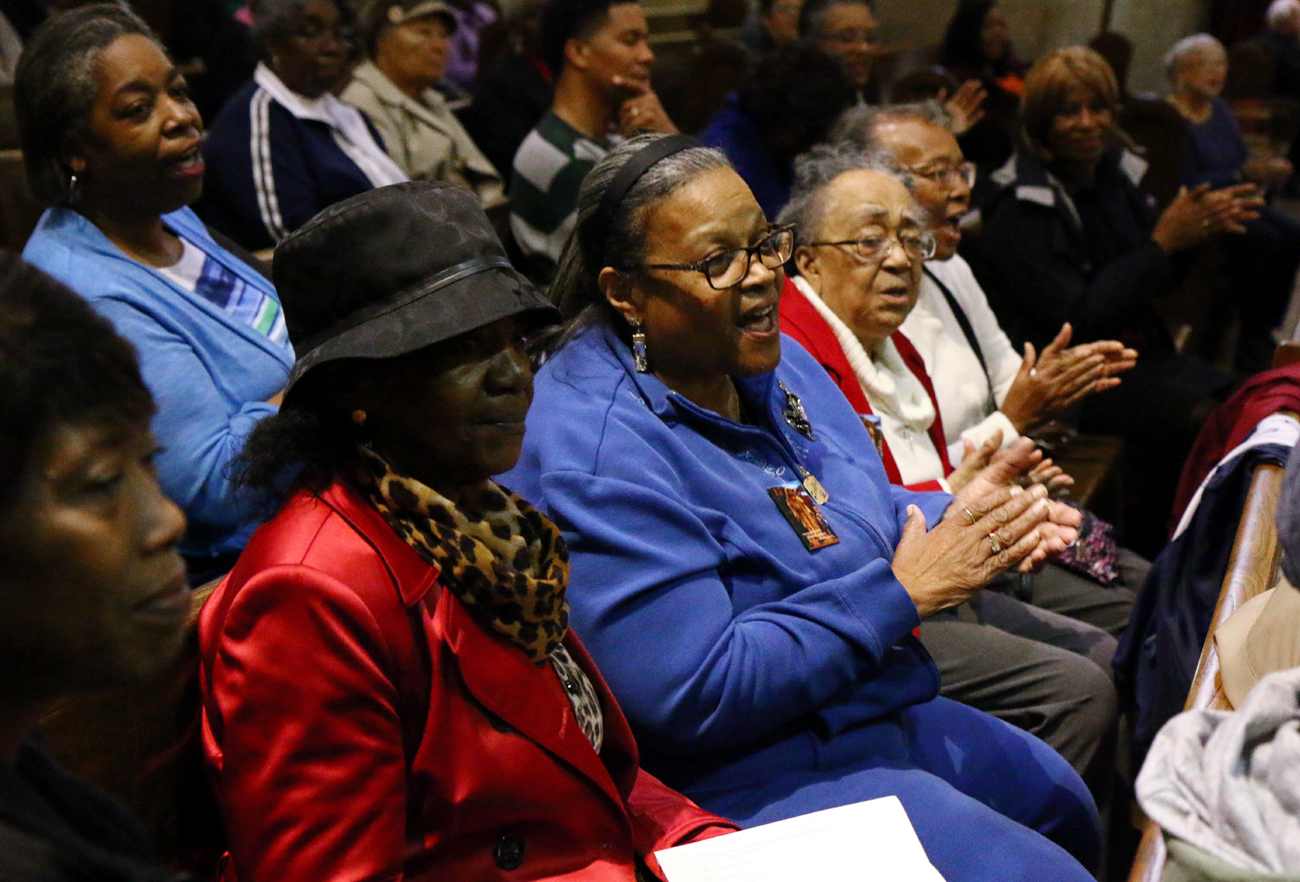