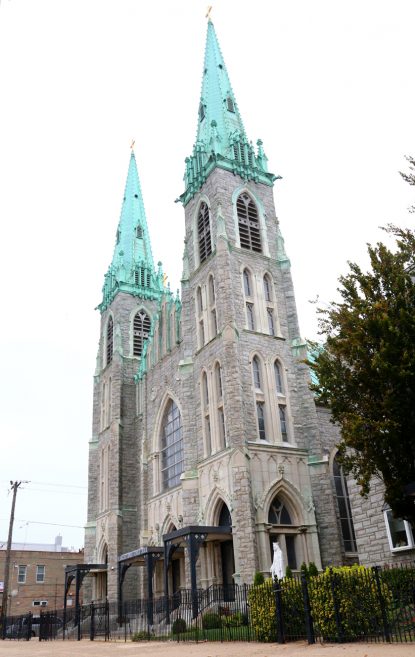 It is the first parish in the Philadelphia Archdiocese to be named in honor of John Paul II, one of the most popular modern popes. Fittingly, Oct. 22 is the feast of St. John Paul II and the parish completed a novena to their new patron saint that evening.

The reasons for the change of the parish’s name are complicated. In May of this year three parishes in Port Richmond — St. Adalbert, an ethnic Polish parish; St. George, an ethnic Lithuanian parish and Mother of Divine Grace, an ethnic Italian parish — merged into a fourth, Nativity B.V.M., the territorial parish for that area. Our Lady Help of Christians, a former German ethnic parish, had already merged into Nativity in 2016.

These mergers made sense in that they combined five churches literally within blocks of each other and at this time with diminished congregations that were mostly English-speaking.

The continued use of the name Nativity B.V.M. was not popular with a number of the parishioners. A number of suggestions emerged for a new name, including Mary Mother of the Church, because three of the former parishes had Marian names.

But a number of people independently suggested it be named for St. John Paul II, according to Father James Olson, the pastor of the newly combined parish. No other parish in the archdiocese has that name.

He also favored that name, and he believes it is appropriate because Pope John Paul II had a special connection to the parish. In 1976, when he was still Cardinal Karol Wojtyla, he stayed at St. Adalbert for two weeks during the 41st International Eucharistic Congress, and he conducted a well-remembered Poor Man’s Supper there.

Almost a decade earlier than that, in 1967 Cardinal Wojtyla was created a cardinal at the same consistory as Philadelphia’s Cardinal John Krol, and the two struck up a lasting friendship.

Cardinal Krol, Philadelphia’s first Polish-American archbishop, is generally credited as being one of the three key cardinals who shepherded the election of Cardinal Wojtyla as pope in 1978.

The role that Cardinal Krol later played as a go-between with Pope John Paul and President Ronald Reagan during the critical days leading to the fall of communism in Poland has never been fully told.

As for the naming of this new parish, the question remained: Should it be named for Our Lady or for St. John Paul II? 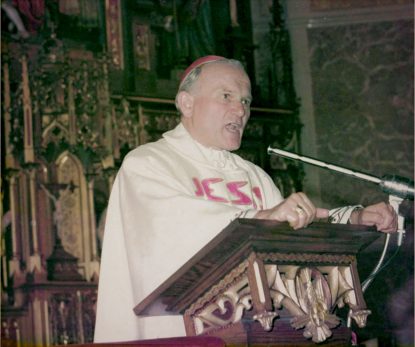 Cardinal Karol Wojtyla, the future pope and St. John Paul II, preaches at St. Adalbert Church during his visit there in 1976.

Esteban Alegre, a former member of Mother of Divine Grace Parish, first thought it should be named for both, but that might not have been acceptable to the archdiocese.

There was something to that logic, so it was agreed by the parish pastoral council that the new name would be St. John Paul II.

Theresa Romanowski, a member of the former St. Adalbert Parish, said, “I love the name, I wanted that all along. I remember when he was in our church for the Poor Man’s Supper. He is a universal saint for everyone. I truly think that was the best choice.”

All of Port Richmond’s parishioners, from wherever they’ve come, hope the new St. John Paul II Parish continues to serve the people of the area for many years to come. 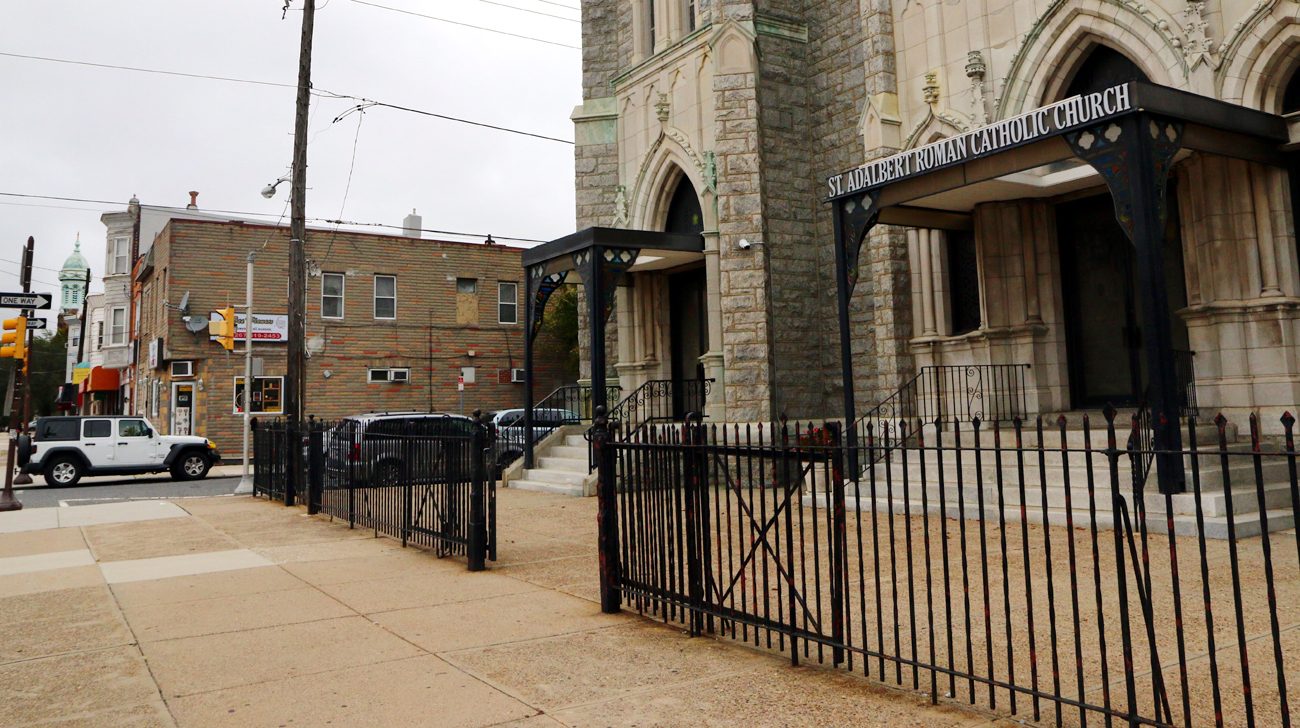 Many of the parishioners of St. John Paul II Parish can walk to St. Adalbert Church on Allegheny Avenue in Port Richmond, Philadelphia. One of the spires of Nativity B.V.M. Church, located only blocks away, is visible in the background at left. (Sarah Webb)

NEXT: True to its name, parish revival deepens faith at St. Cyprian’s