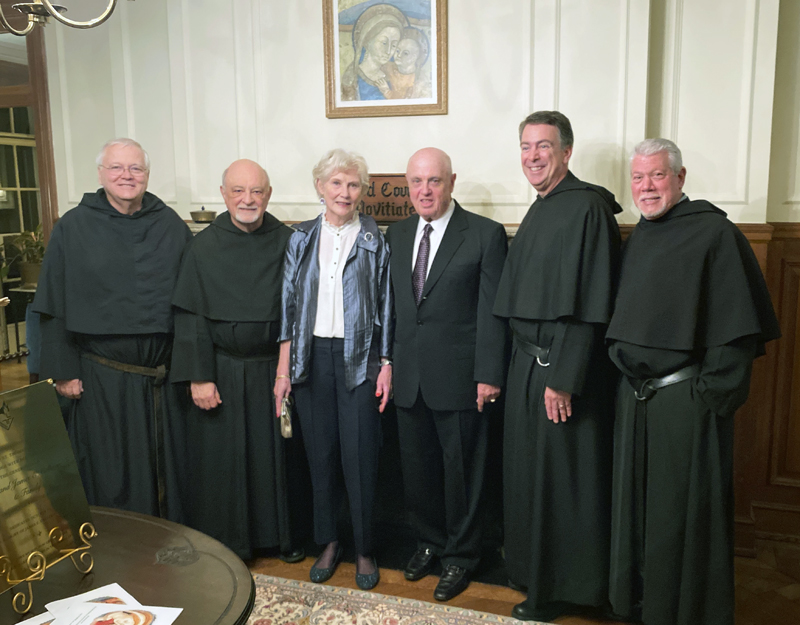 Provincials of the three Augustinian provinces in the United States came together Oct. 29 to dedicate a new novitiate building in Radnor for the preparation and initial formation of novices for their order.

Previously, the Augustinians conducted a novitiate in Racine, Wisconsin which was distant from other Augustinian missions. In contrast the new novitiate is minutes away from Augustinian-conducted Villanova University, and a short drive from parishes run by Augustinian priests — Our Mother of Consolation and St. Augustine in Philadelphia, plus in Our Mother of Good Counsel Bryn Mawr.

The new novitiate, which has been occupied since August, is located in the former residence of James and Mary Colleran, who donated their former family home to the Augustinians for this purpose.

“We could never have imagined the joyous passing of our beautiful home and property to the Augustinians, so filled with wonderful memories for the Colleran family,” James Colleran said. 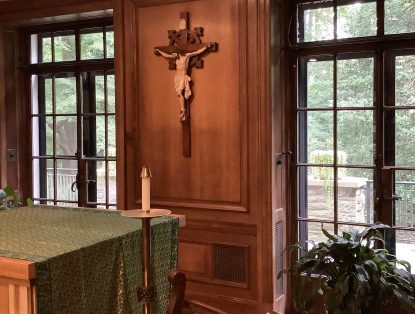 A room in the former family home of James and Mary Colleran has been transformed into a chapel at the Augustinian Novitiate House in Radnor.

“Many things are more valuable than money and the Augustinian Novitiate at 489 Upper Gulph Road certainly is to us,” he said. “We want this to be a very holy place, filled with the Holy Spirit and the Blessed Mother and St. Augustine. More than ever, we are thankful for having gifted our beloved property to the Augustinians. One can question many decisions made in a lifetime, but this will never be one of them.”

The almost three-acre property contains a well-maintained 10,000 square-foot mansion which was built approximately 90 years ago. It was purchased by the Collerans in the 1980s and it was there they raised their family.

There was some community concerns when it was first announced the property would be converted into a residence for clergy and a novitiate.

After assurances that the number of residents would not be large — no more than a total of 10 including three faculty members and students — and among other stipulations, that no more buildings would be erected, the necessary zoning variance was granted.

While the faculty members will be of longer term, the students are expected to stay only for their first year as novices. They will then move on to other houses of formation while they continue their further studies in preparation to be priests or brothers in the order.

“It is with grateful hearts that we thank the Colleran family for this generous gift of their beautiful home where our novices will now study and pray together,” Father DiGregorio said, “discerning their call to the Augustinian way of life.” 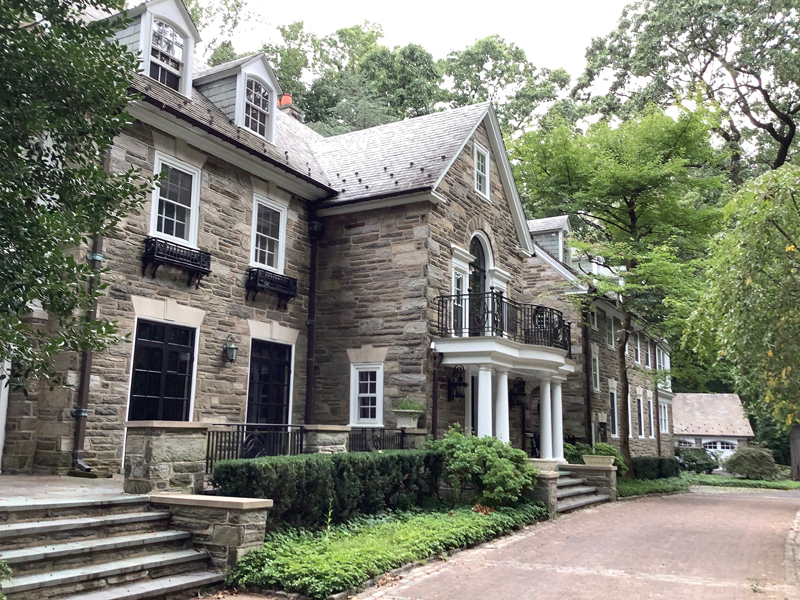 The Augustinian Novitiate House in Radnor accommodates up to seven men beginning their formation with the Augustinian friars, plus three priest faculty.

NEXT: Pope accepts resignation of Ukrainian bishop in Phila.