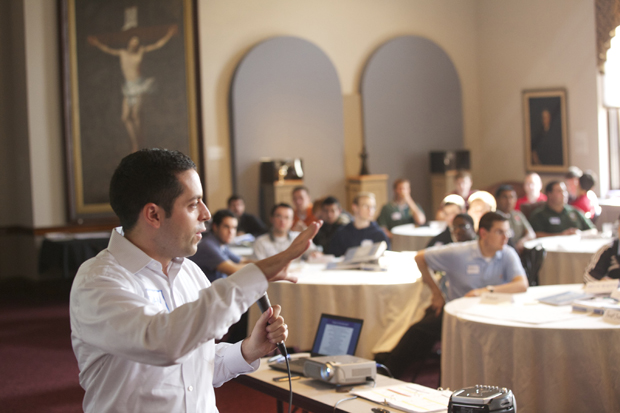 Daniel Cellucci, CEO of the Wayne-based Catholic Leadership Institute, has been appointed to a four-year non-renewable term to the mostly lay National Advisory Council (NAC) of the United Sates Conference of Catholic Bishops (USCCB).

The council meets in four-day sessions twice annually near Baltimore prior to the scheduled USCCB meetings; the fall meeting of bishops is currently underway (read about the meeting here).

Although the NAC includes a small number representing bishops, priests deacons and men and women religious, the core of its members are the 15 lay men and 15 lay women representing the 15 regions of the NCCB — 14 geographic and one for the Eastern churches.

Cellucci has been appointed as the male representative for Region III covering Pennsylvania and New Jersey. He succeeds retired business executive James Delaney, whose four-year term has been completed.  Also completing a term for Region III was Dr. Jessica Murdoch, a professor of theology and religious studies at Villanova University.

The NAC delegates will be provided with timely materials to study issues of concern that are expected to be considered by the bishops at their semi-annual General Assembly, which is held in June and November each year.

Celluci’s first NAC meeting will be held March 5-8, 2020 at the Marriot Hotel near BWI Airport.

This is an unpaid position; the delegates only receive compensation for actual expense incurred with the meeting, including travel, an important item considering delegates may be coming from as far away as California and Hawaii. 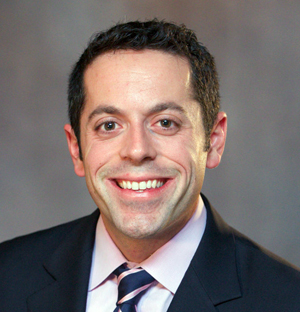 Cellucci is uniquely qualified for the task. As CEO of the Catholic Leadership Institute he heads an organization that conducts leadership training programs for bishops, clergy and laity around the country.

“I’m really excited and humbled by my nomination to this,” he said. “This is really going to be important for me. We already received the packet they send to new members to prepare our minds and hearts for the mission they have given us so that we can put our best foot forward.”

While the supplied material itself is confidential, he is impressed by the depth and scope of it. “They seem to do a good job in structuring this and from what I’ve seen they really do honor the feedback that is given to them,” Cellucci said.

The challenge he sees is for the council to be authentic and courageous in their report and give the bishops the feedback that they are seeking.

Cellucci through his work already knows a few members who have served on the NAC, including Jim Delaney, whom he has replaced and for whom he has great regard.

Because the NAC, which is an outgrowth of the Second Vatican Council, is an advisory committee and does not legislate, it is only as effective as the bishops choose it to be.

Jim Delaney admits he had a healthy skepticism going into his term on the council. Was it really just for show, or would it be taken seriously?

“It really was meaningful,” he said. “First of all there was about 700 pages of written material to digest as preparation. (D)uring most of the four-day session they began work early and finished late; (we) never left the hotel during the four days.

“It is respectful dialogue and it takes good listening skills,” he said. “The people on the committee were very intelligent; we had a couple of canon lawyers. The challenge was, what did the bishops want from the committee and what did we feel the people in the pews wanted them to address?”

Without addressing specifics, Delaney said over the four years the committee members did see changes made, based on the recommendations given by the NAC. 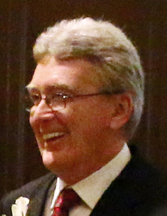 The largest issue over his four years of his service was the clergy abuse crises and the response of the bishops, or the lack thereof to it.

“The committee really does represent the people and the bishops really do listen it,” he said.

Perhaps the most memorable session for him was the one held in September 2018, when the council declined to vote on or report on any of the issues given to them by the USCCB other than the clergy scandal, in particular how it involved bishops.

“We didn’t hold back, we wanted to make them aware how concerned we are on this issue. They cannot ignore things,” Delaney said.

In the report given at the subsequent bishops’ meeting, the NAC spokesman told the assembled bishops, “The depth of anger, pain and disappointment expressed by the NAC members cannot adequately be expressed in words.”

Looking back at his four years of service on the NAC, Delaney said, “The Holy Spirit really is with us there. It was a privilege to serve on it and I am more committed to my faith because of it.”