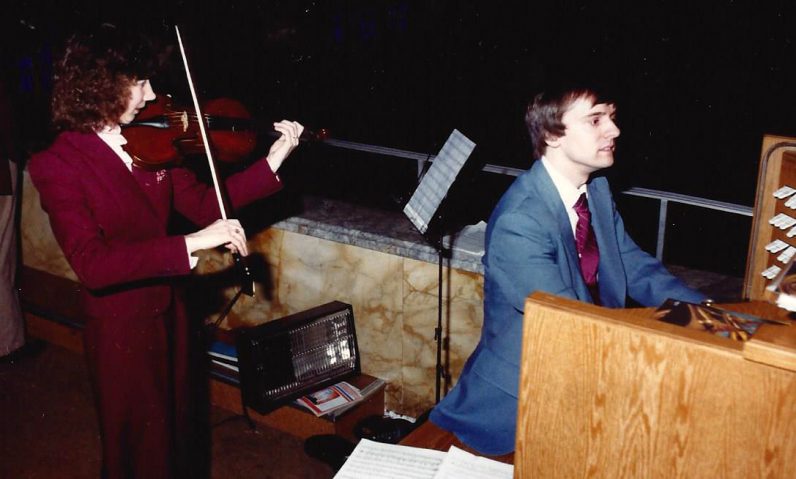 Carol and John Brennan play during a liturgy in the early 1980s at St. Martin of Tours Church in Philadelphia, where they have taught in the school for a half-century.

Fifty years is a long time for any job, but that’s how long Carol Brennan has been teaching music at St. Martin of Tours School in Philadelphia. Her husband John is no slacker either — he’s been there for 48 years.

When Carol joined the faculty the school was near its peak — about 2,700 elementary school students, with mostly Irish American kids whose families lived in the parish. By contrast today St. Martin is an Independence Mission School with a multicultural student body of about 500, but there is still room for music.

Actually Carol has been associated with St. Martin’s longer than a half-century. Her family moved into the parish when she was Carol Powell, in first grade. As a child she was in the music program and this continued through high school at Little Flower and at Temple University where she majored in music education.

“When I was in my sophomore year at Temple, Sister Imelda, who was in charge of the music program (at St. Martin’s) called me and asked me to help with the Christmas concert and that led to a part-time job,” she remembers.

Meanwhile John Powell, who was a member of Holy Child Parish, was studying music — especially church music — at Villanova, and it was an organ competition sponsored by Yamaha that brought them together.

Sister Imelda happened to be one of the judges, and after John won it she offered him a part-time position at St. Martin’s, which unbelievable as it seems, had six part-time music faculty members. That was in 1972.

Carol was young, John was young, and Carol’s sister Rita, who was younger, was taking organ lesson from John. He began to pump her for details on her big sister.

“Don’t tell him anything,” was Carol’s initial reaction. But that didn’t last long and soon their solos became a duet, and they were married at St. Martin’s in 1974. 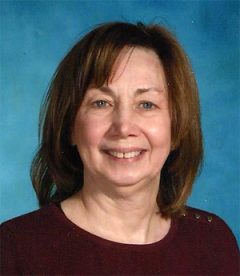 Music teachers, especially part time in elementary schools, don’t make a terribly lot of money, but the young couple did many other things to make ends meet. John formed a band that played country clubs and private parties, with Carol as the lead singer. They never had children but like Mr. Chips, they had thousands of kids through the school, and the ones they taught were like family.

One thing Carol has noticed is that at the end of the school year so many of the children receiving academic prizes were those who also studied music.

At this time the Brennans have about 75 students in the program, and they all pay a fee to participate. John teaches piano and organ, while Carol teaches most of the other instruments. They also lead two choirs with about 85 students. 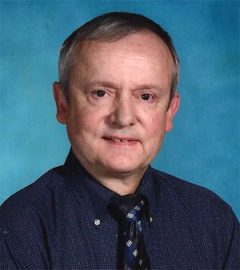 Carol wonders, does the discipline that is essential for music study make them better students? She does know music is also helpful for students who may be shy with not many friends. The music gives them a shared experience and builds up friendships.

“It’s nice to see so many of the students go on to bigger and better things in music,” John said. “They are like our extended family.”

Meanwhile, although John doesn’t have a band anymore, they do all of the music for St. Cyril of Jerusalem Parish in Jamison.

But whether it is Philadelphia or Jamison or wherever, if you want Carol you get John too, and vice versa. They are a team and their marriage is a 24-7 gig, and that’s exactly how they want it.

PREVIOUS: Author, teacher tells how to hang out with women of Bible

NEXT: From humble means, Fitzpatrick honored as leading banker