Confessions from a face-to-face confessional 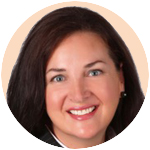 Two lines formed at confession: a markedly long line at one confessional and a shorter line at the other. Easy decision. I queued at the end of the short line.

Walking into the confessional, I realized what shortened the line. An impossibly small sign, the size of a name tag, read “Face-to-face” at the entrance to the confessional. Would it be rude if I backtracked now? Other people waiting would see me pause at the confessional entrance before suddenly leaving. What would they think?

Additionally, I had already pulled the curtain, making eye contact with the priest. Too late. I walked past the small sign, silently chiding myself for not buying glasses the year before. I sat down.

The priest asked, “What’s your name?” Er, Jane Doe? What happened to anonymity? I replied, “April.” Brief, good-natured joking ensued. Yes, after living over half a century, I believe I’ve heard all the “April” jokes. I wasn’t offended, but rather relieved to see the priest in my confession laughing and not crying. Hopefully as equally good-natured, I went along with the joke before confessing my sins.

I shared the sins I remembered from prior contemplation. I noticed one particular sin seems to be a repeat offender, and it happens to be a deadly sin. Pride causes me the most difficulty. I confessed this sin and briefly spoke of my struggle with it. Sometimes, I perform kind deeds in hopes I will gain recognition. And sometimes, I rely on my will instead of God’s. I’m working on it. I intimated that I know I can work on it all I want, but in the end, only God’s grace will help me overcome.

I confessed other sins. At the end, the priest said, “This is a good confession.” Good confession? Hmmm. I thought of kicking the curtain open, doing an “end zone” dance, and pointing to the roomful of parishioners, saying, “My confession is better than all of y’alls!”

Sigh. Not exactly the road to humility. Although this was more of an amusing thought than an actual consideration, I spent a marked amount of time during my post-confession reflection. I am thankful we have a God of second chances.

Immediately, I asked for a cheat sheet as I spied a laminated card on the armrest. The priest looked over the card. He realized that particular card didn’t contain the Act of Contrition. I realized something different: I must be the only person confessing today who didn’t have the prayer memorized. “OK,” I said, “Would you mind starting me off?”

The priest began the Act of Contrition until my memory jogged and I joined in. Patiently, he waited until I faltered again before adding a few more words. And so it went as I muddled my way through to the end. Again, the good nature of this priest cannot be overstated.

Maybe it’s my lack of knowledge about the dynamics of face-to-face confessions, or maybe I watch too much EWTN. Either way, when the priest raised his hand to absolve my sins and pray, I instinctively leaned the top of my head into his palm. I realized my mistake as he hesitated before finishing his prayer. I believe he meant to raise his hand, absolve and pray, before making the sign of the cross. Again, I’m grateful for this good-natured priest as I tripped my way through the confession.

In the end, he said something poignant about “April showers” in relation to sin and confession. He spoke of the rain of April showers as sin. He said repentance leads to the sunshine of forgiveness. And this process needs to happen to bring forth the beautiful flowers from the sowing in April. Not only do I forgive this priest for his earlier “April” joke, but I will tuck this little gem away in my heart for years to come. Any worry of my confession’s awkwardness diminished as he shared more encouragement and direction.

Why did I wait decades to return to confession? My ill-conceived reason was two-fold. I found speaking my sins to a priest — or really anyone — embarrassing. Also, I doubted the authority of the priest to absolve sins. The good nature of this priest created a warm, inviting and understanding environment. It was anything but embarrassing.

In contrast, his priestly authority offered insights, comfort and dialogue which I desperately needed. He did so, while putting me at ease. After the absolution and prayer I felt the release of a heavy weight and a joy that only freedom brings.

Regarding the priestly authority to absolve sins, I found truths. It is written Jesus, the Great High Priest (Hebrews 4:14), was given the ability and authority to forgive sins. Also, we know Jesus passed this authority on to the apostles (John 20:22-23). This ability has been passed down today through apostolic succession to our Catholic priests whose authority from the Holy Spirit forgives and absolves sins.

It was through not knowing that I began to doubt and not believe in confession. After spending more time learning the Word of God, I see the truth, believe, and will never question that authority again. Another case for learning sacred scripture. “Ignorance of Scripture is Ignorance of Christ,” wrote St. Jerome, translator of the Vulgate version of the Bible.

Sure, my confession was anything but perfect. But that’s the whole point really, isn’t it? We just have to bring our imperfect selves to confession before the Lord. With open and sincere hearts, our repentance honors him. God takes it from there.

April McMurray Aiello is a member of St. Thomas of Villanova Parish.

PREVIOUS: Be consoled tenderly by the Lord in confession, pope says

NEXT: Advent is a lesson in being vulnerable