Do what you can, when you can, to witness to the truth 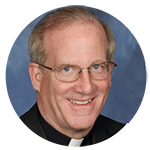 John the Baptist spoke “truth to power” and he lost his head because of it. He informed King Herod that his marriage to his brother’s wife was immoral. The Baptist was then thrown into jail and later beheaded as requested by Herod’s wife.

Long before he confronted the king, John the Baptist confronted the religious leaders of his day, the Sadducees and Pharisees. In Advent, we hear him speaking to them on the banks of the Jordan River: “You brood of vipers! Who warned you to flee from the coming wrath? Produce good fruit as evidence of your repentance” (Mt 3:7-8). And thus began John’s ministry of speaking “truth to power.”

Hundreds of years later in war-torn El Salvador, four women witnessed to truth, and as with John the Baptist, their message of justice and hope cost them their lives. Maryknoll Sisters Maura Clarke and Ita Ford, Ursuline Sister Dorothy Kazel and lay volunteer Jean Donovan were brutally raped and murdered by the death squads of the El Salvador military on Dec. 2, 1980, several months after St. Oscar Romero was executed by these same assassins while celebrating Mass.

These four women were murdered because they had imitated John the Baptist, speaking “truth to power.” Like the Baptist and St. Oscar Romero, they had paid the ultimate price for doing so.

Before she was killed, Jean Donovan had written the following words: “Several times I have decided to leave El Salvador. I almost could except for the children, the poor, bruised victims of this insanity. Who would care for them? Whose heart could be so staunch as to favor the reasonable thing in a sea of their tears and loneliness: Not mine, dear friend, not mine.”

Donovan and her martyred companions remind us that speaking “truth to power” can sometimes have tragic consequences. When it comes to challenging an authority or a superior, most of us say, most of the time, “Why bother? Nobody will listen to me. Nothing will change.” I have said those very words numerous times in my life.

But then I heard a simple parable that has helped me in getting over myself. A knight in shining armor was once traveling through the woods on his stallion when he came across a sparrow, a very tiny bird, with little spindly legs, laying on his back. Since animals can talk in the realm of parables, the knight asked the sparrow what he was doing on his back with his spindly legs up in the air.

The sparrow responded: “I’m holding up the world.” The knight laughed out loud and scoffed: “You crazy bird! You cannot hold up the world with those legs!”

And the sparrow simply responded to the knight: “One does what one can.”

One does what one can. Whether you are speaking “truth to power” or just living your life day to day, that is really all God expects of you and me — doing what we can, when we can. May these Advent days challenge each of us to do just that.

Father Thomas Higgins is the pastor of Holy Innocents Parish in Philadelphia and a member of the board of directors for archdiocesan Catholic Social Services.

NEXT: Be consoled tenderly by the Lord in confession, pope says