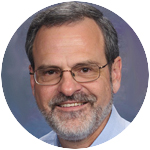 Advent is all about hope. More than just a season of waiting, Advent is a time of hopeful waiting.

Instead of crossing our fingers “just in case” Jesus shows up, the church urges us to use the time to prepare for his certain coming. It’s not a matter of if Jesus will arrive, but when he will arrive. Furthermore, we should focus not only on his birth and his second coming, but on his arrival into our present situation. In other words, Jesus wants to get involved in your life right now. All you have to do is ask!

Although it contains a very positive and relevant message, the Book of Tobit is not one of the better known books of the Bible. If you’re dealing with a seemingly hopeless situation, however, the story is one you should know. With that in mind, here are five lessons about hope we can learn from Tobit. Understanding and applying them to your present situation can transform your way of thinking and restore your confidence in God’s providence.

Good people have problems too. Tobit was a good man who performed many charitable works, such as giving food to the poor and burying the dead who were slaughtered by the evil king, Sennacherib. Despite the fact that he consistently followed God’s commands, however, Tobit was blinded (by bird droppings getting in his eyes!) and marked for execution by the evil rulers living in Nineveh. Don’t make the mistake of viewing your present difficulties as a sign of God’s disapproval or lack of care. Tobit endured a great deal of suffering, but it helped him to grow in faith. God can always bring good out of a bad situation.

(Related: Listen to Gary Zimak’s podcast on staying awake and getting ready for Christ this Advent.)

God hears our prayers. Both Tobit and Sarah (a young widow who lost seven husbands, each killed on his wedding night by the demon Asmodeus) were so overcome by despair that they asked God to end their lives. The Bible clearly tells us that the Lord heard their prayers (Tobit 3:16) and dispatched the angel Raphael to heal them. You may feel like you are praying in vain, but rest assured that God hears you and will answer in the best possible way. His answer often exceeds our expectations. Tobit and Sarah were so hopeless that they asked to die. In His infinite power and mercy, God chose to heal them instead.

Expect opposition. If you choose to put your faith in God, don’t be surprised when you encounter opposition. Some people will question your sanity and ridicule you for trusting so much. Sometimes Satan will plant thoughts of discouragement in your mind. All of this is perfectly normal. Don’t let it stop you from turning to the Lord in prayer. Tobit endured many harsh words from his wife and Sarah was accused by her maid of causing the death of her seven husbands, but they never stopped praying. Choosing to imitate them would be a wise move!

Don’t let fear stop you. Fear gives us the chance to practice our faith. Unfortunately, we often fail to take advantage of the opportunity. When faced with a hopeless situation, we sometimes give in to despair. Doing so might be easy, but it also deprives God of performing a miracle. Pushing past the fear that he could fall victim to the same fate as the seven men who preceded him, Tobit’s son (Tobiah) listened to the advice of Raphael and took Sarah as his wife. His trust in God’s providence was rewarded and resulted in the deliverance of Sarah from the demon who brought about the death of her previous husbands. Are you willing to trust the all-powerful and all-loving God with your “hopeless” problems?

God operates on his own schedule. No matter how hard we try, we can’t force God to act. Attempting to do so will only result in frustration. Even though both of their stories had happy endings, Tobit still had to endure blindness for four years and Sarah lived through the deaths of seven husbands. The fact that God isn’t granting your requests doesn’t necessarily mean that he is saying “no”. Your breakthrough may be right around the corner. Don’t stop praying!

No matter what you’re facing right now, don’t lose hope. There were probably moments of doubt for Tobit, Sarah and those who waited for the Messiah, but they didn’t give up. The Lord came through when the time was right. I know He will do the same for you too!

Gary Zimak is an author, speaker and radio host based in South Jersey. Connect with him online at FollowingTheTruth.com.

NEXT: Mary had grace from the start, but we can catch up