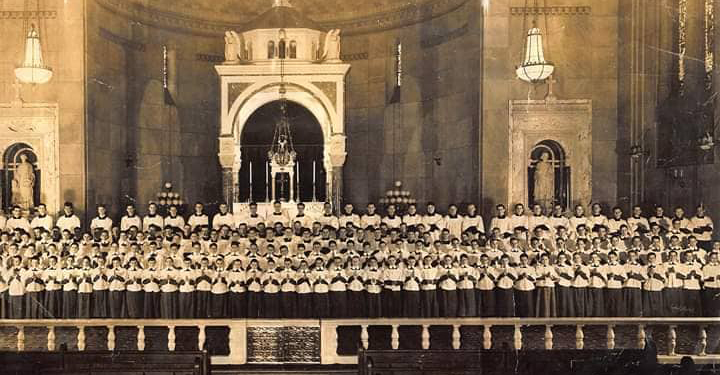 The massive nave of Immaculate Conception Church in East Germantown, Philadelphia, is teeming, its pews filled with neighbors, one or two generations removed from the tenements along the Delaware River and South Philadelphia.

They were about to become “the Greatest Generation,” but they didn’t know that, not during that particular Christmas Vigil.

America, asleep on a Sunday morning, had been attacked three weeks before. And the young men who, a few years before, had served on the altar, strolled the streets of Chew and Price toward their school, where they pledged allegiance and prayed, had already responded. They embodied the future of this tight parish, and many a tearful good-bye had already been spoken.

As the pipe organ aloft struck its first notes, the church was dark, except for the four Advent candles towering in the apse. What traditionally was a moment of hope was overtaken by dreadful foreboding — loved ones uncertain that their sons, fathers and brothers would return. 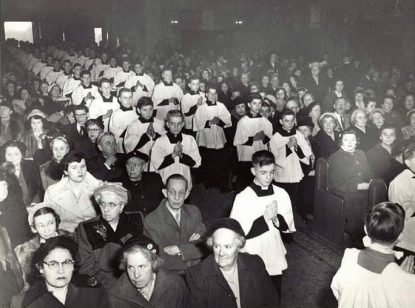 The organ continued somberly as a faint glow began to shine from the vestibule. Then two perfect lines of lit candles, each born by boys in white and crimson cassocks, began to move through the main aisle. Their shadows marched in dual procession as giant flanks along the cavernous walls, and receded in the distant rafters.

At the rail the flames parted, then reunited in front of the altar, illuminating only the faces the choir, over a hundred strong.

The organ paused, and on cue a single boy, not yet 10 years old, stepped forward.

A hush fell as he alone began to sing a capella. His tone was high and soft, yet resonant from the first note: “Oh Holy Night, the stars are brightly shiiii-ning. It is the night of our dear Savior’s birth.” As if to assuage the fears of his community, he continued with more confidence, his voice rising, crescendo: “A thrill of hope, a weary world rejoices. For yonder breaks a new and glorious ‘morn.”

Then, in an instant, the lights of the church, and the strands of colored bulbs lining the tree and crèche, blazed alight in perfect concert.  At the same moment, the organ thundered and a hundred young voices soared: “FAAAAALL on your KNEEEES!! Oh HEEEEAR the angel voices! Oh NIIIIIGHT, divine!” 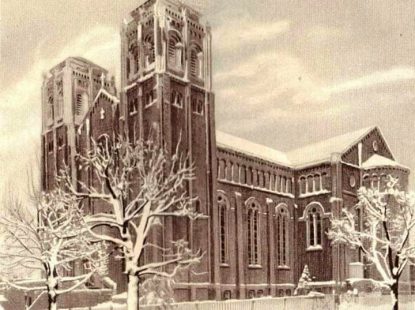 An illustration shows Immaculate Conception Church, Price and Ardleigh Streets, in the Germantown section of Philadelphia.

Our father was the 9-year-old boy at the altar. He recounted that story to us the year before his death, after a long bout with Alzheimer’s disease, at Christmastime in 2012.

Despite his confusion, he assured us that, when lights came to life, they revealed an entire congregation, hardened men and even stronger women, weeping openly.

And, when the choir joined him in this ancient hymn, the hope of Christmas was reborn in his childhood church.

Cornelius (Neal) Nolen lives in Odessa, Ukraine. Originally from Philadelphia and a graduate of St. Joseph’s Preparatory School and St. Joseph’s University, as a sixth grader at Holy Cross School he won a nationwide essay contest to mark the 1976 International Eucharistic Congress in Philadelphia. His essay was published in the former Catholic Standard and Times.

The editor of its successor, CatholicPhilly.com, perhaps coincidentally, several years ago received  an old four-foot-long framed photograph of a large boys’ choir in a huge unidentified church. The photograph was sent to the archdiocesan archives where it remains today. Reproduced above, it was included in this story by Mr. Nolen, who did not know of the photo’s current whereabouts. Nor did the editor know of its connection to Immaculate Conception Church (closed in 2012) or to the Nolen family, until reading this story.

NEXT: Bikers rev up Christmas for teens at archdiocesan home