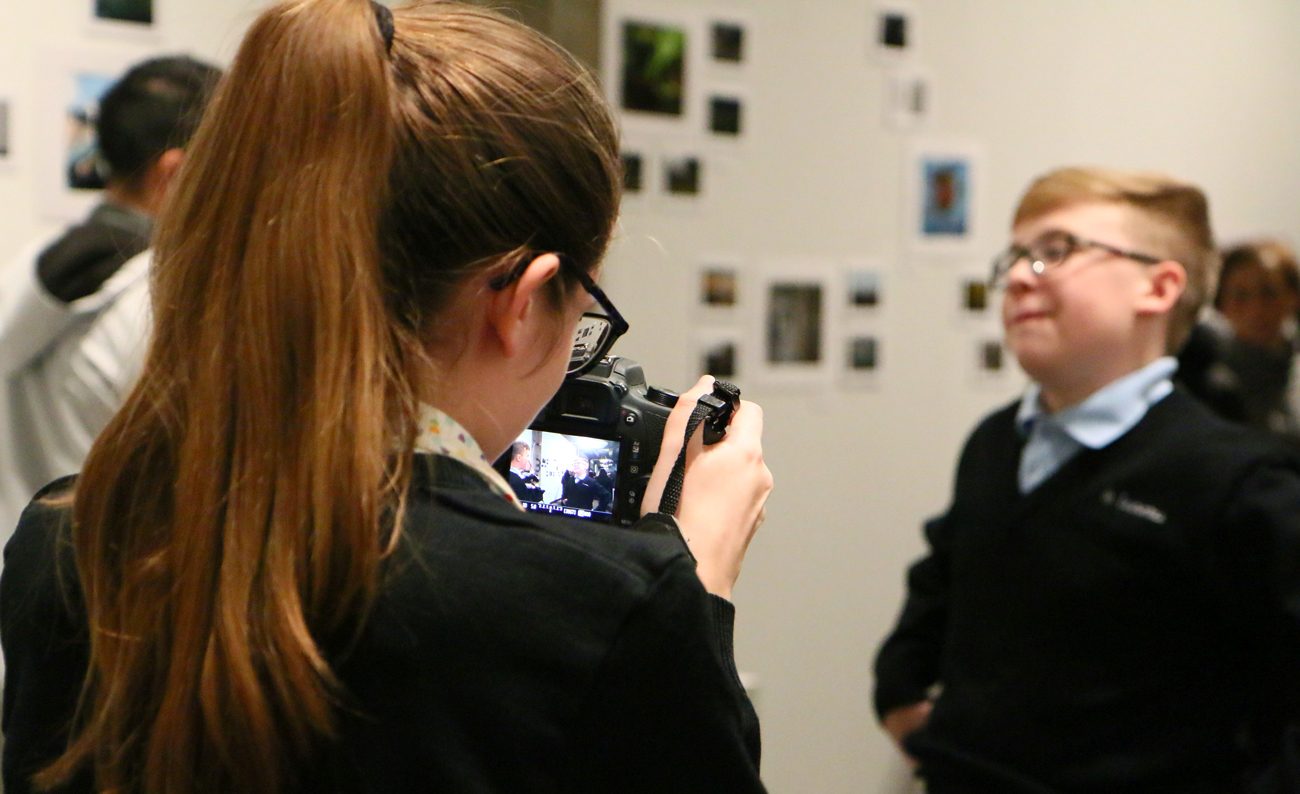 Students of St. Laurentius School in Philadelphia's Fishtown section use the skills they learned in an innovative program-partnership for digital photography during their Dec. 3 exhibit at the Crane Arts Center. (Photo by Sarah Webb)

First, we had reading, writing and arithmetic, the three basic and most necessary skills young people had to learn before they began to make their way in the world.

More recently many schools adopted STEM with a greater emphasis on Science, Technology, Engineering and Mathematics, because these are deemed the crucial work skills most needed in our ever-more complex society.

Catholic schools added an “R” to the acronym, because from their point of view Religion is just as important or more important than the other subjects.

A most recent iteration is STREAM, adding Arts to the mix. But if you emphasize everything, isn’t this really emphasizing nothing?

Not so, according to Elaine McKnight, the principal at St. Laurentius School in the rapidly gentrifying Fishtown section of Philadelphia. Arts in this context involves learning how to apply these other skills to your life.

A most recent example of this was a course on photography offered to the Catholic school’s upper-grade students. This wasn’t an after-school camera club, but a school time course conducted by professionals from a local nonprofit, the Philadelphia Photo Arts Center, that provided teachers and loaned digital cameras. 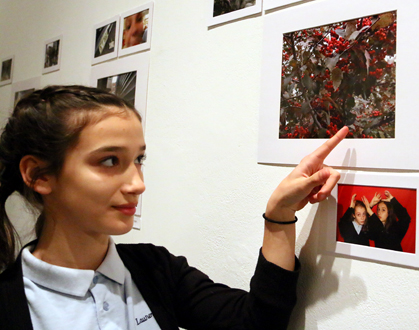 As McKnight explains, it wasn’t just taking a camera and snapping pictures. It was very much about the technical science involved, for example such elements as lighting, shadowing, timing and composition, all of which are involved in the art of photography.

Along with the classroom lessons the students had assignments to go out into the community and take pictures of different events which they made into a video.

“You have to remember these children were 12 and 13 years old. I can’t say enough about this program. It definitely fits in with STREAM,” McKnight said.

St. Laurentius School is itself something of a survivor in the ever-changing climate of Catholic Philadelphia. A Polish national parish founded in 1882, St. Laurentius merged into Holy Name of Jesus Parish in 2013 but its school remained open, serving mostly Holy Name of Jesus Parish. The enrollment numbers are small — about 200 last year — but it is through imaginative programs, including STREAM, that it has stayed open.

This is actually the second year that the photography program has existed, according to Duane Rutkowski, who teaches eighth grade and coordinated the program at the school.

Last year it was offered on a smaller scale to seventh graders and this year it included children from both the seventh and eighth grades for the upper grade kids doing more advanced photography because of the positive experience the previous year.

The program itself was conducted through a grant obtained by the Philadelphia Photo Arts Center. The non-profit organization has run similar photography programs for a number of schools both public and private, according to Alina VanRyzin, who was the lead teacher.

“The students learn they can do a lot with a camera and discover photography as a special skill they can master, and it is a career field they can learn about,” she said. “What was unique at St. Laurentius is that we did it in the school itself.”

After the end of the 10-week program on Dec. 3 there was a one-night exhibition of the students’ work at the nearby Crane Art Center, a former industrial building that now houses almost a hundred tenants connected with various forms of art including the Philadelphia Photo Arts Center.

This exhibit was icing on the cake for the St. Laurentius kids.

“I think it was great to see the exhibit because I’m proud of how hard we worked on it,” said Mary Tomczak, an eighth grader. “My classmates and I worked extremely hard on this; the teachers were great and taught us a lot. We all now have artistic eyes.”

William Smith, also in eighth grade, said, “The teachers were great and taught me a lot. We worked hard and everybody was pleased with our work.”

Savannah Hensler, who also took the course in seventh and eighth grade, confessed she was nervous but happy. “It was fun learning how to do things with a digital camera and I hope to continue in high school,” she said.

Someday, perhaps, there may be St. Laurentius grads as professional photographers also passing along their knowledge to the next generation. 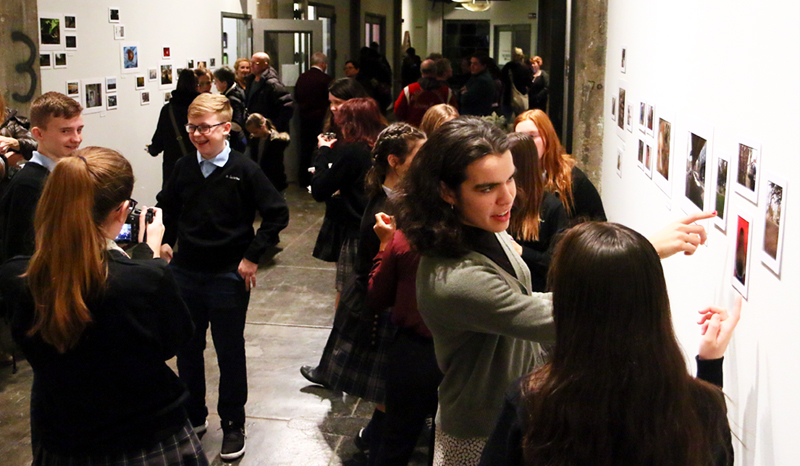 PREVIOUS: Our Lady of Guadalupe calls us to change culture, attitudes

NEXT: Detained by ICE, family longs to be home in South Philly for Christmas